A Journey - The Horror

A Journey - The Horror

As usual we all wait for our yearly home trip, its not merely a course of journey, rather carries a testimony of feelings, dreams to realize, cheers to exchange and happiness to share. Thus we are informed to start our journey on 3rd November 2005.

When time comes for a journey, me, you and they feel elated, thinking that it may carry lots of fun fare, but for a while we forgot the other side of the coin however, life is such a journey. Thus we headed towards a known destination from an unknown identity backed and bagged by many good wishes and feelings. We shared our happiness in length and breadth in many different ways with one another. Sometimes do not know why we human beings make a complicated analysis of all human knots, try to stretch it from North to South and find no where we reach.

The journey on an equatorial channel pushed me into the world of cross word of thoughts, short of words, lack of expressions and beyond all my capacity of imaginations. When the moment of journey knocked at us, we were there beforehand with all precautions and prejudices because the weather was not in our favour, the sea was rebellious, uproarious and made us upset. In spite of all these psychological obstacles, early morning we boarded the speed lunch to reach the nearest airport ‘Gan’ the first step of our strained journey. Friends and all well wishers left us at the harbour, showering all their good wishes and assured prayers. What a pleasant moment was that?

Let’s journey into my distinctive oceanic adventure. The captain whistled, the engine roared, the speed lunch started and we whispered our individual prayers. I found a local gentleman sitting front to me, looking comfortable, confident and started smiling at me. I broke the silence and questioned him ‘sir how is sea today?’ Oh God it is rough. He replied and also continued saying that he had no problem as he had no problem as he was a local person and moreover a male. The next moment it sparked at my womanhood and had a loud laugh inside. How come sea waves differentiate between male and female, local – expatriate? Funny indeed!

By then, the launch was gearing up, crossed the lagoon, entering into the mid sea, within that few seconds I solved many unpleasant questions and landed into the world of reality as an arrogant wave dashed our speed launch and passed by, splashing a sparking fear on our face. The very next moment I inspected at others, their smiling and charming faces were becoming thin and thinner, forgetting all good sense of humor and happiness, they were in the grip of cruel fear.

On the other hand, found some gentle souls lost in their prayers and others were intensely emerged in the world of laughter. All of a sudden, sensed another scary wave approached with greater intensity and force, for some seconds felt as if we dashed a huge rock. The sound was ferocious and the after effect was miserable. It shook us like how a drunkard shakes his new wine bottle. We jumped up and down, moving left and right, the speed launch dug deep down and again jumped to touch the roof of the sky, made us nervous, completely drenched and disturbed.

The captain was tensed but balanced, which reminded me as there was a tug of war between the nature and technology, who was overpowering on whom? Was it the nature, the creator or the technology, the exploiter? When others were screaming, shouting and praying I went into the dense forest of my thought, though the fear was known but the intensity of impression was unknown. Every wave that crossed us, carried the strength of couple of nuclear missiles, made us realized its annoyance and arrogance. I was determined to face any eventuality, made myself like a rock statue, supporting and thinking through out. Still the local gentleman was in his deep prayer. Another huge wild wave was advancing. Thus through out the journey, we were terrified.

Amidst all these, my thoughts did not isolate me, but slowly I was collapsing, though my confidence was high, but nothing worked. I burst out, the rock started melting then. I recollected my courage and consoled myself that ‘cool still a long way to go.’ My goodness time stopped its movement; waves were adding spice to our misery and suffering had no end.

All of a sudden I could hear someone’s laughter and amusement after discovering the sign of Next Island. It made me to back to normalcy, felt as if I am alive and survive too.

Hat’s off to them, who were normal throughout this adventurous journey that left a thin smile on our face. I felt a through suffering of 105 minutes in that tiny plastic cell.

Hat’s off to technology that ensured us that every adventure of nature can be controlled and combated too.

Hat’s off to the nature beholding all treasure of creation looks so smooth, soothing and simple to a distant looker, but the very within is burning like helium in the sun.

By now, we were close to the shore; I lifted my head, realized my physical existence, life turned lively again.

Alas! The local gentleman has just finished his prayer; his face was tanned by nature’s fury.

He looked me more like an expatriate and we were comfortable fresh just like any local person, getting ready to venture another journey, thinking high of our courage, planning to start life again as normal as before, realizing the ultimate victory at the end. 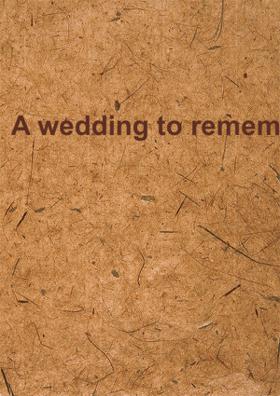