It was the first thought that came to her as she woke up. He was gone.

And, soon, this bedroom, the house in whose eastern corner it sat, and the tiny garden outside with its gnarled old red hibiscus and the half-grown mango tree they had planted together, all those would be gone as well. It was the strangest feeling ever.

She still wasn't sure if this was one of their pretend-play games, where he would suddenly pop out of thin air and call for her. She longed to hear his voice.

She walked around the house & peeped into the tiny porch, where his chair still rocked, only missing the fresh aroma of his morning coffee. Every morning she would nudge him for breakfast even before his coffee. She was surprised that today there wasn't the slightest trace of hunger.

She stepped out of their gate, taking the same route they followed every day - a friendly hello to the old lady down the street, a quick stop at the milk parlor, a jogging run around the neighborhood park looking at all the strangers smiling at her with so much love and affection. Today, the smiles were still there, but were accompanied with a tinge of sadness. She wasn't sure if her eyes were moist or theirs!

As every other day, her friends across the street came by. She could stay there, spending time with them all day today, as he wasn't around to call her home. But all she wanted today was just to get back home, & stay there remembering him, feeling his presence with the typical odors of his perfume, his socks, his last baked cookies.

She walked back home, much slower than usual, savoring in every step, & looked around every corner of the street. She knew they wouldn't let her stay here for too long. She would miss this place, the only place she knew, and had lived all her life! She would miss him!

It felt like it was yesterday when he had brought her home!

She could still remember that night vividly. He had sat through the whole night with her, by the fire, ensuring she survived the cold. She still cuddled into the same blanket sometimes, just to feel the love and warmth. He had nursed her wounds of the grave accident down the street, where she was left to struggle alone, all by herself, after the big car had hit her mother & run over her leg. She was too young to understand what was more painful, her hurting leg, or her still mother on the road. Many people gathered around later, and spoke a lot of things she didn't understand. Only one person silently walked over to her, and picked her up tenderly. His touch & warmth was extremely reassuring for a confused mind. She never saw her mother again, but he made sure she never missed her any day!

She entered their lawn, and closed the gate. That's one thing he always wanted her to do, close the gate soon after you enter. She would do it today, even if she wasn't getting any 'brownie points' for this. That's what he called it, 'brownie points'! It was always their deal, that whenever she followed all the good practices, he would give her brownie points, that translated into her favorite brown cookies!! She loved to learn new things, just to hear him exclaim in wonder, and give her a token of appreciation! She would do just anything to see that smile on his face!

She looked around at the tiny garden, how beautiful it had grown. They had built this together over all these years, sometimes spending the whole day under the sun. He had let her help in digging pits for the plants with her tiny hands back then. She loved putting her hands and feet into the mud, and especially on rainy days. Slush ball was the best game

she had ever played! Oh boy, what fun it was! She loved jumping into the puddles, to splash water on him. He would pretend to be angry always, and then lovingly tell her never to do this again. He would tenderly help her clean up, to reveal the snow white skin that was buried under all the dirt!

She saw the tiny old bucket lying in the end of the lawn, and kicked it playfully. She had always wanted to help him in the garden, & after her multiple futile attempts in carrying the big bucket, he had bought her this tiny little bucket. She would dip this into the big bucket under the tap, and carry it to the plants. She would feel a proud sense of achievement in helping him in his chores, and especially this one, since none of her friends across the street did it. It was always an unsaid deal, the days she took care of watering the plants, she would always get a special treat from him! This was in the days when they hadn't devised their masterpiece yet. They built a neat pathway for water to flow into every plant in the garden & all you had to do was to turn on the garden tap which had a hose pipe connected. She liked to turn on the tap, and walk over to every plant and ensure the water was flowing in. The system hardly ever failed, but she still insisted on checking. He would sit on the porch admiring how she did it!

She climbed the stairs onto her mezzanine. This was her favorite hangout, to hide her tiny finds around the house, to escape when he was annoyed with her, or to have a cool summer nap! She fiddled through her secret collection, the broken toy which looked like a cookie, the punctured ball which she had managed to play with only for 2 seconds, the threaded pull along tag with almost no threads left, the piece of his shirt which she had accidentally torn off, the tiny little bow ......oh that tiny little bow, she had almost forgotten about it. This was her prized possession some time ago. It was her first gift from him. Few days after he brought her home, he had bought this brand new little bow, which looked exactly like the cute one the little girl down the street wore. She had always adored that bow. She could not contain her joy when she saw it, and when he actually put it on her, she felt a sense of pride like never before. She stood by the gate all day, waiting to show everyone who walked by. What a day that was!

From where she stood, she could see almost both ends of the street. There were no signs of them yet, but they will be coming soon.

She looked down at the cute little Beetle standing on the driveway. She loved the sound of its engine, as it announced his arrival, and could recognize it from the corner of the street. She would run to the gate waiting for the Beetle to come into view. The first things his eyes would look for as he got off the car, was always her. He would never miss their customary hug when he came home.And she loved the beetle even more when she was inside it! She adored the drives he took her on. She loved the wind beating on her face, she loved watching the passersby, she loved hearing the different sounds, and she loved just being with him! Sometimes they drove down to buy food stuff and fresh bread from Jack's store, sometimes to visit his friends, and sometimes without a destination!

Their voices pulled her out of her reverie. She could see them walking down the street towards the house. She always liked to welcome them whenever they came home to meet him, but this time she wasn't too sure if she wanted them to come. She knew that, this time, it was more than a friendly visit. She walked down with heavy feet, dragging herself all the way.

They walked in with their usual greetings to her. She suddenly realized how much they looked like him, and missed him much more than ever!

They spent the next few hours talking rapidly and pulling lot of things from the house. She couldn't make sense of what they were saying, but she knew the gist of it. She just waited for it.

They bid goodbyes to the neighbors, handed over the house keys to few strangers, packed couple of suitcases with his belongings, and had decided to take his dear little pet dog along with them. They called out for her!

For one last time, she ran around the garden and the tiny porch, licked the half-grown mango tree beneath which her mother lay, dug out the bone he had hid for her, and walked back to them with a heavy heart. She did not want to leave this place. All she wanted was to lie down there and wait indefinitely for him.

But after all the years she had spent with him, she knew he would give her the maximum brownie points for this! 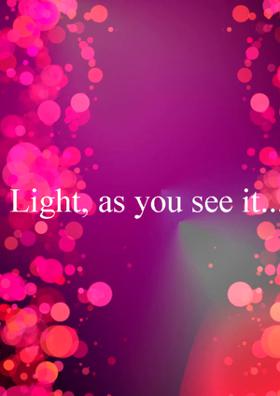