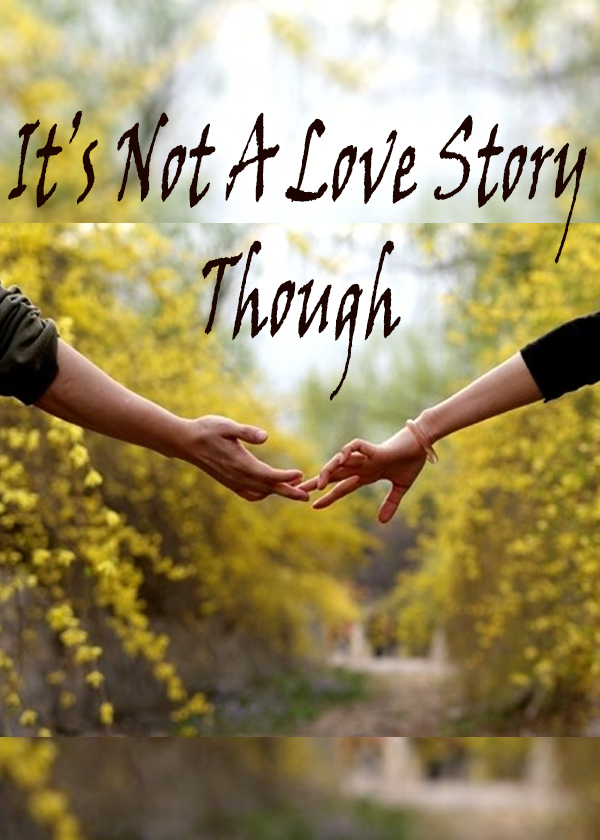 It’s Not A Love Story Though

It’s Not A Love Story Though

What is the definition of a perfect guy? Tall-dark-handsome isn’t it? He was all that and much more. He was witty, sarcastic, a big flirt topped with a hint of a mysterious charm. Meet Avinash, the devil in a saint’s body.

Meet Anvika, his classmate, beautiful, attractive, with a smile so warm, it could light up a dark room but innocent as a child.

They were not friends, had not even met, but love has mysterious ways. You never know when the cupid’s arrow will pierce your heart and you will be knee depth in the concoction of feelings, emotions and togetherness, otherwise called love.

Love touched their lives, but their story is not a love story not even remotely. Let’s start from the beginning, shall we.

It was just another day at school. Avinash and his friends were chilling outside their classroom, laughing and joking about anything and everything. This is when they noticed Anvika passing by. Out of nowhere, one of Avinash’s friend dared him to propose Anvika. Avinash, not being one to back down a challenge planned to propose her.

Anvika said yes, and he was happy. I mean who wouldn’t be, not much effort, just a little bit of his charm and the magic was done. It was quite an achievement at that time being his firs proposal, or relationship now.

They were happy. Their relationship was going well, they were a perfect couple, but they were only in school, no one is serious about relationships then and when you could not handle it, it’s good to break out of it rather than continuing it and feeling stuck. Well that’s what Avinash did.

Their perfect relationship did not seem perfect anymore and he decided it was time to end it. Yes, he decided to break up with Anvika. You can’t blame him though, like I said they were in school, no one is serious then. Life is all about friends, making career choices and friends again and amidst all this if you can’t handle a girlfriend, it is better to not have one. After all Avinash never actually ‘loved’ her

But Anvika, she was different, she never said yes because of a stupid dare. She most probably liked Avinash, a little more than he did. In other words this was serious for her, she was heartbroken, and why wouldn’t she be, after all he initiated the relationship and all of a sudden decided to end it without any explanation.

Heartbroken as she was, Anvika decided to end her life. She tried to commit suicide. Keyword- tried. She is alive, very much healthy and happy.

But where Avinash fit in all this and if not before, then when did the stupid ‘love’ hit him…

Like I said, break up never phased Avinash, but the news of Anvika’s almost suicide hit him like a tornado. He felt responsible, for a crime he did not commit. That one news changed him; he was different now he was serious now.

Avinash tried to talk to her, tried to apologies, tried to win her back; but all his efforts were in vain.

Someday, somehow, he did know when or how, he fell in love with her, was it the guilt that was the foundation of this love, or the fact that he had almost lost her, had awoken some deep buried feelings, I don’t know, neither did he. He only knew one thing, and that was his love for her was true. He was in love with his ex-girlfriend.

He tried to tell her this, tried to shower her with his love, but he could not get her back, not this time. The girl he once charmed with no efforts at all, was not even ready to give him a second chance now.

He was in love with her, she had moved on. He was reminiscing their moments together, she was creating new memories. He was devastated and she was full of life. Where his life seemed to come to an end, she was writing a new beginning. He was grave; she was happy, happy with someone else.