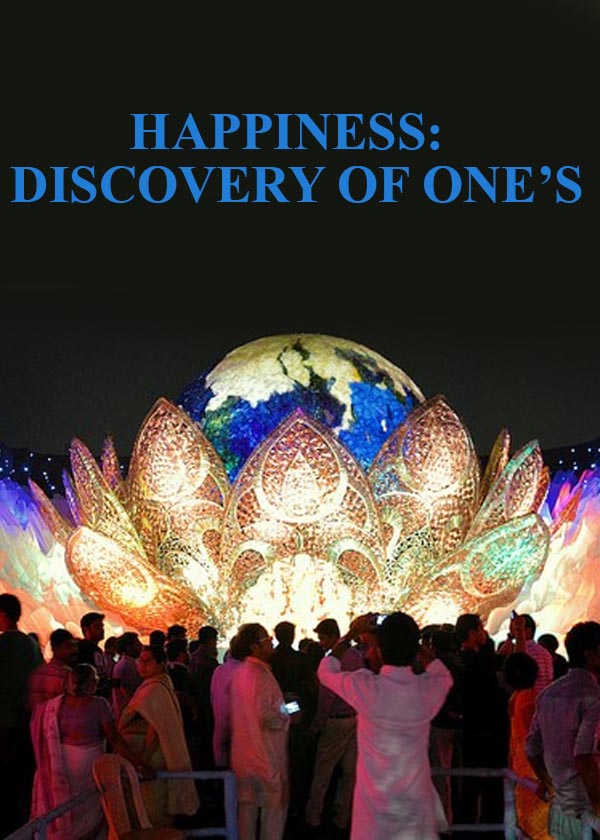 “Bolo Durga Ma ki, Jai”, shouted the crowd as they pushed forward the truck carrying the idols of the goddess Durga and the idols of others gods and goddesses. It was a very festive mood, everywhere the Bhajans of Goddess Durga floated in the celebrative atmosphere of The City of Joy, firecrackers lit up the night sky, while street food, shops and ‘Pandals’ dominated the landscape of Kolkata. The colorful dresses of the people added to the external beauty of the otherwise well lit decorated city of Kolkata. Somewhere in the middle of the celebrations, in a small dark alley, sat three boys, their faces not well lit as the other people. They were dressed in normal ‘Baniyan’ and shorts. They belonged to very poor family and don’t have enough finance to enjoy the festive season. They sat their playing ‘Gooly Danda’ and one of them shouted that he has won the match. The other two got very angry, pushed his friend flat to the ground and started to beat him. At last, they all laid flat on the ground and started to laugh and enjoyed the night sky which was glowing with fire crackers. They were like best of friends.

“O brother, let’s go outside and see what the people are up to.”

“it would have been better if we had money. Friends, let’s steal and eat.”

“No, Durga Maa has told that stealing is very bad. Anyways, let’s just roam around for some time and come back.”

So, the 3 boys jumped in joy as they moved forward to the main street where the main celebrations were happening. They were surprised to see, thousands of people in different dresses and so many food items!

“What a heavy crowd! Brothers, hold each other’s hand. Don’t let anyone go.”

First they visited the Pandals were they took blessings of Goddesses Durga. They visited some 3 to 4 Pandals, commented on the various designs and shape of the idols and so the colors! They had a smile on their face. Not very long did the smile stayed on their faces, when one of them was left behind the group, impressed to watch a street drama for a longer time. By the time it got over, he realized that he was stranded alone in the crowd of lonely people! He looked in all possible directions, but could only see a river of Human beings flowing! A slight fear appeared in his face, tears began to drop, he shouted, “Dada”, but no one responded. Imagine the plight of this small 8 year old boy getting lost in the middle of the forest of Human beings who was all strangers to him? He went to the side of the road and stood their crying! The people even didn’t care to notice! Once or twice, two people stopped to look at him but was carried away by the festive mood that they left him their helpless and alone! A lady approached and stood beside him.

But that Didi was so busy on her phone that she failed to notice the boy in spite of his repeated requests. The boy pulled the hand of Didi; she at last looked at him.

“Dirty boy! Shore jao (Move aside), don’t disturb me. Oh God! I have to bath again” and she cursed the boy and left the boy and his loneliness alone. It was like really shocking!

Finally Goddesses arrived in the form of a ‘White’ lady who happened to extent help to the boy on seeing his saddened face. To be precise, she is a tourist from Germany, came to visit Kolkata to explore more about Durga Puja. She bend down took out an hanky and wiped his tears.

She asked,“Why are you crying?”

“Dada hariye gache (I can’t find my brother, I’m lost.).” And he started to cry again. The Lady was speechless. He asked a nearby passer-by what the boy was saying. He translated by saying that he has lost his brother.

“Could you please help me to find his brother, sir?”

Opposite of the boy, was a Pani Puri shop and a group of boys were having a competition among themselves, who could eat the most Pani Puri? Among the gang, one boy caught his eyes to the strange scenario of a ‘White’ lady bending down and weeping the tears of a small ‘dark’ boy. He told his friends,

“You guys carry one. My uncle’s shop is nearby, I will pay him a quick visit and join you guys.”

He paid of his bill and went straight to the Lady. “Yes ma’am, May I help you.”

The trio sat on a nearby restaurant having sandwiches. “My name is Angelina and I’m a tourist from Germany. I came to study the colorful festival of Durga Puja.”

“My name is Shouvik Das, you can call me Tito. I study in a nearby college. I just came to hang out with my friends and to enjoy this auspicious celebration.”

“Could you please translate what the boy is saying, it’s indeed my pleasure to extent help to this noble boy.”

The boy told his story to me, who later translated so that Angelina could understand.

“He belongs to the slums of Dhakuria, the one which is near to the railway tracks. Years ago, the government destroyed their home due to illegal construction in the railways area and now they live in some thatched hut. He has never seen his father and his mother works as a servant in some landlord house. He has an elder brother who stays with him.”

“Tito, ask him does he goes to school or not?”

I asked him. He said no.

“Tito, you know, in this festive season, I have noticed one thing. People are very selfish about their happiness. They want to satisfy only their happiness. They ask the blessings of goddess Durga, but forget a very important thing in life and that is caring of others, showing respect to others. All the people I have asked, they had their own task, they were in a hurry, so they refused to help, but you stepped forward to help. Even you have your friends, you want to have fun, but still you came forward to help. Why? It because of your love to your fellow beings. You want to spread happiness, so you get back that happiness in return but through some other form. See the crowd, no one cares for anyone, they have their own ways, why should they come and help a stranger?”

I was really feeling embarrassed. A German lady, who came to India, to study about Durga Puja, has already got a negative impression about the people. It is not about the external happiness but the internal happiness gives a much more warmth smile. He began to relate the analogy.

“Angelina ma’am, I feel also like that, we shouldn’t showoff our happiness to others. Like this, grand celebration, the government must have spend crores and crores on it. They are just showing off, instead they could have improve the welfare and conditions of the slums, which they rarely care, because there is nothing grand about it. Since, now Goddess Durga has come to our land, there should be happiness around, but still some people don’t have basic necessities to enjoy even in this Puja holidays.”

They had some discussions on this topic when suddenly the boy shouted, “Ami bari jate chai (I want to go home).”

“He is saying that he wants to go home”, I translated.

So, the trio was about to leave when the boy asked, “Ami dadar jone kabar niye jabo (I want to take food for my brother).”

When I translated, Angelina ma’am was almost in tears. I understood the moment but kept quiet so that he could feel his inner self.

The trio left the restaurant. The boy was saying the directions and they were following accordingly. As we near the slums, we could see how grandness the celebration was. It was not that well lit and decorated as the main street but still people were dancing to their heart content. There was a smile on their faces. On reaching the boy’s house, he ran inside quickly, shouting, “Dada, ma, where are you?”

On seeing the happy reunion of the family, tears rolled down from my eyes. He tried to hide his happiness, but it came out as his tears. The boy asked, “Dada, ai dada ta are ai didi ta, amake bari nia esche (This kind brother and sister bought me back home).”

“Tito, say him that I shall pay for his education fees and all the necessary amenities and shall look after him till he reaches his age.”

I translated in Bengali and they were really happy. She told me that she will send regular send money through online from Germany and it is my duty to see if everything is handled properly.

As they were about to leave, I could feel that happiness generated within him. Surely, there is some magic in this festive season. Ma Durga has landed into Earth and immediately spread happiness on her land. This is the magic of Durga Puja and why it is known an auspicious time for all the people of Bengal as it unites them together. All the people irrespective of their status in society join their hands together and shout the holy name, “Bolo Durga ma ki, Jai.” I could feel the happiness inside me, but I e can’t express it but which is far better than the happiness which he gets from his friends, family and from his daily life.

Before leaving, I turned around and asked,