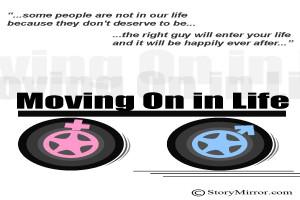 She smacked me square on my back. I winced a little in pain and glared at her.

“This is the third time in the day your mind has wandered somewhere else. What’s up?” Ishita asked with a concerned expression.

Ishita and I have been friends since we set eyes on each other and have been really close since then.

“Nothing,” I responded with a dazed expression.

“Babe! I have known you at least for one year now. I know something is wrong, Tanisha,” she said.

“Is it something to do with Aarav?”

Aarav was my best friend. I mean, I thought of him as my best friend. He had been there for me during some rough times, but that was earlier in our friendship. As I got attached to him and started considering him my greatest friend ever, I realized that I didn’t have the same place in his life as he had in mine. Still, I couldn’t help it.

“How many times do I have to explain to you that the guy is taking you for granted? He is not worthy of you,” she said smacking her head. “He cleared your doubts that he isn’t the right guy,” I said.

Ishita had hated Aarav saying he wasn’t a trustworthy guy, but once he cleared her doubts about him. She said he was okay but still didn’t approve of the special treatment I gave him. “So you plan on saying sorry to him again?” she was staring at me disapprovingly.

“Maybe I do get too clingy sometimes but I simply can’t help it,” I said.

“You behave as if you are in love with him or something,” she snorted.

“You bet,” I made a face and went off to find Aarav.

Well, I agree. I was secretly in love with him and I was going to tell him how I felt for him soon as I couldn’t hold it any longer. This fact was only known by me and my sister because my sister was the one who made me realize that I loved him. Actually, I hadn’t admitted to my feelings for him because I was afraid that he wouldn’t feel the same for me. But my sister assured me that by the way he talked about me and by the way he treated me, he did have the same feelings for me, but he too didn’t want to accept them. Maybe, when I told him that I loved him, he would also be able to accept his feelings for me and today was the day I was going to do that because I couldn’t wait any longer. I had better do it or else it would be too late. I saw him sitting with his guy friends and called out for him. He came trotting towards me.

“Okay, but not here. It would be rather uncomfortable with everybody watching,” he said. We went to the back of the building, where we usually hung out because not many people came there.

“Well, first of all I am sorry about yesterday,” I looked at him.

“It’s quite okay. We fight all the time, but as always it was really a small thing,” he smiled. “Thanks a lot for that,” I smiled too. Maybe, now was the time.

“So that was the important thing?” he raised his brows.

“No, it wasn’t. Actually... I just wanted to share something with you,” I stuttered. “I am in love with a guy.”

“Oh Tanisha! I am so happy for you,” he started laughing and hugging me. “So, who is the lucky guy and when are you going to tell him that?”

“Well, the guy is sitting right in front of me,” I said eyeing him. He stared at me and then started laughing, “You scared me, Tanisha. I thought you are serious. By the way, nice prank.”

“This is not a prank. I am serious,” I drew in a long breath, “I love you.” He gaped at me, visibly shocked. He didn’t say anything for some time and then finally,

“I am so sorry, Tanisha. I should have told you this before. I have a girlfriend and I love her a lot. I have never thought about you this way. Of course, I love you but as a friend and not more than that.” His words slashed through my heart.

They hit me right across my chest. He had a girlfriend and he didn’t love me. I was hurt, like I have never been before by a guy. Tears rolled out of my eyes and I didn’t bother to wipe them off. Aarav, my first love, had just turned me down. He tried to hug me, but I broke free from his grip and ran towards my car and drove off home. Both my parents work, therefore, nobody was at home. So I just locked my door and cried out loud. I couldn’t bear the pain he had given me. It was too much for me. I have been heartbroken before, but they were my crushes and Aarav? I loved him, he was my best friend and I thought he felt the same towards me. I don’t know when but I slept crying and was woken by knocks at my door.

“Baby, dinner is ready. You should eat something,” my mother’s voice called out. “I am not hungry, mom,” I cried. Maybe, she sensed something was wrong and she just went away without saying anything.

It had been a week since I proposed to Aarav and he rejected me. I had been crying now and then since. I didn’t talk to anybody, I didn’t smile, I didn’t eat food properly. I was ignoring all calls. Ishita had come over to my house twice and I had told my mother to tell her I was busy and she did. My parents had grown very worried about me. That was the reason my mother came in my room that day.

“Hey,” she smiled. I just looked up at her and said nothing

“Sweetie, I know something is wrong with you. I may not solve the problem, but maybe, I can listen to you. You will feel lighter,” she said worried.

“I just had a fight with friends, that’s it,” I stammered. “With friends or with Aarav?” she inquired.

“How do you...?” I stared at her. “I am your mother, baby. I know everything even before you tell me about it,” she said. I broke into tears. I cried, I wailed, but finally, I told her everything.

“So that’s the problem,” she said thoughtfully. “If you ask me, I would say that he doesn’t deserve you. He doesn’t realize what he has lost. He has lost the most beautiful girl in the world.”

“You are saying this because you are my mom,” I said. “No, that is not the reason behind it. Okay, tell me one thing. Has he ever treated you the way you treat him?” she asked.

“Nope,” I said thinking for a while.

“Well, then sweetie, people like that are not worth your love or your tears,” she wiped my tears off. “But I love him, mom,” I wailed again.

“Let me tell you one story,” she said. “When I was your age, I fell in love with a guy. This guy was a friend of mine. I told him about my feelings like you did. He rejected me saying he didn’t feel the same for me. I was heartbroken.”

“You must have been really hurt?” I asked. “I was really hurt. I cried a lot, I stayed shut, but then after sometime I realized that some people can stay in your heart but not in your life. Some people do not deserve you and you have to move on to make space for new and better people. I did just that and you know what happened?”

“What happened then?” I asked curiously. “A guy came in my life who treated me the same way I treated him. He loved and cared for me in the same way. He respected me and realized my worth. You know who that guy was?” she said. “Dad, wasn’t it?”

I smiled. “Yes, it was your dad. And you have seen that we are very happy with each other. You know what, baby, sometimes some people are not in our life because they don’t deserve to be. And you need to realize that fact and move on because someday or the other, the right guy will enter your life and it will be happily ever after,” she stroked my hair lovingly. I looked at my mother, contented. How lucky I was to have a mother like her!

“I love you too, honey,” she replied stroking my back. A large burden seems to have lifted off my chest.

Moving On In Life