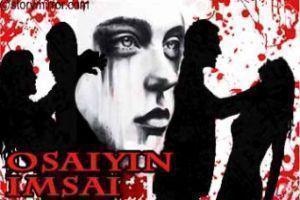 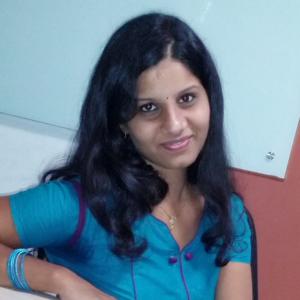 It was a rainy Sunday evening. Apsara was in her room enjoying the beauty of the rain. She loves sitting cozily by the window and watching the rain pour outside.

While the drizzle was splatting her doors, she heard a choral music followed by chorus song. She didn’t know where the song was coming from. Actually she doesn’t want to know about it since she liked it. The song made her daydream. She was dreaming of a girl in a beautiful white gown dancing at the center of a stage surrounded by a group of girls who were singing for her. Gradually Apsara's eyelids drooped and she continues the dream in her sleep.

Apsara Menon is a short wheatish girl with long hair and brown eyes. She is twenty-five years old and works as a clerk in a nationalized bank. She was a below average student in her schools and college days. She stays in Chennai with her roommates. Her parents stay in her native town, located to the south of Tamil Nadu. Apsara generally likes to daydream and most of the times she dreams deliberately.

Next day Apsara was hurrying to her office, as she was late. While she was pacing to the bank, she was humming a tune without her knowledge. She soon realized that the humming tune matched with a song that was heard at a distance. And the song was nothing but the chorus one that she had enjoyed the previous night. She took a moment to find where the song was from. On her right, she saw a movie shoot with her favorite actress dancing with the same chorus song being played in the background. In spite of her being late to the office, she watched the shooting for five more minutes and then rushed to the office.

Apsara spends the lunchtime with her office mates. During the lunch break, one of her colleagues described a shooting near their bank in the morning. Apsara listened to the story keenly. She had the feeling of having seen the shooting some time back in her dreams. She kept her thought to herself since she didn’t want to talk about her dreams.

Once her friend had narrated the shooting incident, Apsara also shared the incident that she had seen the same morning.

She explained that she saw a girl in a beautiful white gown dancing in the center of a stage surrounded by a group of girls singing for her. She also added that she liked the chorus song sung by the girls.

After the girl’s regular lunch talks, everyone left for their cubicles to work.

Neither her friend nor Apsara had shared the tune of the choral song.

Solitude had always been Apsara’s best friend. She herself stayed away from others and she was happy being alone. One of the main reasons for her isolated happiness was the music that accompanied her whenever she was alone.

Yes! Apsara heard voices and music when she was idle and alone. The sound was always imaginary. Apsara had never realized the sounds were not true. Apsara, being a daydreamer, for every music that was heard, she visualized a perfect situation related to the music. Her memory recorded these visualized events as real. Occasionally if Apsara happened to hear her imaginary sounds in reality, she mixed up the reality with her dream.

So what happened that morning incident was that Apsara thought the shooting incident was a dream and the school performance was the real one. Apsara is not aware of her problems till now.

One day, Apsara was returning home from her bank. As she was walking alone, she heard some instrumental romantic music in the background. She continued to walk humming the tune since she felt she was familiar with it. She knew she had heard the same tune two days ago. The humming started to fade out. She saw a man running towards her and he stabbed a woman who was walking beside her. Apsara was shocked; her heart skipped a beat as the events took place in a fraction of a second. Apsara ran from the place as fast as possible and returned to her room.

Next day morning, Apsara was having coffee while sitting on the sofa. She was recollecting the dream that had disturbed her the previous night. She was recalling the faces of the woman and the murderer. She wondered why most of the times, she dreamed of strangers and not about real incidents and people around her. While she was lying down on her couch, Apsara was called by the warden. Apsara thought her parents might have come for a surprise visit. She ran down to the warden’s room. She was disappointed as her parents were not there. She saw a tall strong man in police's uniform talking to the warden.

Warden said, "Good Morning Apsara. Meet Mr. Manish Verma, Inspector of Police. He has come to investigate about a murder that had taken place yesterday. Apsara, Please provide your full support to him.

"Apsara, Please don’t be afraid. I heard you had seen the murder that took place yesterday night when you were returning to your room. I need your help to find the killer. It will be good if you can come to the police station and give your statement."

"Si-Si-r , I am not sure of what murder you are talking about?"

"We will discus the rest in Police station, Apsara. Please get in the car."

Manish walked towards them along with a middle-aged man.

"Apsara, Have you seen Mr. Rajesh Kannan before?"

"No Sir, I have never seen him before."

"Rajesh Kannan works in Guindy telephone exchange. He had seen you yesterday night when you were returning from your office."

Manish continued, “Can you please brief the incident that took place yesterday night?”

Apsara had no words to speak out. She was not sure of what incident Manish kept asking her.

"Sir, I haven’t seen any suspicious incident yesterday. Can you please tell me why I am being pulled in this case?"

"Apsara, we have an eye-witness for your presence during the murder yesterday. Rajesh Kannan had seen a girl being stabbed by a guy near Guindy SKCL at 7 P.M yesterday. Unfortunately, he had been behind the killer and he was not able to identify his face. He had also seen you standing next to the girl who was killed. He is very sure that you will be able to identify the killer since he was very close to you."

She also had a second thought that the incident could be different from that in her dream. And she herself was confusing her dreams with reality.

She didn’t want to confuse the team with her stupid dreams. She started telling her real story that had actually happened.

"Sir, you are right that I was near SKCL at 7 PM yesterday. But I saw a guy romancing a girl. There was even a romantic instrumental song that was being played in the background. I didn’t see any murder. I have never seen a murder in my real life."

Apsara doesn’t look like she is lying. Manish was thinking of ways to get the right information from Apsara.

The elderly couple came near Apsara and requested her to tell the truth, as it was their daughter who was brutally killed. Apsara kept saying the same thing to them.

“Have you seen this girl before?”

Apsara told, “ Manish, I have seen this girl at 7 PM near SKCL building. I was returning from my office. I saw a guy running with a knife towards me and he stabbed a girl who was standing by my side. I was shocked and breathless. I ran from the place.“

“Good Apsara, we were expecting this from you. Can you identify the guy?”

“Yes, I can. But Manish, the incident had happened in my dreams and not in reality. I am confused to see the characters in my dream crossing my real life”.

Manish was puzzled by Apsara’s reply. He wanted to question her more, but he thought he should solve this murder case first. Hence, Manish decided to get the truth from her dream.

“Apsara, I will show you a couple of pictures. Can you identify the murderer of your dream?”

Apsara confirmed that the killer was not in any of the pictures given by the inspector.

Manish doubted both her dream story and her memory.

He asked Apsara to describe the killer.

Listening to the description of the killer, the elderly couple doubted their neighbor.

Manish showed the picture of the victim’s neighbor whom the parents doubted.

Apsara was again bewildered seeing the photo since the guy in the photo was the murderer of her dream.

After few days, Manish had moved on to his next case. Apsara continued her usual life. She at times thinks about her dream that turned to be a real one. But she kept it to herself and continued with her life.

Manish followed Apsara for a week and figured the problem she was facing.

Manish doesn’t want to reveal this to Apsara as she is not much affected by either. He believes Apsara is able to manage her life with her problems. He doesn’t want to make her sick by disclosing her sickness to her.

But he always had a watch on her to ensure what he is doing was right.

Apsara was overwhelmed by the drums that were hurting her ears. She closed her eyes. Her dream begins. It was a dark room and the couples were making love. Loud beats were played on the stereo to suppress the girl’s moan. Apsara closed her eyes and sleeps slowly.