The Man Of Stones

The Man Of Stones

His eyes were red and teary so,

Nothing he said could be heard.

They all called him a crazy soul,

As he walked with a bag of stones

They watched him fall,

And tear his skin,

The pavement marks his bloody path.

When asked why he walks with such heavy things,

They were close to his heart.

So he tread with pain,

And an arched back,

They said it was because he had forgotten,

That he was only a man of flesh and bones.

I think they missed his eager eye,

Always hoping for that final stop.

Somewhere he could place his rocks and sigh,

Relieved that he could finally rest his thighs.

Alas! They found him on the ground,

Buried under the weight of his dear stones.

They mourned the fool,

And cursed at his ill fate,

Feigning some care and compassion.

But never saw the peaceful smile,

That blessed his face.

The poem is about carrying your dreams, no matter how heavy it is and even it burns you away. Heaven! I should speak clean I walked a thousand miles Staring at his smile while he sleeps peacefully.. You will have to smile even if life is being mean... Until when these aching... gnawing bruises I will carry? Have to wield soul, heart and mind to parry. But, I should b... 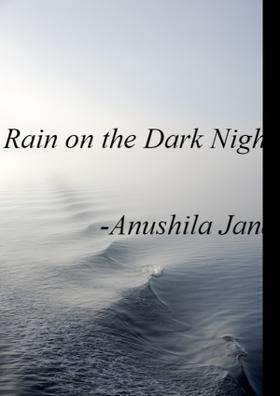 Quietly with the thunder broke open the sky, I sat in a corner secretly wanting to fly. Fulfill my all dreams I was born, to live in this world. I was three, to go to school. The need of the hour or so they say, Is to drag the predator from its prey, He boasts of his conquests, Of the life t... Twisted magic, or wicked fate, May this love never turn to hate. When we think of those sad moments An Oath To Femini...

Gentlemen, it's time you understand what trust is People say I am independent, cheerful, outgoing and complacent. But how many have bothered to peep into my dismal labyr... A silent voice in my heart says The Joy Of Missin...

She had built her own castle, To cage her nascent dreams... When She Claps Ba...

Clutching the pieces of her heart, That the disaster has left... You're an epitome of style, grace and modesty. Not to forget honesty, affection, and beauty. I'm beautiful in my chaos In her arms that I grew, Never realized that time just flew..