Today was just another crazy day at our house. It was laundry day and we spent the entire morning washing clothes without washing machines and dried it with hair dryers. Of course, our laundry partner, Uncle Percy, was next to useless, and the triplets, who were one, did a better job than him. Wow. And after we finally managed to complete the laundry, our beloved Aunt Maureen had another complaint: the furniture was a mess. We groaned at the prospect of more work, but then aunt broke it to us. We didn’t have to clean the old furniture; we had to help her buy new stuff. So off we (Tamara, Pepper and me) went to buy furniture, with our uncle. Lucky for aunt; she got to stay back home.

If you know uncle is crazy, then you also should know we love to irritate him. Tamara said to me, “If we find a really expensive one, will it bug uncle?” “No, he’ll be happy. To irritate him, we should get a really cheap, hard useless one,” I said. “Well sometimes, you can be a smart little cookie,” Tamara teased me. Soon we found a horrible recliner, all lumpy- bumpy, with patched fabric, made of jute and bamboo. “Boy that is definitely the world’s worst recliner,” I said. “What are we waiting for? Let’s tell uncle.”

Uncle, in the meantime, had found a nice dining table, made of red oak wood. It had eight chairs and was topped with glass. It was perfect. “Pepper, see if your sisters have found a good recliner,” uncle instructed her. Pepper found us sitting on the sofa, chatting. She asked, “How bad is the recliner?” Sometimes, I think she and Tamara have telepathy. It would make sense since they were sisters. I said, “Its super pathetic. Wait till you see it.” “The dining table is amazing,” Pepper told us.

Soon came uncle. “So, show me the recliner you got.” Giggling, we showed it to him. What happened next could only be described as a shock. Uncle loved the recliner. He said, “Wow! The recliner is amazing. The bamboo effect is so cool.” Luckily, Tamara’s quick thinking saved the day. “Ummm, uncle that is the wrong recliner. Look at this,” she said, pointing to a chocolate brown leather recliner, which had a remote for its features. “Now that’s a recliner,” said Pepper, who was horrified by the bamboo chair.

We paid for the stuff and then went to another shop, to get a chair and sofa. We split up again, uncle and Pepper looking for the chair, me and Tamara looking for the sofa. We decided that this time it would be better to find a decent one. Now that uncle knew our strategy, it was safer to just act like we were not shopping with someone, well, a little crazy. So we chose a sky-blue sofa, with floral print. It opened into a queen bed and had a quilt free with it.

Uncle, on the other hand, was doing uselessly. What he found was a rickety old bamboo chair with a tattered cushion. He said to Pepper, “Your sisters have given me a wonderful idea. I’m going to go for a bamboo chair.” Pepper said, “Oh come on uncle, this looks better.” She pointed to a baby pink chair with butterflies on it. Uncle agreed. We paid for the stuff, and so ended the first shopping spree uncle didn’t make a big mess of.

The next day, they delivered all the items, dismantled. The delivery guy said that they would send a carpenter in for the dining table and, the sofa, and the accent chair. Uncle said, “Nonsense! I can do it myself. Thank you. Now, what are you staring at me for? Get out.”

So uncle started yet another crazy task. He shouted, “Now, Pepper, run down to the garden shed and get the toolbox. Maureen, stop fussing! That’s all you can do. Rachel, go open the box with the chair. Tamara, hold the little kids away from the work. Now let’s begin.” We started off by building the accent chair. Uncle started with the legs of the chair. He got the base ready and hammered a leg into it. The hammer hit something alright, but not what it was supposed to. “Ow,” uncle screamed as the hammer hit his finger. “And this was supposed to be the first try,” Pepper mumbled.

He then said he would join the cushioned part of the chair. He started to sew the fabric together. Aunt looked like she wanted to grab him by the scruff of his neck and kick him out of the house. “Percy, you have to hammer it together, you idiot.” “I know what I’m doing Maureen. Stay out of it.” All the same, he did take her suggestion. In half an hour, the cushions were together, with stuffing sticking out of them. “Okay, now let’s get back to the legs,” uncle announced, admiring his handiwork. In half an hour, the legs were a mess. Splinters of wood, pieces of foam and lots of screws could be seen, scattered around the floor. “Okay, let’s get on with the dining table,” he announced, trying to sound like he had everything under control. The chairs were already assembled, to our luck. The table, I, aunt, and Pepper did. We were not trusting uncle with this!

Uncle Percy, on the other hand, was trying his level best to assemble the sofa. But the result was the typical one. A disheveled Uncle Percy, a damaged product. “I think I liked my old furniture better,” aunt said, sitting on the recliner. 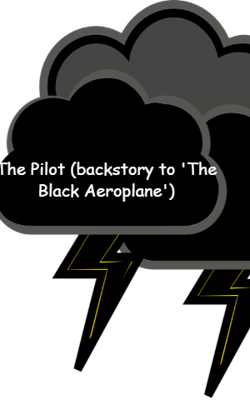