The Moon and the Sun

The Moon and the Sun

Have you ever looked into the sky on a bright sunny day and wonder to yourself 'what in God's name is the Moon doing there?

Well if you do,I would love to tell a story you...

It happened long long time ago;when the rulers of time stood side by side over the Earth .

The Sun was happy and playing with the birds ,hide and seek behind the coulds,

but the Moon was lonely and unhappy.

"Oh I am so sad and lonely.No one wants to play with me.Everyone locks themselves aways and hide from me." Moon replied

When sun heard what Moon had just said ,she was moved with pity and also got sad.

"Why shouldn't I !" Moon scolled " ...when am not big ,bright and beautiful as you.The birds play with you and every creature like wise.Plants loves you because when you are around you make them grow and bloom.You push so much energy and positive vybz and you are second to none...you make your own light which is so powerful that where ever it shines get lit up in brightness...I don't bring peace and warmth of summer."

"But why would you be so sad and lonely when you have billions of twinkling friends with you?"Sun questioned

"The stars are no company.They are so far away and silent.Whenever I try to talk to them I have to yell, but still, they can't hear me" Moon complained.

But what about the owls ? aren't they the wisest and sing at nights?Sun asked

"Yes they do" replied moon "But they rather lock away and hide in the woodlands .No one likes me ,am just not good enough.I wish I was like you Sun..."

"Please don't say that.Its not true...." Sun knew that it was true for sure and broke down in sorry for the poor Moon..

Sun spent the rest of the time thinking what could be done to help her friend feel better.

She thought and she thought until one brilliant idea came.

She then called out to her friend and told him the plan she had in mind.

Moon was very happy...but alittle curious as to how it will work.

"Won't that be illegal.you want me to break through time?" he asked.

"No it won't be illegal ,but fun for sure though" Sun replied.

When time came for the shifting of time on Earth;with help of the Sun ,Moon was able to cross over into the world of light.Breaking the rule and format of time.

"Oh thank you Sun.You are the greatest friend of all time."Moon expressed

"No problem...that's what friend do right?.Now let me introduce you to my world and time."

She introduced him to everything,showed him the birds,and all the creatures.

It was pleasure for Moon,the best thing that had ever happened to him...

Stand still and know that this was not a one day show;to them it was fun but on Earth it was a phenomenon,one that evolutionised time...

And from that day ,most of the time when you look into the bright skies , you'll see the Sun  along with the Moon... 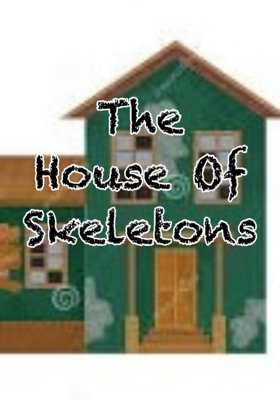