Once upon a time there lived a princess and her name was Naomi. She was kind smart and beautiful. She had a cruel stepmom, her name was Kacy. When someone would ask her for help she would put him/her in the dungeon but Naomi would help them and let them out. Kacy was greedy for money, so she would shout at Naomi and say, 'get married you are 20 years old now!!!'.

So, Naomi told Kacy 'Mom as you keep on making me to get married.' Yeah so' Kacy interrupted Naomi. Naomi continued 'I am going to a destination to meet my soulmate.' Kacy said' My good daughter, bye.' Naomi said' Bye.' and Naomi left for her journey. 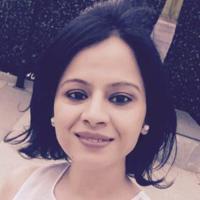