Yes, you, the one who is reading this. I do not know your name and all, but I am sure about something. Something you do not know about. A story about a boy.

This was it- the moment it all began. A cheerful boy of fifteen. Just fifteen. A boy who didn’t find the meaning of sorrow or misery, as we know today. He belonged to a fascinating family- the Nath family. He was Bailey Nath.

Yes. He was a traditional Anglo-Indian guy- born in England to an Indian family. His father was a business man, so yeah, “business trips” often come his way. He had settled there when he was married to a bright woman Susana. She was a software engineer. She had work there too, so they decided to settle their lives there. Later a year after, she gave birth to our young star, Bailey.

Bailey was a high school student. He studied in the “England High school for boys”. He excelled in ‘python’ chapters in Computer Science, and Physics in Science, and Commerce in Math.

Mainly, he was PUBG addicted. He hated when he was interrupted during his games. So, anger management capability: 0%. He also had a gang called “The Terror Boys” who used to bully the newbies and lower grade students in school.

Complaints and complaints used to come from his teachers to the ears of his worried parents. They tried to control his screen time on phone, but in vain. But they were at least proud that he shone in some subjects, especially sports.

As usual our star was engaged in the battleground game. He was almost reaching the next level! But, oops! The Doorbell was ringing! The Little fellow was enraged because it interjected his game!

“Hey mom! Don’t you hear the doorbell ringing? Couldn’t you open it like a minute before? Are you deaf mom? Or do you expect me to do all your work? If so, don’t you see I’m busy? Ugh! I was so to the next level!”

“OK big man! Stop lamenting! Switch off your damn mobile and go and see who is at the door!” Said Susana.

Bailey threw his phone on the bed. He would surely show his anger on the unexpected guest arrival!

He barged into the living room to the door, to yell at his guest.

Bailey opened the door. He was in chill shock of nameless fear. It was his friend Lisa. She was his first ‘mate.’

“Bailey, I know you are angry on me for interrupting your PUBG game. But sorry, it is an emergency. Could you come to the hospital tomorrow? I will be waiting for you there…” She said.

“Well, if you insist. But you know we are under a fight right?” Bailey asked.

“Everything will be explained in the hospital. Please ask your mom about this. And don’t freak out when you get a call tomorrow.” She spoke as if she predicted the whole future.

With that she boarded the cycle, took one last glance at her friend, smiled the sweetest smile, and went.

Bailey was just bewildered. He knew something was wrong. It didn’t matter to him anymore and went back to his mobile.

Next morning, he woke up with a vigilant mind. Sweet milk fresh in memory, he rushed downstairs to his mom.

“Mom, can we go to the hospital and see our grandma there?” he asked.

“Since when did you like visiting the hospital? And why this sudden thought of grandma? Is she haunting you?” she chuckled.

“OK. I will prepare Grandma’s favorite Pav Bun and gravy to take over. You can make a card for her! Let me start….”

Suddenly, the phone rang. It was a call for Bailey. He picked up the phone and saw the name- It was from Jason.

“YO dude man! What’s up early in the morn?” Bailey asked.

“Just spit it out!” Bailey screamed.

It was the most shocking news he received. Lisa, dead? He was just freaking out! He hugged his mother and sobbed as if he never cried… “Mom, LISA IS DEAD MOM! LISA IS DEAD...OH LISA! He cried. His mom tried to console him.

“Wasn’t she there to visit you yesterday?”

His mom drove him to the hospital- only it was drearier and gloomier and smellier.

He saw a couple of relatives there. A lady was sobbing by the body. The body was on the stretcher. Definitely Lisa’s.

“Dude you freaked out so much today. Are you OK?” asked Jason.

“Yeah. But, how did this happen? I saw Lisa just yesterday round 6:30pm and she also told to meet her in the hospital today and inform my mom about this. She also told me not to freak out when I get a call from you.” Explained Bailey.

“PUBG has surely got on to your nerves. Bro, the accident took place at 6:15 yesterday and she was admitted in the hospital! She underwent many surgeries but alas, she was reported to be dead today morning.”

“Just forget about it. Oh, and I also found this by Lisa’s bed. It is a letter addressed to you.” Said Jason.

Bailey opened up the letter. He was nervous. In bold letters, there was something written which surprised him.

I just wanted to see you one last time before I left. Sorry if I scared you. Didn’t mean to. I also wanted to say you something while I lived but, you know, shyness got the better of me.

I died cause of my carelessness. I should have watched the two sides of the road before taking off in my cycle or else I’d have been safe from the truck.

I Miss you with every passing minute Bailey, although, I am not experiencing the passing time. Wish you had died with me.... Just kidding!

Well, I need to share you one thing. This tragedy was imminent, actually. The sudden fight between us, the accident, everything! This is because, I write stories about love and break-up frequently. Maybe the effect was so indulging, that it had to be enforced on my innocent life.

I would rather call this suicide than murder by an innocent lorry man.

Thank you for all the love in our friendship. I will keep you in my heart forever. Don't say this to anyone. I trust you, dude!

“You know, all of this.... was bound to happen.” Replied Bailey. 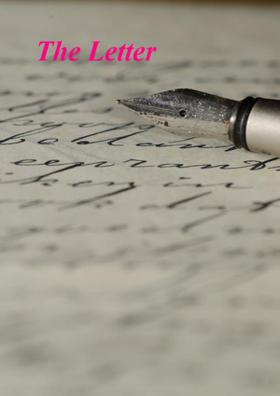 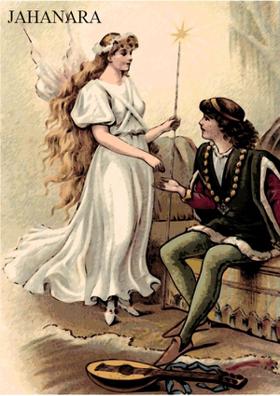 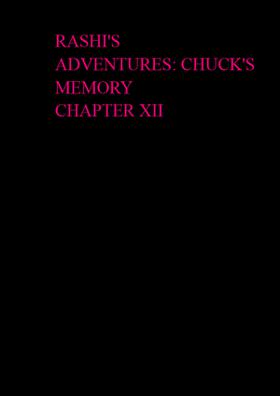