Chikmagalur is a quaint village atop the Western Ghats in Karnataka. It is the place where I was born. Every summer my brother, sister and I would eagerly wait to go to Chikmagalur. Long before the final exams were over, my parents would book our tickets and we would count the days eagerly.

We would say a fond bye to our dog Tiger who invariably chased our car as he saw it loaded with our baggage and knew we would be away for some time. My Uncle, my mother’s sister’s husband, a doctor would himself come to Kadur station, some 40 kms from Chikmagalur to pick us up. We would be so excited all the way that he would find it difficult to answer our eager questions, about his four dogs, his five buffaloes and our aunt and cousins at home.

My uncle and aunt had no children and had adopted my mother as their child, but there were plenty of children on both sides. And invariably there would be a dozen of us coming from Mumbai, Mangalore, Bangalore and other places to spend a truly wonderful time in Chikmagalur.

The house was a large rambling one, with plenty of undefined rooms which doubled up as bedrooms or family rooms or even puja rooms depending upon how many people were there in the house. The kitchen was large with an even larger store room beside it where all the goodies made by my aunt lovingly in anticipation of our coming would be stored.

The front garden had plenty of rose and other beautiful flower plants. The soil in Chikmagalur is very fertile and there would be flowers of all colours and hues but we were not allowed to pick them up. My uncle would say they looked pretty in that garden rather than on our heads.

We could pick up the sweet selling jasmines(mogra) or champas or any other flowers for puja and for adorning our hairstyles. The next day they would be fed to the buffaloes who loved them.

My aunt was a very nice and cheerful lady, always in the kitchen which was her kingdom. I remember her sitting with a wick stove in the centre making soft fluffy dosas while we sat in a semi-circle around her eating them straight from the stove. By the time the last cousin finished eating breakfast, it was time for lunch. There would be so many people in the house.

We would discus, fight, argue, learn new things (like I learnt drawing water from the well and milking the buffaloes, something we could have no chance in Mumbai). So much so that we never found the need to step out of the house during the entire month that we were there. There was always something to do, something to learn.

My aunt reserved the making of intricate food stuff till we reached so we could help her. And it was a massive amount of food to feed so many people. There were servants also to be looked after. They stayed in the outside courtyard and were not allowed in the kitchen.

Every Wednesday was a market day. The boys would accompany the servants and bring back mounds of sweet mangoes, huge jackfruits, mouthwatering pears and loads of vegetables. We girls would help to sort them, deseeding them or washing and cutting them. And we enjoyed the chatter that invariably accompanied it. We got so much information from our cousins, of their cities, their languages and their schools and teachers. It was simply fun.

In the afternoons when my aunt took her siesta, the boys would rush to the backyard to climb trees and drop fruits into our waiting hands. Aunt and Uncle forbade us from climbing trees as we, city-bred people had no experience. But for us it was an adventure which could not be ignored.

My brother, a naughty fellow, once climbed on top of a buffalo’s broad back by jumping from a low wall as she was being taken out for grazing. She ran in panic and he had to hang on her horns for dear life and eventually slithered down having a few bruises. We found it difficult to explain these to my Uncle who applied medicine looking askance at us.

Every Sunday, we had to form a queue and my doctor uncle would weigh us and administer a dose of some bitter medicine which was supposed to keep us healthy and our stomachs clean. He was a plump man who shared his meals with his four dogs who accompanied him everywhere like sentinels. If he went out of town the four of them would starve till he returned.

The buffaloes had names like Ganga, Jamuna, Kaveri, Durga and Narmada and we could identify them properly. One of the calves died and the mother refused to give milk. She would kick anyone who tried milking her. So we talked to her, sang to her, distracting her, while one of the cousins milked her deftly. It was then that I learnt to milk a buffalo.

My uncle kept a strict eye on the front gates so that the adventurous boys would not go out. But they would jump the low fence behind the house and we girls had to cover up for them. Once my brother picked a lot of champa flowers and put them in a basket and sold them! Just for the fun of it.

My uncle loved to play cards with us but we did not take kindly to sitting down in one place and would make all sorts of excuses. I was his blue-eyed one resulting me being the scapegoat for some favours and requests which the others would be too scared to ask.

My uncle also owned a petrol pump, a wedding hall, a temple and fields so we had plenty of things to do. There would be exhibitions in the hall when there were no weddings, and we could pick up anything we wanted free of cost. The weather, even in summer would be very pleasant bordering on cold but the breezy afternoons were lovely to be in the garden or in the fields which were bordering the house.

Those summer days in Chikmagalur are unforgettable. We hardly went out, there was everything in the house, plenty of companions, yummy food, and no one to scold. When my SSC results came I was in Chikmagalur and my father rang me to inform that I had passed first class with distinction in three subjects and that I had stood second in my school. It was an achievement and we celebrated on a grand scale at home with the choicest of aunt’s cooking (we never went out to eat, it was unthought-of ) and sang and danced.

Those days were so carefree, so wonderful, full of activities and experiences, that even now I look back nostalgically, and I realize how heavenly they were. Truly Chikmagalur was heaven on earth for us. 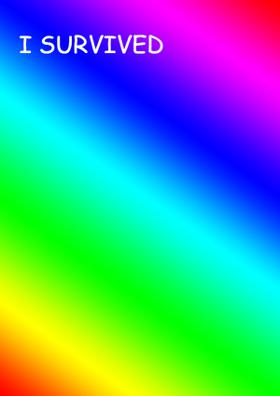