The feeling aired in the mind and heart of Meghna when she too got to know about her feelings for Aryash. Wait, before this could happen let me tell how things came to this. Meghna, after completing her intermediate, secured her seat in a very renowned law college of Pune. She had initially a dual feeling when she joined this college. She was no doubt happy that she got admission in a very esteemed college but simultaneously she was also heartbroken of being separated from her dear friend Shreya.

Love is a feeling of completeness one wants in her life. Love is the strongest of all emotions. It sets a strong belief of affection. However, loving someone can be a Herculean task(mostly it is so). when one falls in love she totally dedicates her life to the person she desires. Therefore love is dedication, more like devotion, may be more than devotion. Sun becomes brighter, night becomes all starry, waves of the oceans feel like they are advancing towards you to touch your heart: it all happens when one develops a strong fondness for someone.

It was the first day of college. Meghna was a little nervous because all were strangers to her in that new place. When she was going towards her classroom, she accidentally came across a girl who was little familiar to her as she was from Meghna's school herself. Her name was Shanaya. Meghna never had a single conversation with her before, even though both of them were from the same school. However, Shanaya remembered her and cared to recognise her old classmate.

'Hey, Meghna! so happy to see you here.' Shanaya exclaimed with a cheer.

With this formal exchange of words they proceeded towards their classroom. And with the passage of time they both became very good friends.

It was the day of "WELCOME CEREMONY" organized by the seniors. Seniors were ready with some tasks for the freshers. Some danced, some acted etc. Meghna also was tasked to sing a song and she did it well. After her turn, it was the turn for a guy who was extremely handsome. His smile was something one can't even describe in words. He had an outstanding physique. One can fall in love with him with just a glance. Seeing him, Meghna got so fascinated towards him. And that was not enough that he played guitar as he was asked to do so. Meghna was totally in love with him. She thought she was in her beautiful dreams. The function got over but for Meghna obviously it was far from over. She thought of that guy the whole night and couldn't even sleep.

Love! What more to tell about love. It's beyond any logic or imagination. When one falls in love everything becomes so fascinating, whatever pops up on their way. It gives strength that nothing can go wrong in the whole world. People start perceiving things in a positive more affirming way. Like you may cry out loud, 'Yes! I'm in love.' The same was happening with Meghna.

She was experiencing these feelings in a very new way. The next day she went to college and started searching that guy. She looked for him in the whole college and finally found him talking to a girl and lo! it was non other than Shanaya. She went to her as casually as she could calm the butterflies in her stomach. Shanaya then introduced Meghna to the guy named Aryash. Meghna felt as if violin was being played everywhere( yeah, like films). She was very happy learning his name.

They started to have conversations via chat. They talked to each other almost everyday.

She was much happy in her recent life. One night while having a chat with Aryash suddenly her eyes fell upon her old scrapbook. She went to her table and opened the scrapbook. And after so many years she again went down her memory lane. Those memories were beautiful for her but even the rose flower, being beautiful still contains thorns. The same way, even in her beautiful memories she had some harsh experiences that everytime she remembered, she was broken into tiny pieces. But anyway she was much joyful in her current life, feeling for Aryash. But after two months of their series of conversations much to her shock, she learnt that Aryash was falling in love with someone from the core of his heart. She was sad but rather curious to know who is that girl. Then she started noticing the small details around and somehow assumed that the girl must be Shanaya because Aryash was much closer to Shanaya than to her. She started feeling broken and devastated.

She was so devastated that only negative thoughts were arising in her mind. Of course her thoughts had to be negative because she had a bad experience at a very early age. Yes, this was not for the first time she was having a feeling for someone, earlier in her school days she was in love. She was so much in love with that guy that she could do anything for him. Even he never left a chance to make her feel special in the world. Meghna used to maintain a scrapbook for each and every special moment of her love life. She used to paste each and every picture of them with the caption of the special moment. She even kept the rose which the guy presented her for the first time he proposed her, though it was totally wilted now. She was so sure about him that the feeling of separation would tear her apart.

Aryash was all set to propose his love to the love of his life. He included Meghna in his plan. And now she was certain that definitely she was not the lucky girl, otherwise Aryash would never had included her in the plan. So Meghna was convinced that she was not his love for sure. She painfully helped him to choose a ring for his love.

Shreya and Meghna were childhood friends from the same school. They were partners in crime. They never left each other no matter whatever happened in their lives. The bond between them was so strong that they didn't even talk all the time but they could read each others mind and try to solve problems if there were any. As their career goals were different, Shreya went to IIT Bombay and our own Meghna pursued law at Pune. But this distance hardly mattered. They always stayed connected with each other.

Meghna shared her feelings with her best friend Shreya. She was very happy to know that her dear friend was in love but she too had to bear the fact that Aryash also might be in love with Shanaya. Shreya tried to explain Meghna that it was just her assumption, nothing else. Shreya said, 'Who knows? Aryash could be in love with you as he is very close to you too'

To which Meghna asked, ' Then why I am included as part of the whole plan?'

Shreya said,' Perhaps, you are not just the part of the plan but you are the plan, ' She continued,' Maybe be this way he is rest assured that you will turn up and he could successfully carry out his plan.' But that didn't convince Meghna as deep down in her mind she was sure that Aryash loved Shanaya.

Even if Shreya consoled Meghna, she was not ready to accept that. As she had already faced the situation of getting separated from her love. Her past was little different. Both of them used to love each other unconditionally until one day Sambhav's ( Meghna's ex) family got to know about their relationship. Sambhav promised Meghna that he would handle everything but most of the time the promises are made to be broken. One night Sambhav called Meghna and said three SURPRISING words(more like shocking). No, it'S not that 'three magical words'. He said, ' Let's end this'. After those three rather PAINFUL words there was no conversation from both the sides till date. It's not that Meghna didn't try after that night but to her action there was no reaction. Meghna, whenever remembered about that night she got panic attacks. And now when she again fell for someone, she couldn't tolerate the pain of losing him. Hence she was feeling utterly broken when she thought that Aryash didn't love her.

She was in excruciating pain. All night she shed her tears thinking about her painful past and her lovely fleeting present. She said to herself, 'The one loveliest think I have will end tomorrow.' Then she wiped her tears and her gaze fell on the scrapbook. It had been a constant reminder of her painful past. It had always been a token of failure. Thus in a fit of rage she took the scrapbook and lit it up. She could see her memories turning into ashes. She sobbed even more. But doing so she felt light, as if a huge burden had finally lifted from her chest. She then readied herself for the tomorrow.

Finally the day came when he was to propose his love to the girl he loved. He requested Meghna and Shanaya to come to the poolside of a resort. The poolside was decorated very beautifully. There were rose petals and candles everywhere. Meghna's heart was breaking into bits with every passing second. Shanaya was standing by the side of her and Meghna saw Aryash was walking towards Shanaya. Then she was sure that Shanaya was the lucky girl. She closed her eyes for she couldn't bear seeing her love proposing someone else. Then when she opened her eyes to her utter surprise she saw Aryash, on his knees with a ring in his hand in front of Meghna. Now Meghna was in tears; merry warm tears. 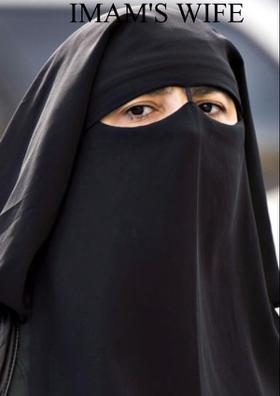