She Had The Storm In Herself

She Had The Storm In Herself

The sky was as clear as it could be on any ordinary day. It was monsoon but hardly any pour of rain could be found. Maybe the clouds have all dried up just as the tears in her eyes. Four years three months and six days have passed. But her diary, it was as fresh as the one just bought the night before.

The leaflets of her diary just flipped across as left open near the window sill. Page twelve, the diary stuck to and sudden thunder and shower were accompanied. It seemed that nature was waiting for this call for a long time. The lightening broke her sweet dream and she was back to reality. She went towards the window sill and all she found was raindrops on that page which narrated her entire life history. It seemed the words were crying and depicting her bleeding heart. Those pouring of clouds pricked the heart again.

The page read, "It seems I met you just yesterday. I have been waiting for this day for so long. I am really excited to tell you what I feel for you and how much you matter to me. Today is the day and I can not wait for more." She read the lines again and again for almost five times and her eyes were filled with all teardrops. Maybe her wounds were fresh and the memories were fresh again.

She sat with her diary, recalling all the good and bad times she spent with that one person to whom she surrendered herself once. The very next line read, " I am very happy you accepted me. But I am also sad you do not love me with the same intensity as I do. I hope I get that love from you in the upcoming days. I really liked it when you kissed me on my forehead. It was really warm and I felt secure with you. Finally, I have someone whom I can rely upon forever." As she was reading the lines, she was getting numb, her eyes turning red.

The next line was as if her entire story was on the forefront and then she was all taken aback. "I did not know after dating me for four months, you would turn into a stranger. Did you just come close to me for pleasure? Please, God, tell me all these are just a bad dream. He loves me too." It dated back to 9th October 2014, the eve of her birthday, when he told her that he is not able to reciprocate to her feelings and can not have a commitment with her. She fell shattered on her knees. Crying miserably, pleading for his love. He holds her up and said, "I can offer nothing but friendship to you. That is all I have for you." This girl maybe she loved him too unconditionally that she agreed upon this condition and kept on loving him. And then just two days after her birthday was the guy's birthday which she planned almost a month ago. Even after knowing the truth she promised to love him with all her heart and soul.

She gifted him a chocolate basket which she made with her own hands and also an explosion box. Guess, those were too mere for him. Maybe he was too cold at his heart that he never melted for a beautiful soul like her. With time she felt that guy has started to like her. Little did she knew that she is never going to get love from him. They had fights every alternative day and then she begged for mercy. She begged for his acceptance, she begged for his love. He even returned the gifts she gifted him on his birthday.

After two months, she discovered that she had conceived. She was helpless. She did not know what to do next. She called up the guy, who was now working in a different city. The guy chose to move on in his life. He failed to see what the girl was going through. She crumbled into tears. She started taking pain killers and made sure to do away with her life. Finally, she spoke to her friend who was the nephew of a gynecologist. When she visited the clinic, she found out the child was no more. Yes, she had had a miscarriage. She stood in a stage where she did not know what was going on. She came back home crying and cursing herself all the way. This night was a different one. Her parents got to know about her whereabouts. She was brutally beaten up by her father. They declared her to be dead when she was actually alive. She was thrown out of her house.

She now had her mind all set for suiciding. She wrote a note to her family members and also to that guy whom she loved the most. She slit her wrist and had a good dosage of sleeping pills, enough for her to have a peaceful sleep for the rest of her life. But maybe her death was not near. Hence even after such attempts, she came back to life. Her parents left her all alone. That guy, he refused from loving her. She had no one, neither parental support nor love of her life. She cursed her faith and then spent entire night sobbing and watching the night sky with glittering stars.

The pages of her diary flipped again. The last page was reached and it broke her reverie. It read, "I still love you, I don't know if you do now or not. But I could not move forward in life. Maa, papa I still miss you. I hope you miss me too ~ 10th July 2019". She closed the diary and went back to bed. Guess, she could not surpass all that she had faced so far. She still missed the people she had once in her life.

Love is easy to do but to come out of it, that is the most difficult part. The guy was the luckiest of all human beings on Earth. Such love was difficult to find, had he knew, they would have had the most beautiful love story of all times. Using someone for pleasure is quite an easy task. But loving her with all your soul is something which the world asks for. We being humans are bound to make mistakes but that girl, she really deserved another chance! 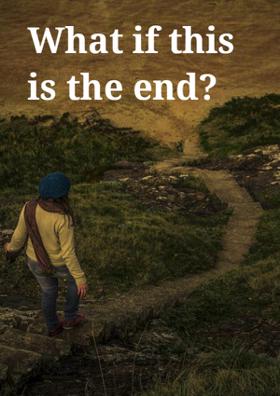