Morning Rays brings new hopes that something gives sooth to me. Having worn a white shirt and casual pants. White shirt promotes my thought some time giving soothing experience, give mind relax feel, prevent negative thoughts create a positive circle around my side. The sun slowly turning into a hot face, it looks more hottest connoisseur. He is throwing pelts of heat over, drawing from his good heat. I feel very hot pricking. Summer change his face into mischievous.

Work begins from Vashi station when I put my feet on the footboard. I felt very tired. I get sweating the whole body. The body was getting full perspiration. Shirt soaking some sweats with the help of platform cracking fan always stood to public help. I stood for a few minutes to cool my body, having sat on the bench. Then I got a look at this hanging fan lonely rotating on the wall with the support of pillar. This only fan had mate for me to  forget loneliness from actual life. I think so, sit bench and pillar who both having following close companion friendship duty each other.show each other kindness and generosity always become their duty to for close friendship and companion having in close relationship .and they following in great expectation with gripping friendship, their duty.no any season without fan I thought so, passed out. Every moment, season especially summer heat days, rotating and propelling around and giving sooth wind is a challenge for them.

That day, I just finished my work, caught the train in Kurla toward Dadar. I was waiting on platform no-4 for slow train.it was 3:30.it was afternoon. I observing till train come, near bookstall some books. Hot climate scorching whole body ever platform fan no more working, some of them out of service or some was snorting snout.

The train was exact fifteen-minute late.it was rush hour. The platform was so crowded to move, it changes into gathering face a split second on the platform. Very lately a train has come. I hurriedly boarded and caught seat whichever hand got to. In my compartment was not crowded and some air could pass easily through the corridor and window. For few minutes, I relaxed feel, I opened my bag and drawn loan cases and started to sort out, observed which point was missed out from me to correct it.at the time opposite side to me, was a couple sitting. I think newlywed couple a bride having worn traditional garb, holding mobile in the right hand, pressing button irritatingly on it, as seemed both not in the mood, both were newly married, but not having to pass any melody romance in between both, not even speaking each other in compartment as other couple does every moment in travelling train if found.then-fiance looking at my cases which I sampled work performing before him, he caught his eye toward me and a few minutes later, he begins to speak on regarding work I attached. He also said that he also connected with my work. Having had experienced samplers work before, he said that he was sampler in HDFC branch through agency related to the verification department. We both talking over many subjects relating to a bank loan and applicant having an overload of work, he left this job, also conclude that work was proud to feel the experience. he puffed.

Nearly fifteen-minute, we discussing over subject.we engrossed with this married fellow.

In between married fellow's wife was a hopeless case not in the mood. At that moment, in course time she always yawning and drooping head on window silt beside. When the mobile ring rang, she sprang out of sit and a bunch of smiles spread over her lips. It was calling from sonu...her sister's call…

When in the next day traveling train, I met the opposite character against this couple, when after submitted cases to office come to a station it was afternoon time, waiting for CST after announcement train coming, a thousand hands jutting away from every compartment was totally crowded and jammed with people.no sooner did it stop, then it went empty rapidly as faster as it time to get fill it again. I was lucky to catch the seat but I could not relax properly due to an old man was standing near my opposite side creating space to having extra sit, clutching by handrail like whole-body balance resting over my backside I said to him", have a seat here, I said.

You need it more, your face looks tired, please have seat.his face look looked tired due to growing heat.

For a few minutes, both were in having romance while man pressing her hand putting on both palms around her shoulder. He was in a great romantic mood but she did not in the mood but seeing or thinking is children was there standing while he was in a romantic mood. That fear in her mind, disturbing whole romance. The man was a very anxious and excited mood, a very aggressive mood. Then butting his shoulder and ordered or asked him:-

…..please take children away from there, or they will risk their life……

"Standing there is dangerous…."man said.

'They having romance while children in danger"...added by another man on the train.

"Children are having to enjoy, why are you prevent them?.., why call them, to disturbing our precious moment." the married man said. She made her face tension added. her mind not in the mood. Her soul prays to child safety. 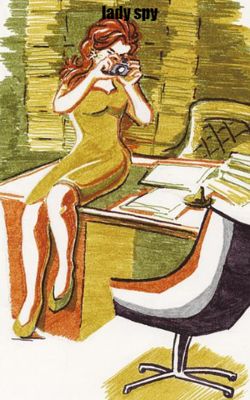