Well, this story belongs to the sweetest memory of my childhood. I and my brother Rohit both of us were studying in a small English medium school in the suburban area in New Delhi. I was in UKG and anna was in 1st Standard. We had a very funny kind of relation, he loved me, he hated me and vice versa. He would take away my toys, all the goodies, and treats, the yummy food items, and I would feel helpless and sit and cry for hours. He would tease me as a cry baby. Well, one day in school I was playing in the swing, a senior class student of class 5 came and just pushed me off the swing and sat in the swing. I was hurt and upset. I sat there crying. During the lunch hour, my brother saw me and asked what has happened and I told him, he was furious. He asked me to show who the child was, which I promptly did. Now my brother was only in the 1st standard and this fellow was in 5th class. It was like Goliath and the giant. But to my utter shock and surprise, anna just went to the class brought his cricket bat, and gave to wacks to the giant. Oh God! Principal Maam came running and my brother was reprimanded and to my utter shock and dismay he told her outrightly this giant pushed my small baby sister, hurt her and this is unacceptable. That day I realized Anna loves me in his own way. But mind you back home again my piggy tales were pulled, my dolls were stolen and food was devoured by him without any consideration for me.

During Summer vacations we would come to Banglore my grandparents home, Grandpa loved Rohit more as he was the topper, he was pampered, honored, cherished and favorite in the relatives. I hated it. But In some vacations we use to stay in Delhi itself, it is during such vacation that I was making a painting with poster colors and anna wanted me to play cricket with him, I was not interested. The devil he poured water on my work ruining it, mind you anna was in fifth and I was in third, at that time we were having curtain rods fixed for the house. In my fit of fury, I took one of the aluminum rods and gave anna nice thrashing. Then I simply started crying loudly I just could not overcome the fact that I had beaten him. Everyone in our building thought he has beaten me and scolded him, well when amma came from office only then amma asked to stop crying why are you crying I told her the whole incident and how I had beaten anna and I was overcome with guilt. But throughout the whole incident anna never told anyone that I had beaten him.

Of course, with the passage of time Anna and I passed through the turbulent teens and then anna was always reading and of course eating. Now, there was a peculiarity in anna's eating habits, he wanted exactly 5 chappatis every day with sabzi. Now I knew how to make chappati but it would not be round in shape. Well, We were not exactly very well off at that time so no television and was more a house bird. I would help appa and amma and buy vegetables, groceries, etc and go to school. But anna he had a big, huge humongous band of friends always calling over the phone or visiting us and they also were almost as part of our family. Anna was in a day boarding school which gave him a lot of additional facilities like breakfast, lunch, horse riding, karate, swimming other than scholastic. My brother always stood first so was a full scholarship student. Well, he was only in grade 11. Nobody in the family knew that after swimming in the school pool, there was a break of 1 hour when he did not come home and instead went to a 10 class student home to teach him mathematics. This arrangement was done by the school. Now anna agreed because this family was from Gujarat and they were what we say as halwai's sweet makers. So they lavished anna with hot nice breakfast and lots of sweets. At the time of the Diwali festival, they paid anna and to my sweet surprise, anna brought a music system just so that I don't feel lonely as I was at home. That was the best music system for me in the world. No Bose speakers, no soundbar will ever replace that first music system anna gave me.

Oh, then Anna started working in HCL it was far away from our home, no metro trains at that time, so every day anna had to finish work and travel 3 hours just to come home. So amma and appa asked him to stay their itself for his safety, health, etc. Well, I was unhappy, anxious, and happy. Don't be so surprised a part of me was happy as I was getting a room to myself, no sharing ah, but frankly speaking I gave a damn, if anna was with us I would give him the room any day. Well then on the day before rakhi anna called saying he could not come home as he was stuck there I was in 12th and when he said that I became furious and simply told him I will not eat till you don't come. Well, terribly upset I went to sleep. To my surprise and horror, anna walked, hichhicked and reached home at 4 O clock in the morning. He was completely exhausted he came, he just could not let me down.

Well, time flew by and I got married and anna and anni (bhabi) live abroad and I am settled in southern India post marriage. With the passage of time, we now talk less, but I live in his heart and he lives in my heart. This year I will not be able to send him a rakhi due to COVID 19. It is through this story I want to tell my friends and readers, however, distance apart you may be, whatever may happen in your life nothing can replace the beautiful relationship of a brother and a sister. Anna I will always love you, adore you, be jealous of you, despite everything nothing in my life is complete without you. 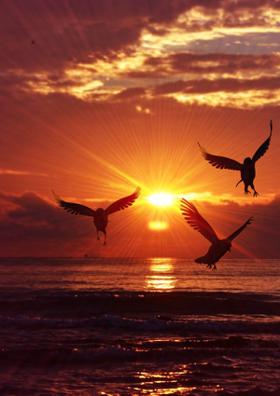 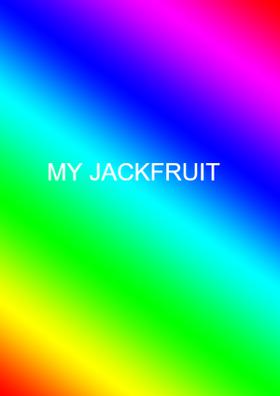