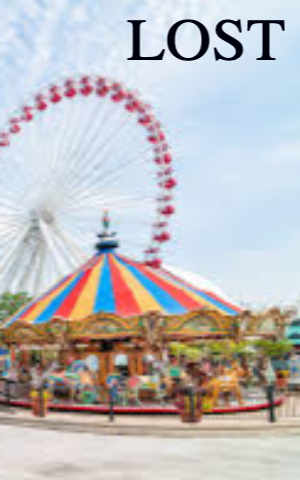 The tenebrosity of the sky morphed into hues of blue and white, marking the beginning of a new day. Her eyes spoke of a beautiful soul and her movements told of a need for nurture, but then perhaps that's how each member of the human race is. Willow sat up straight, her eyes getting accustomed to the light shining in through the windows. There she sat, staring right at one spot. She was preparing herself for the day. Preparing herself for being surrounded by myriads of people, all of different shapes and sizes. This was the first time she was executing 'desensitisation'. Adrenaline spun through her, and she staggered off the bed, ready to fight it off.

"Who is it?" she called. Her father opened the door, but his face wasn't inscrutable as always. There was a twinkle in his blue eyes and he was sprucely accoutred.

"I knew you wouldn't be ready. But Will, you need to get over this irrational fear and it's a piece of cake. I know you're my tough, little girl." With that said, he went down to prepare breakfast.

She did want to discern the subtle felicities of a fair: music ringing in the ears, the fresh aroma of burgers, and the sweet scent of items of confectionery. However, as tempted as she was to go to the fair, she didn't want to endure all the eldritch symptoms of claustrophobia. She would feel the chills, and start sweating. She didn't want to confront the fear of losing control. Nevertheless, there was no going back. She was the only one who could vanquish her claustrophobia.

Soon she was finishing her breakfast. There were hard-boiled eggs, bread, and creamed milk to finish up with. Willow was cleaning her plate when she saw a squirrel capering about. Before long, she was entranced by the sight of the critter capering about. How magnificent would it be if I were of my own accord? How phenomenal would it be if I did not have to dwell inside four walls. The arrival of her father brought her back to Earth.

"Off to the fair," her father smiled. "Now, hustle into the car."

The two of them settled into the car. Down the winding road they went. The day was perfect for the fair. The sky was dotted with a few candy-floss clouds. The entrance could be seen in the distance as the long queue slowly edged forwards. As they got off the car, faint music could be heard from beyond the tall gates with the occasional happy screams piercing the air. Closer to the entrance and the massive structures of the rides could be seen: a rollercoaster, a big wheel, a helter-skelter. Willow just stood there, as if her feet were glued to the ground. The sight of so many people completely overwhelmed her.

But with her father, she stood in the queue. In no time, she was riding roller coasters, scrutinising masks, playing with slime, and doing everything in the fair that after a few hours, there was nothing she didn't try out. She was sitting on a wooden bench in the centre of a garden that housed beautiful frondescence when she noticed that she was all alone. Where is dad? - She thought. Tears welled up in her eyes. Unknowingly, she was moving amidst the crowds, her lachrymose countenance surprised the passers-by but no one took much notice further. Her legs were feeling weak. She stood in one place and started weeping loudly. A man stopped by and asked her if she needed help. She nodded. When she opened her mouth to speak the words came out fitfully, the sounds half swallowed by a sobbing noise. To her dismay she was crying almost too much to be coherent.

After some consoling, she was able to explain her predicament to the man. The man took her to the main kiosk where her father was called.

Her father arrived in no time. Happiness flowed through her, warming her skin like the rays of an early summer sun. Her customary cautious grin exploded into a radiant smile that she had never worn before. Now she would again be able to go back home; again be able to stay in the warm arms of her father and be independent of the worries of getting lost. 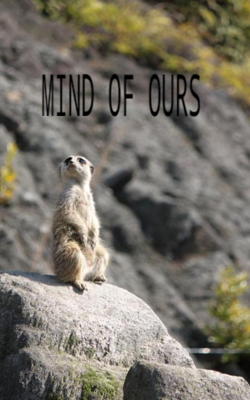