Flash back. The year: 1980. The place: A small town on the globe. The protagonist: A man in his late 40s, tall at 6’2” weighing over 120 Kg, big built and strong. Mr Zack was of the happy-go-lucky type. He earned a lot of money, had a respectable job and because he was still single, had lots to spare too. His life-style was lavish. Always moved around in chauffeur driven cars, went to the best restaurants and never alone – friends or nephews and nieces were always with him. He was a large hearted man. Even the tips to the waiters at the restaurant were big. He believed in living life king size.

Conversant and fluent in five languages, Zack was never at a loss of words to express himself. Infact, he loved to talk. As they say ‘give him a thread of conversation and he’ll end up with a ball of yarn’ … Having travelled widely, he had a lot to share – lots of interesting stories to tell. Stories of simple folks: bangle sellers and shepherds, balloon sellers and shamans. And also stories of the high and the mighty – stories of intrigue and deceit, of battles – victories and vanquishes... One wondered where he kept all this information for he narrated them with such minute detail. He even remembered the colour of the dress, the creases on the brows – he observed detail and his stories were replete with the most beautiful descriptions. Everybody listened when he spoke for he spoke well … His passion for talking was plainly evident. If you’ve heard him once, you’d surely be able to recall his words. Describing the pitiable state of a young boy in his twenties who was abandoned by his family for he had lost his mental balance, he had said “… in places where the dirt had peeled off, one could see his once fair skin…, holding up his pants with his left hand he stretched out his right to accept some alms…”. In another description of a young woman he had said “It was dark and stormy outside. There was lightning and thunder; the lights were out; sitting by the fireplace on the rug, legs folded, with arms around them, her chin was dug into the gap between her knees. The soft light of the embers glistened on her eyes… Her toe-nails were painted cherry red…”

It was as if the whole scene came alive in front of one’s eyes. Such was the ability of this man. Needless to say his loquacity was often the topic of discussion in many a forum. And young boys often crossed the street to avoid him – lest they lose their playing time. But overall, Zack was a respected man and people loved listening to him and he loved talking … and talking … and talking.

Tears were rolling down the cheeks of this big man who until the other day was larger than life. Admitted to this speciality hospital, he could not accept that it was the same Zack who now had multiple tubes inserted into his body. He felt violated – an emotion unknown to him from all the sixty plus years that he had lived. What was worse, he was given a pen and a paper pad to communicate. He couldn’t talk anymore. His larynx had to be removed. A tube ran right through a hole made in the middle of his throat, through which he breathed. It not only hurt but he had never known that though there was so much air all around, it would be so difficult to get some into his lungs! We breathe from birth and nobody ever rations that. The more he thought of his plight, the more he cried. His carefree life-style had finally caught up with him. He would do anything to reverse the hands of the clock. He pleaded to all who came to visit him … like a child he would cry and beg for mercy, but no words came out … just a gush of wind from his lungs … Frustrated, he once flung the pad and pen towards the window! It was painful to watch him too. Here was lying in a state of utter helplessness, a man whom his world respected and revered, but who today was an object of pity. The very strength of his – his oratory skills was snatched away from him in one single act of cruelty – or was it cruelty? Was it that he had to pay up today for his actions earlier, his carelessness, his carefree life?

It was too much to think. Pain was the all-pervading sensation that gave him company throughout the day. And to express that pain, he had to write to communicate! Oh! What punishment that.

Zack sat up all of a sudden. His eyes were bulging out. He was in extreme pain. He couldn’t take it anymore. In one swift movement, he pulled out the tube that ran through the opening made in his throat. Blood began to pour down his throat. He gasped for breath and choked in his own blood. The end did not come so easily. It was drawn out and painful.

Under his pillow he left a note: The cure to smoking is cancer. 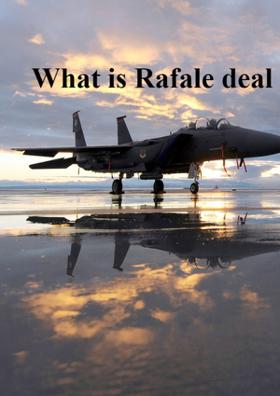