Lap of the Nature

Lap of the Nature

When the moon was at its peak and increasing its brightness in ecstasy, a group of 10 people came there to verify the site. A bald man with thick glasses had wrinkles on his face, was very pleasant to bid this place for construction of his hotel. There was reason to fall in love with this place. It was the real lap of nature. A freshwater pond that Was home to orange and silver fishes, surrounded by huge trees and small lovely flowers. No nature lover can resist spending a few hours at this place.. Finally, the nights were very soothing with the strong light of the moon above the drowning fish. The serenity of this pond, trees and flowers can steal anybody's heart. Here anyone can be agreed to live in the lap of nature.

And that bulky bald man had decided to destroy this place for his own sake. He wanted to destroy the lap of nature to build his grand Hotel. His cunning mind gave him that idea, according to him it is the only vacant place near by the Airport, which could be utilised as a money maker.

They were looking at the place, Architect was indicating the trees as a big hurdle and he told them to fill the pool. That bald man asked the architect to add a pool on the top of the building, which will be uniqueness of his hotel. Construction will start on the very next day.

They left after discussing something else. Fish of pond were listening very carefully to every word. They were worried about the terror of death. It was the last night in the pond, under the moonlight. They didn't want to die. The same was happening with trees and flowers. They were crying out loud. Wind had turned into storm, but it was impossible to avoid destroying this lap of nature.

Whole night was sleepless for fishes, trees and flowers. All of a sudden they heard a voice, humans attacked the trees, with heavy machines they started cutting trees. It was easy to smash the flowers. Trees and flowers were crying with pain and fury. They were chanting to get their revenge from humans. Nothing was fruitful. One by one every tree fell on the earth. Now, a group of workers proceed towards the pond. Fishes were restless and feared death. They were gathered in a corner, there was no way to escape. The workers started to drain out the water from one side of pool, meanwhile filling the same area with soil. Fish were losing every hope of life. They were dying one by one. Last group of fish pledged themselves to retaliate the deeds of humans. At the end of the day, pond was mud, there was no water, no fish, nothing. The lap of nature was a flat place, just like any other flat ground.

After a few months the place remained unrecognizable, the place had a grand hotel named "Lap of the Nature", the trees and flowers were not real. Everything was used bogus to look natural. People were visiting, paying for their joy and comfort. They were happy with fictitious trees, plants, flowers and pools. Fake things or people are often tempted compared to the real, and also dangerous.

Bald man was earning double from this false lap of nature. Christmas was near. Special arrangements were being made by the staff for foreign visitors. The pool, which was on the top of the building, was beautified with fake silver and orange fishes. The pool was surrounded by fake giant Christmas trees and tiny cute flowers. Everything except the water in the pool was artificial.

The night was at its peak again, moon was showering its white moonlight on the water. All the fish were shimmering in the clean water. There were lots of people dancing around the pool. They were enjoying their wine and staring at each other's beauty. Females were Seducing the males, and males were falling in the trap of alluring beauty. Many of them rejoiced in the warm water of the pool. The coldness of weather was turned into hotness. While a few couples were busy creating heat with passion for one another.

Suddenly the silence broke out with a cry. At the edge of the pool, there was a stir of horror, people running away with terrible fear. That screaming spread to the entire pool. People were jumping into the pool. It was like the artificial trees were alive and killing humans by cutting them. Flowers were turned into giant monsters. They were smashing humans. Fish in the pool began to enlarged themselves. They were twice the average size of human. In one stroke, they gulped an entire human. Trees were spreading their branches around the building. The whole staff was killed by trees, flowers, and fish.

At the beginning of the dawn, there was no human, no artificial lap of nature, no building, nothing. There was only soil and real trees, flowers, and orange and silverfish in the fresh pond.

The bald man wakes up with drops of sweat on the forehead. He called his architect and canceled the hotel Construction deal. Now he was happy, as he was not the killer of the real lap of nature. 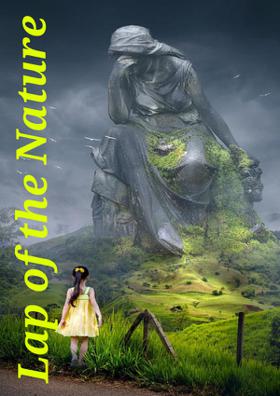 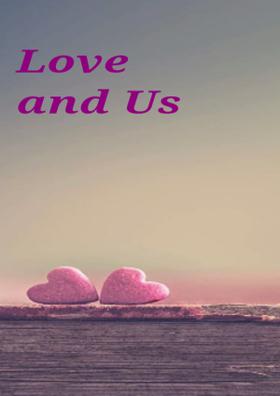