Iliyas Miyan was one of the renowned Nawabs of Lucknow. His grandfather was a well-known person in their family. His generosity and benevolence was well known to all. The last sign of the grandfather was his sandals which were acquired by him from his grandfather. Those patrimonial sandals were very dear to him. Iliyas Miyan used the pair of sandals only on occasions. Not only the family members but the entire village paid respect to those sandals.

Iliyas Miyan had with him his wife and their grandson in the house. Grandson Imran was 9 years old when his parents passed away after an accident. From that time onwards Iliyas and his wife Begum took care of Imran. The whole village called Iliyas as uncle and his wife as aunty and so Imran also called them likewise. A good friend of Iliyas by name Sheku also lived with them. Sheku was a friend who helped them at all times.

Id was due. Iliyas brought out the pair of sandals from the almirah and gave them a shine. Just then Imran was also present there. Iliyas told Imran that those sandals were very precious and he would own them once he grew up. He must keep them well as it was coming to them from generations.

The pair of sandals was very old so they were getting worn out. They were to be sent to Kanpur for repairs. In the entire colony, only the cobbler named Jumman could mend them well. Iliyas was getting old so he was unable to go to him. Imran came to know this from his aunt.

On the day of Id, Iliyas Miyan got ready and went to Masjid with his grandson Imran. After the Namaz, they hugged each other.

Soon after the Namaz when Iliyas came out of the Masjid, he became upset.

Someone had knocked off the sandals of Iliyas uncle. He searched all over the place but sandals were not to be found. He tried hard to find the patriarchal sandals which came to him through generations. The Moulwi Saheb also pleaded for the safe return of sandals by the person who had found them. But probably the lifter had left the scene. There were clear signs of sadness on the face of Iliyas' uncle, as though he had lost his own child. He was getting consoled by the soothing words of the people around. Some people were telling that they were the prestigious gift of the family as the last souvenir from his grandfather. Poor Iliyas started thinking about how he would show his face to his grandfather in heaven. This was becoming the saddest Id for Iliyas. Iliyas and Sheku had to return home disappointed. They walked barefooted.

After reaching home Iliyas Miyan started crying in front of the picture of his grandfather. He gave assurance to his grandfather in the name of Allah, that he would leave no stone unturned to locate the pair of sandals. Seeing him cry, Begum also consoled him saying that she would do her best to salvage the lost sandals.

Thereafter, Iliyas Miyan and his dear friend Sheku set off on the mission- search of sandals.

Sher Khan- "Well, Miyan Iliyas, would you please tell me as to where were you when you lost your sandals?”

Iliyas Miyan -" Have you come to inquire or search the sandals? Well, I was praying Namaj at Masjid.

Sher Khan- (Rubbing his baton on his bald head), "So you lost sandals outside the Masjid".

Iliyas Miyan- "Yes, constable saheb. I don't wish Allah to see me dead without the sandals".

In the meantime, Begum offered a cup of tea to Sher Khan,

Sher Khan -"With me here, if you happened to die what will be the worth of my uniform"?

While Sher Khan was drinking tea and eating snacks Sheku and Begum looked at him hopefully.

Sher Khan- "As soon as we locate the sandals we would let you know. By telling this Sher Khan was ready to leave."

Just then, Sheku hinted Iliyas Miyan, who immediately brought out some currencies from his pocket and offered them to Sher Khan. While putting the money in his pocket Sher Khan remarked," What was the need for it? We are ready to do your job with a right earnest".

Iliyas Miyan - "My friend, Sheku Miyan, did you see how he kept the money in his pocket and asked what was the need?”

Begum- "Leave it at that. Money is not more important than those sandals".

Iliyas Miyan- "Yes, what you say is correct".

Iliyas Miyan -"Begum, please let me know about Imran Miyan? Why is he is missing at this crucial time".

Begum- "He may be somewhere celebrating Id".

Just then Imran came and stood near the door.

By seeing him, Iliyas uncle, aunt, and Sheru were surprised.

Imran had the pair of patriarchal sandals in his hands. All three ran towards him. Imran was scared that his grandfather would scold him. Instead, Iliyas started kissing the sandals fondly.

Thereafter Iliyas, Begum and Sheku started crying. But before Imran could make out anything, Iliyas slapped Imran on his tender face and asked," Where did you take out those sandals?"Imran hid himself into the pallu of Begum's saree. Begum calmed down Iliyas and asked Imran to answer.

Imran- "Auntie, I took them to Jumman cobbler for repair as Iliyas uncle was upset, seeing its bad condition". Tears came rolling into the eyes of Imran while telling this. Begum embraced him and looked after Iliyas questioningly. Iliyas too embraced Imran and both wept profusely.

Just then the constable Sher Khan entered congratulated Iliyas and informed him that the sandals had been salvaged. Hearing this statement of Sher Khan, Iliyas, Begum, Sheku, and Imran started laughing loudly. Begum offered Id Ki Sewai to all.

The joyous mood of Id filled up the house thereafter casting aside the gloom.

Excerpt: This Hindi funny story about Iliyas and his grandson. Everyone in our life sometimes give more attention to something else than our relation. 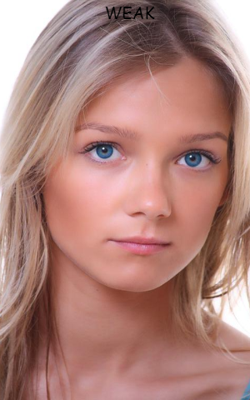 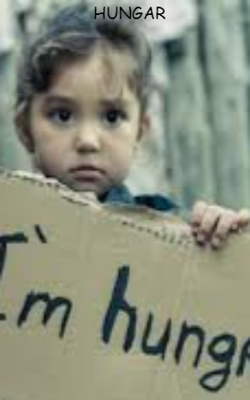