I Was Ice Paralyzed

I Was Ice Paralyzed

My heartbeats were running just as clouds, I was feeling a hint of fear and excitement. My footsteps eager to enter in the world of adventure, checking myself in a mirror, a girl in pink rapunzel hairband and a pretty red taffeta, "pretty cute", I complimented myself.

I, along with one of my mates planned for an adventure at a circus, which was arranged near our orphanage home. I walked through the main door to out in the ground, where Joey, my friend, was waiting. He wore a black shirt and blue jeans with a tie, he looked more professional. I wanted to compliment that it wasn't a meeting but a visit to have fun. But, I held my words back because he had a few temper issues, distinctly, on his dressing. I went to him and said,

"You look good, though don't you think tie should be avoided for this occasion? "

He looked patiently and yet, a glimpse of irritation appeared in his eyes. I tried to avoid any more conversation,

We walked silently to the circus. The whole ground was covered with various rides and a large Ferris wheel. In the midst, was a large rainbow tent stood up with a spike on triangular top. Today, we had planned to just go for the circus show.

There were around 100 seats arranged in circulation around a space lived in between for the show. We sat in front of the row in the middle part of the arrangement. One after another, the show started. The first part of the show included elephants that travelled across the audience and put its trunk on the heads of the children. Some gave coins too. The second part included the monkeys who tried to dance, and jumping around the ground. Sometimes, it sounded like laughing resulting applause from the audience. Next, was a show of Joker.

A man in a white jumpsuit which had colourful dots, also wearing a coned red hat with a red ball stuck on his nose. His face was whitewashed and then several colours were painted. Around his lips, red colour was painted in the form of a big smile.

He started cycling and balancing balls. He rolled over the audience; once he came near us. I was enjoying the show, every bit of me was laughing hard. He falls down the cycle and then started laughing. We all laughed at him.

All were enjoying the show, while suddenly noises started increasing but not from the inner audience, it was from outside. A boy from gateway shouted,

"Everything is falling apart, all run..."

A sense of fear ran inside the people. Everyone started chancing the safest place. Loud screams and crying had taken its place. Joey screamed,

He had already started running while I was ice paralysed. All the crowd had stopped the only gateway to get out of the tent. I tried to search for another exit, that's when I saw that joker was struggling with the cycle, he had fallen and entangled around the ribbons, he was playing with. His face's white colour had been washed with tears in his eyes. I ran towards him, he pleaded,

I tried to help him while I heard screaming my name from joey, while, all the animals were shouting loudly outside. Huge rides were falling down due to some short-circuit. All types of rumours were rounding over the people while joker's one of the legs was half inside the cycle. His blood was all over the place, I tried to carry him but that wasn't enough. I called for Joey but he was so upset with me that he went away, alone. I was feeling devastated. How could someone be so insensitive? He left me alone in this tough time, our friendship of these 16 years just evaporated.

I took him near a carrying wheel which was used by him for ballons and pushed him out of the circus area. Every ride had fallen apart, some hint of fire was also on sight. Few hospital vans were ready on the road, I took him there. He was soon under protection but he whispered something in my ears,

"Thank you for saving me, I won't forget you ever."

I felt so loved at that moment that tears were running from my eyes while a smile felt on my face. He too was smiling while doctors checked him. He again tried to speak,

I was hearing him, it felt so good.

"Yes, but right now you need rest and calmness "

He shut his eyes and again opened it,

I fall apart. I never thought about family or one day I would have any. I was ice paralysed again.

"Thank you ", was only I could reply. 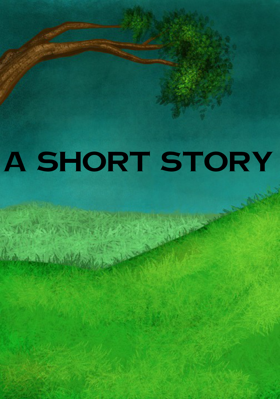 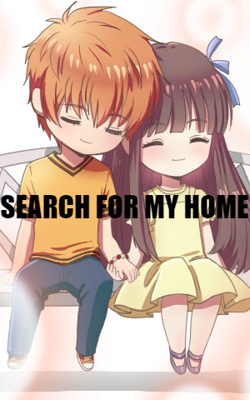