Vihaan was a little old boy. He was a very nervous boy. He was always scared of facing problematic situations. Whenever he faced any trouble, he would start crying. His mother would often help him out of the situation.

This made him dependent on her and soon he had lost his courage. His father did not like his son being a cry-boy. He wanted him to become strong and face his problems with confidence.

One day Vihaan was upset about something when his father found him crying in the garage. "What's wrong? Why are you crying?" father asked. Vihaan told him that he had gone to his friend's house to play with his remote-controlled helicopter, while his friend was gone. He broke it by mistake. He didn't know what to do and was scared. "I should go to mom," Vihaan replied but his father stopped him and told him to solve his problem on his own. "But how?" asked Vihaan.

"Simply, first figure out the problem and then figure out what you can do to solve it, list options about how you could solve this problem," Father replied.

"I could tell him it was already broken when I saw it or I could say that the remote did not work properly or else I can tell the truth and save some money and give him a new one," replied Vihaan.

"Very good, now take a piece of paper and write down the options. Next, trade them according to honesty and moral appropriateness," father said.

Vihaan rated the three option he could think of. Lying to his friend might be a risk. After a lot of thinking, Vihaan decided to go with the third option.

"Son doing the right thing can be hard but always good for the future," father said.

Next day he went to his friend and told the truth. His friend was angry and demanded a new helicopter.

Vihaan was again scared and went to his father and told the matter again. It's time to implement the problem-solving steps again and list the probable solutions and exercise the best option.

Vihaan wrote and found the solution to collect some money from hard work and buy a new helicopter for his friend and now Vihaan made his promise and knew how to solve the problem.

Friends, every problem have different solutions, only need to find the true solution. Always get the freedom to be true to yourself and get the courage to tell the truth and find the solution to the problem.

Do you agree if we are true to ourselves then will we get a solution or not? Please tell me in the comment box.

My heartiest thanks to all the readers. 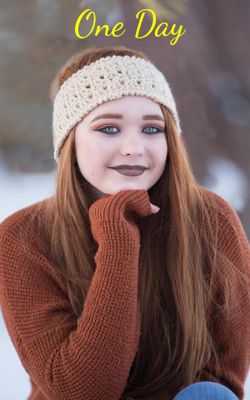