A Place To Feel Free

A Place To Feel Free

"Would you like to walk with us for three days, all the employees of our IT department are leaving" the manager asked

"Yes, I'll tell you tomorrow," I said in a daze

Having come home and thought, what should I do, how will I go, who will take care of my two little ones, nothing comes to make them, how will these people do everything.

Now, even if I do not leave, it will feel bad, if everyone is going and I refuse, then the job can also be in danger. Asked me what I want, the mind said, go to such golden opportunities very few people are lucky, after this, the little ones will grow up, and then they may never spread wings.

Happiness was already visible from a week ago. Was buying clothes and other important items. But there was a bit of feverishness in the family. Whenever my husband saw such a loss, he would always tie his hands on my shoulder with dhandas. During my twelve-year career working as a quality engineer in the IT department, I had this golden opportunity to go abroad.

The names of all the employees were written. Due to working in the airlines, we used to give our employees a small amount of money and get their tickets easily to any place but for that, it was necessary to get a seat in the flight, which was given to other passengers who were given full money but Was.

There were a total of fifty employees in our department. Now, due to the heavy seat problem in the flight, we were reduced in half to twenty-five employees ready to board one flight and another twenty-five to another flight and reached Thailand, Bangkok.

Everything seemed like a dream but we were stopped by the government of Thailand because we did not have a visa and the company did not tell any employees about it. Everyone was spoken, please pay for your visa. Everyone's mouths went down Also could not go back because there was no flight and the flight was to come two days later. So everyone was forced to arrange their own visa.

We all arrived at odd times when there were different flights. The first two hours of arrival there had to be in the queue to make a visa. Then all the people left for the birdhouse directly from the airport without stopping. We were very angry at the manager but no one was saying anything because no hotel is available in any hotel before twelve o'clock.

So, leaving the airport at seven in the morning, we reached the zoo in two hours. While there, we all were fresh and had breakfast. Then I came back to life. Then the bird looked abroad at home and saw various types of elephants, cheetahs, fish shows.

On seeing greenery and such a clean, glass-like country everywhere, the mind was delighted. All the tiredness was erased by all of us. After eating the food, we reached the hotel in two hours and everyone got a room.

My room was with one of my female employees. She was just in her room with other female employees. I changed clothes and knew when the eye started. After losing so much of my senses away from the multitude of responsibilities of the world and after sleeping, I felt lighter. In the evening, everyone had played in Goa earlier with the waves of the ocean coming out to roam, but the blue blue sea was made here abroad. I kept capturing the fun of life in the memories of cool wind in the air.

Going back to the room, my female staff said, "Everybody will stay awake all night, no one will sleep", who could know better than me after making the importance of sleep, so I refused to wake up.

My co-worker said "ok when I come to open the door", I answered yes and went to my room. The children were so relaxed, but they used to remember them in the middle.

The next day I woke up in the morning and saw that the bed with me was empty, I thought it did not come overnight. Then suddenly Priyanka (who is my co-worker room partner) came and said "Do you sleep with horses, why didn't you open at three o'clock in the night" Everyone started laughing.

Now when we were going to go shopping, the torrential rains started there, yet we walked in the water for shopping and got a taxi with great difficulty. There was still a day to go but due to lack of seats in the flight, suddenly the manager called everyone and now we have to leave tonight. Those who want to walk do not come, otherwise they should bear the expenses of tomorrow itself.

I had no interest to go back, but a lot of my work was done. And there was a lot of expense in shopping for something for everyone, so I said yes and most of the employees returned to India after two flights back to their homeland. Just wanted to fly and reach home. No matter what our country is, I am proud of it, there is no love and belonging like this anywhere. My first foreign tour became an adventure tour due to the sight of the flight seat.

My foreign trip is the place where I feel free, completely relaxed, and live my life fullest.

My heartiest thanks to my Readers. 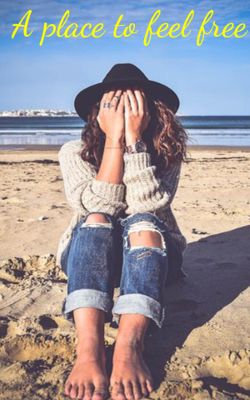 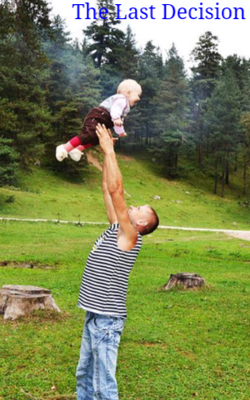