Long long ago there was a king called Veerendhra Bhupathi, ruled Mahendhra Nagari. He was very kind and good ruler. He never collected taxes from the people. Moreover, he gave family pension to every family in his Dynasty. In his Court there was a minister called Narayana Gupta, once he suggested the king not to implement free money schemes to the people who may be habituated and addicted to the schemes and become very lazy. The king didn't care about the suggestions of minister Narayanaya Gupta.

One day a young man came to the court of king Veerendhra Gupta. He requested the king to give him a job. The king said "my dear boy you need not do a job, just enroll your details at our Treasury you will get regular pension five thousand rupees per month. The young man rejected the king's offer and said "getting money without doing any service either mentally or physically is nothing but earning sins, so I don't want any sin before going to heaven or hell". The king was angry and asked the young man "Do you mean the people who are getting pension from our Treasury are earning sins"? The young man replied politely and said if one eats something by sitting idle even mountains also decrease at their last stage. The king laughed and said proudly "the treasure I had is not a mountain, it is a big ocean, some more generations may use our treasure simply by sitting idle, without doing any work, don't worry about our treasure if you don't want my pension keep quite and leave my country immediately". The young man smiled and left the country.

One day an old man came to king's court and requested the king to sanction the family pension to his entire family, he gave his family list and requested at least one lakh per month further he requested one guest house for his family. The king sanctioned the pension and ordered the officials to handover the guest house to the old man which is besides King's family port.

The old man's family enjoyed a lot. Daily simply they all sit together and passed time by chit chatting. One day the old man approached the king, requested for hike in their family pension as his family invited the near and dear around the country. The king sanctioned three lakhs rupees per month to the old man's family.

One day minister Narayana Gupta made notice to the king about the old man's family regular activity, they regularly quarrelled about the facilities distribution they had with the pension given by the king. The king was shocked and asked the minister am I doing wrong by giving pension to this type of useless fellows, the minister said "yes it is absolutely wrong, just once go through the country it will be cleared".The king along with the minister collected confidential information though the secret agents regarding the Free pension scheme, then came the confirmation that some people were mis-using the pension. The king requested the minister to invite the young man who opposed and said the king's wrong policy on pensions scheme boldly. The minister said the young man is one of the family members of the old man who acted as mis-user of our pension scheme. The king understood that the minister, the Young man and the old man played drama to make him realise facts about the adverse results of free money schemes in an human resourceful country. The king appreciated the young man, the minister and the old man for giving him good report through practical explanation, and made the young man as his finance minister immediately. 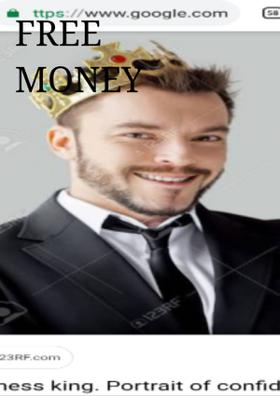