Five colorful fishes were swimming in the fish tank. At the corner of the tank, bubbles were coming out of the pipe. Gravel, oyster, shell, moss and along with a small toy house was also kept inside. I took the fish food in my hand and spill it in the tank. As they saw the food, all hungry fishes hurried swam to eat more food. Some of them fought and claimed for the same piece of food! Seeing their sweet quarrel brought a smile on my face.

One unfortunate rainy day, while bathing on the terrace I slipped off and my left leg’s bone got fractured! Six months I had to be bedridden. Staying in one room I got bored. After four months I started roaming in a wheelchair. I would drive the wheelchair to the hall room, to give some food to fishes. As I was feeding the food to fishes, my face was expressionless. I was staring the fishes and my mind was reading their minds…

Five fishes were caught in 1.5 x 2 feet tank for a year, how would have been they feel to be in such a small area of world. That was only their world. The freedom to swim anywhere in the entire lake is their innate freedom. I had snatched their independence by keeping them in this tank for my entertainment. If I'm getting bored of staying in the house just in four months, then how much they would have been bored!

Life placed me in such situation that the existence of my confined life had made me realize of five mute souls I had been kept in the tank.

Two months later, I left the five fish in a nearby lake and returned their freedom.

Really, sometimes we do not understand the problem of others, as long as we do not pass through it. 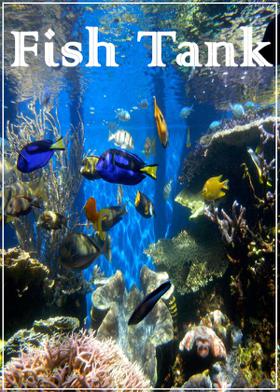