Best Time To Discover Yourself

Best Time To Discover Yourself

It was a normal day at the Gupta house, Mr. Gupta was leaving for his office along with Mrs. Gupta, who also worked in the nearby office, just then Sameer came running down from his room shouting, "Mom, dad wait I have news to give you both". Both his parents were startled to hear their only child's voice at 10 in the morning because generally, his morning wouldn't start until 1 pm each day.

Sameer came panting down and told, " Finally, I have got my dream job of becoming a guitarist in Bangalore, and yes I have to get started off tomorrow itself, and yes I have got the air tickets already done dad, and it's at 8 pm tonight, you both don't need to worry I will have Ram kaka prepare my food for travel, and I have booked my car for the airport as well, so just wanted to inform you both, that am leaving tonight for Bangalore, and won't be back for at least a year,(thinking in his mind, "As is my parents don't have time for me, at least over there I will have my work colleagues"), but don't worry I shall be calling you both whenever I get time."

Both his parents stood shocked, as they listened to their son, and Mr. Gupta finally broke the silence and spoke, "Let's go Seema, we are getting late to work, our son has grown big and is learning to stand on his own, we have our international clients waiting for us at the office." Seema like a statue followed her husband, as tears rolled down her eyes. The meeting got over at the office by 9 pm, and Seema all through the day was only thinking of Sameer, whereas Sameer was enjoying and thinking that his new life will be filled with adventure, and fun and he won't feel lonely anymore. Seema was cursing herself, that she got so busy at work and got so engrossed in helping her husband expand his business that she neglected her only child, and today when he is going away from her, she couldn't even hug him and wish him luck for his future endeavors.

A few weeks went by, and the country went under strict Lockdown, Sameer, thought that his PG mates would also stay with him, but all went back to their hometown, as the Music company he was working with, shut his office and asked their staff to work from home. But Sameer decided to stay at PG, and the PG owner was a very dear friend of his father, so he agreed to keep the PG open, but only on the condition that Sameer paid the rent of 6 months in advance, and that no house help would be provided, he would have to do all the work on his own. Initially, Sameer was enjoying his stay, and though that finally am living on my own, and no one is there is check up on me at odd hours of the day.

On the other hand, Seema and her husband, also had to shut their office and were staying at home and working from home, and during the stay, they started to miss Sameer, often they would call him, but he wouldn't pick their calls, and even if he did, he spoke very rudely to his parents. One-night Seema was crying, just when Mr. Gupta entered the room and saw that she had taken out all the trophies and certificates and medals won by Sameer lay before her, he sat beside her and told, "what is it Seema, why are you crying? Did Sameer again didn't pick up your call?"

Seema told, "Amar it's not because that he didn't pick up my call that am crying. Am crying because, I have made my son emotionless over the years, whenever he would call me up after returning from school, I always told him that am in a meeting and kept his phone. The first time he got a medal, from school, I was not there to celebrate it with him, the first time he topped in class, I couldn't hug him and say, well-done son. I got too engrossed in my work, I couldn't be a good mother Amar". As Mr. Gupta heard all this he realized that he too had distanced himself from his son, and also his wife, though they both worked together but spoke nothing except work to each other. Mr. Gupta got up and went to the other room and thought to himself, 'how could I do this with my family, I left them behind so that he doesn't have to see poverty as I did in my childhood days, but now I will try my best and mend things.'

From the next day Mr. Gupta, started to help Seema in the household chores and gradually, within a span of months they both started to live happily and found out a way to bring Sameer back home. Finally, after 2 months Sameer returned home, he had become insomniac, suffered from severe depression and anxiety, staying alone in the PG, he realized that staying alone was not what he wanted, he wanted his parents the most and only their love and support could heal him.

Now, every day he starts his day with a morning walk in the garden of the house with his father, and then does exercise at the in-house gym, eats healthy food cooked by his mother. They all sit and have all the three meals of the day together. And finally, Sameer realized his mistake of leaving the house, and left his job and promised to help his father in his business and Seema gave her resignation letter as she realized that she feels truly happy in cooking food for her family, and taking care of everyone and enjoying time at their house. 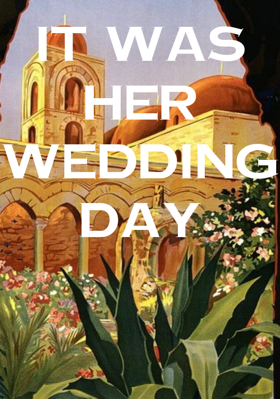