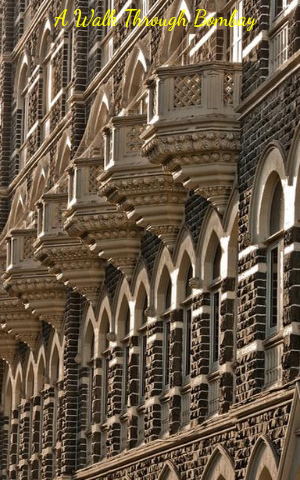 A Walk Through Bombay

A Walk Through Bombay

Rahul and Shekhar were two brothers of similar blood, living without a doubt in the same apartment in a posh yet average Bombay community. It was a sprawling sea-view high-rise with almost everything they ever needed, and also what others yearned a lot about. The time was early in the morning, about 7:00 AM. The atmosphere was damp as the rains had cast precious seeds of cool water on the life and land below. There was a striking absence of lightning, which usually accompanied the clouds.

The siblings, who vowed to fight against each other and whose quarrels and thunderous screams kept up the watchman and other residents disturbed, were rather quiet and amazed as they saw the view outside. This view was what they saw every day, but this particular day it was impressing them abnormally.

Shekhar asked his brother - "How long are we going to stay cooped up at home? Let's ask Anand Chacha to take us somewhere." Rahul, with a gesture of the answer being obvious, replied - "Sure."

Anand Chacha was a senior citizen living in the same society as Rahul and Shekhar and was very fond of kids. He was the first person they went to when their own parents were in their offices.

Rahul and Shekhar got ready and left their home in search of Anand Chacha, who was at his home reading a novel. They asked him whether he could take them somewhere enjoyable, and without hesitation, he took them in a rickshaw to explore the true Bombay, and not what it was depicted as.

The first destination was a pani puri stall, serving each customer for 50 years.

Anand Chacha told them - "This is the exact place where I used to eat as a college student...", to which they reacted with such deep interest and awe.

They ate and ate with pleasure and amazement, while the original owner of the stall greeted them and even gave them the food for free!

The second was the famous Brabourne Stadium, where countless cricket matches were played.

They seated themselves in the Stadium and envisioned that a real match was continuing! The staff there also felt a sense of happiness at the cheering, as they imagined India winning a match against its opponents!

The final but not the least was the elliptical Gateway of India. The sheer enormity of the structure made them proud of their country and gave them a sense of its historical importance.

Though what they saw was less, it was enough to flood Rahul's and Shekhar's minds with the thought of what lay beyond their luxurious and modern lives.

As their parents asked them about what they saw, they replied - "We saw Paradise on Earth!"