Once there was a boy named Egbert, he used to get bullied really badly. His teachers would point out at him, his friends would trip him and laugh at him, and poor Egbert couldn’t tell his parents either since they were his step-parents. (Egbert was adopted by his step-parents when he was 8 years old and now he is 14.) Egbert almost every day would get bullied, someday or the other his classmates would find a way to laugh at him and his teachers to point out on him.

One day it went extreme, his classmates almost fractured him. Egbert got pushed down the stairs by the two most horrible bullies in his school. Egbert almost bleeding and has cuts all over his body and everyone was giving him a look as if he pushed himself to get attention. No one, not even a single soul, not even teachers offered to help him, so he had to walk to his home covered in scratches and blood. When he reached home no one was at home since both of his step-parents worked during the day. He ran to his room and cried so much, he in fact fell asleep on his bed crying and he didn’t even notice. Next morning he was too ashamed to go to school and he was too scared to tell his step-parents about what had happened since he thought that they may laugh or make fun of him too. (Egbert wasn’t really close to his step-parents, he was more of an introvert.) So, Egbert went into depression, he used to cry every night, he never used to talk to anyone, he used to sometimes bunk school because he was always scared from the incident of him falling down the stairs.

One day Egbert decided that there is no use for him to live, he wanted to die, he wanted to suicide! Since this was a matter of life and death and it was such a huge decision that he gave him 7 days to wander, but he decided not to live with his step-parents for the last week of his life. So Egbert left his house at his sleeping time, he jumped down his bedroom window and he had a bag with him that had water and a few fruits and his clothes. Egbert walked till midnight until he came across a farm (more of an open field), since Egbert was really tired he slept there in the open, silent field.

Egbert woke up and he saw the birds chirping, the beautiful flowers, the trees with delicious fruits and the bright sun. Looking at all these made him forget about everything, but then he realized of what he had done and he went on with his journey, he got dressed and freshened up in the public bathroom, he then walked about 5 miles and he reached a village, the village was very cheerful, calm and filled with nice people. He walked around the village and went back to the field to sleep. (Egbert dint get much to eat but he ate the fruits from the true and drank water that he had brought with him to the journey.)

Old man: Hello boy, I haven’t seen you here before… are you visiting?

Egbert: Oh hello sir, I am Egbert, I am just visiting.

Old man: I am William, Where are your parents?

Egbert: Well, umm… they are dead!

Old man: Oh that is so sad. Where are you sleeping since there is no orphanage here.

Egbert: I sleep at the field, it is really beautiful but it is 5 miles from here… usually I get realy tired walking such great distances but I guess it doesn’t bother me anymore.

Old man: Well, I have an open room at my house if you want to stay.

Egbert: Oh, that is very sweet of you sir … I guess I’ll take the offer.

And later that day Egbert moved in with the William. Egbert thanked William for everything. Egbert definitely saw a lot of different people of very different nature, they were kind, sweet, weird but funny, some kind of people who he had never seen.

Egbert had been getting a lot of attention by William as if he Egbert was William’s own son. Egbert was getting fishy and he thought why would anyone be so nice to him when everyone in his life was so cruel to him. So Egbert went to see William in the woodshop where he worked.

William: Hello Egbert what are you doing here?

Egbert: Don’t you act so nice to me! Why do you let me stay at your house and why are you are you being so nice to me?

William: Oh you fellow boy, don’t you make a scene here. Come home and I will tell you everything.

Egbert: I will be waiting for you because we need to talk!

And so Egbert waited for William to get home.

After William finished his work at the woodshop he took Egbert straight to café to eat something.

Egbert was furious by now because he waited for an answer all day and now during the evening time also he didn’t get an answer.

After finishing eating food at the café, William took Egbert back to the house, told him to sit and listen carefully.

William: Ok, Egbert you wanted to know the truth right?

William: OK so around 20 years ago, I had a son and a loving wife, one night around 9:00 I was working at garage making a desk for my son Billy, he was 14 years old. When I was working a stranger came to our house, I thought he was an adviser for a website. (That time websites were a new thing, not everyone had a phone back then.) But then I heard a gunshot! The guy had killed my wife and my son. I ran to my house and I saw both of them dead. I wish I never went to the garage that night!

Egbert: I don’t understand sir, you only heard one gunshot then how could both of them have died?

William: I know but my son had an infection ‘Sonakolia’, this infection kills he/she when they are very stressed or panicked.

Egbert: Oh my, I had no idea about all this, I am so sorry I judged you.

William: Well Egbert could you give me a moment alone?

Egbert: Sure sir but I have to confess something too.

William: what is it dear?

Egbert: Sir I used to get bullied a lot when I went to school, I got adopted when I was 8, so I got tired of this whole MESS, so I decided I wanted to die but it was such a big decision so I gave myself 7 days.

William: Oh dear god what these children think now a days! Egbert I am sure you had one person who cared about you. People just want one more day to live and you my child are thinking of SUICIDE!!

Egbert: William, no one cares about me, they all hate me, I don’t want to live with a life like that!

William: you need to go to your house, your parent (step-parents) might be worried about you.

Egbert: Sir if you don’t want me here then I will leave but no way am I going to that house or that school!

Egbert left the house early in the morning without telling anyone. Egbert didn’t know where he would go but he certainly didn’t want to stay with William.

Egbert went to the field where and slept there since he had been walking for the past 7 hours without food or water. Someone found Egbert sleeping in the farm, it was a bunch of teenage girls, they threw a bunch of hay and sand on him and ran giggling away. Egbert cleaned himself in the public bathroom and slept next to the dumpster since he was not allowed to sleep in the field anymore.

Egbert woke up quite late today and so the dumpster cleaner told him to wake up and go somewhere else. Egbert usually doesn’t sleep till noon because he never wanted his step-parents to wake him up but today he had the most wonderful dream, he had his parents bring him the latest game, the latest phone model, they took him to the ice-cream parlor and he could eat anything he wanted, he was also allowed to not study anything, his fake-friends sounded really nice to him, no one bullied him, teachers were extra kind on him. It was like the most amazing dream to him. Then he remembered what William had said about being loved and cared and then he thought that maybe someone actually did care about him and he made the biggest mistake of his life by running away instead of facing his problems. He walked a really long distance but finally reached William’s house. Egbert knocked on the door.

Egbert: I am so sorry sir for everything, I can’t even believe I was about to give up my life, you were right sir, I was about to make the biggest mistake of my life, I shouldn’t have run away from my problems I should have faced them. Someone does care about me and loves me, it’s you sir, you care about me, you love me.

William was right, everyone was worried about Egbert, the police was everywhere around the town.

When they all found Egbert, his step-parents were the happiest.

It was all like a dream come true for Egbert.

Obviously Egbert visited William during his vacations and weekends, it was like William’s son never died. 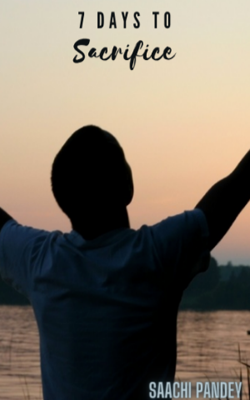