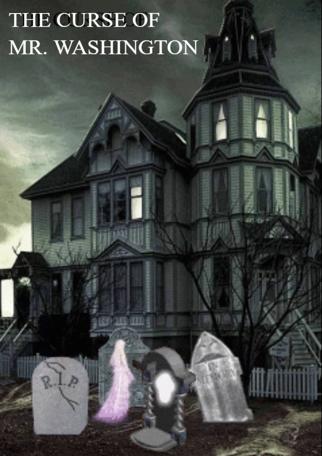 The ghost had woken up at night to scare Sara and her parents as the ghost had been scaring visitors for a long time. One day Sara found a paper on the floor saying that on 12 December,12 days, 12:00 at night a man named Mr. Washington had hidden the bluestone. He was thrown out of the house on this day. On this day every year, there would be a new curse given to the house. One day before the curse Sara wanted to restore the stone into the tomb. She searched for clues and found the last clue.

On the clue, it was stated that the stone was left under a toy who had a hat and was wearing a blue shirt. Sara looked under all the toys with a hat and a blue shirt and under the last toy, there was a bluestone. Sara picked up the stone and gave it to the maid standing outside the room. The maid took the stone and restored the stone to the tomb. Suddenly the curse had vanished and the family was saved from the curse and everyone lived happily ever after.