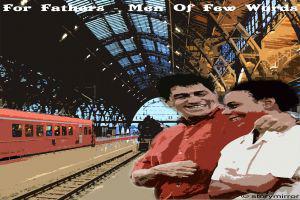 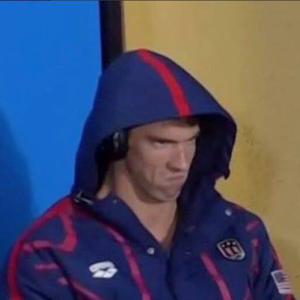 My train from Mangalore to Tirunelveli was running 4 hours late. After an exhausting trip, where I had covered over 6000 kilometres by road, train and plane, it was a bit too much. I wondered if I should stop on the way at Trivandrum, which lay en route, and take a bus the next day. But my father advised against the same as much of the route was flooded. He and my mom had made over 8 calls during the day for various purposes right from waking me up to checking if I had had food. I wondered if they realised I was turning 30 in 2 months and was slightly irritated. So when my dad phoned and asked if I had crossed a station which was about an hour from Trivandrum I lied that I had crossed not only that station, but also Trivandrum. This was to forestall the possibility of him bringing food or water for me out of worry for my well being.

Anyway, in about an hour I got a call from my dad that he was at Trivandrum station with food and water for me. The cunning old fox had figured out I was lying and had checked with the railway enquiry on the trains timing. I felt a fair mix of relief, gratitude and exasperation as it had been a tiring journey and also that my parents wouldn't quit worrying about me.

The train stopped right in front of the old man and he handed over packed food for me. I could notice the limp in my father's walk he suffered due to a torn ligament. He is a great fan of hot beverages and asked if he should get a cup of coffee for me. Instinctively, I said yes. And regretted it the same moment. As I knew my father would rush to get it. The train being late would leave in a maximum of a couple of minutes. As my father rushed to get coffee my mind went on a reverie.

He had been a decorated officer in the army. He had done it all, right from running across minefields to save a post which had caught fire to having had a 50000 reward announced on his head in 1983 by Naga insurgents for his having been instrumental in eliminating or apprehending dozens of insurgents. He rarely talked about his career. Most of what we knew was from slips of tongue by our mother and our interactions with jawaans among whom he was much loved.

I paused as I realised here he was going to get a cup of coffee for me at 11 pm competing against a train which could speed faster than his limp would allow him to compete.

Every son thinks of his father as superhuman till a certain age. And then one fine day you realise your old man has aged. I was confronted with the pathetic imagined image of my father running on the platform to give me a cup of coffee. His limp pulling down the infantry man who must have done hundreds of 50 kilometre marches. I cursed myself for my absent mindedness in asking him to get coffee.

The train could go any moment now. The light had turned to amber and the old man was nowhere in sight. I was literally panicking now as I imagined my father losing his superhuman aura.

The green flag was waved. And the train started to move. Dejected, I boarded the train. Just then I saw my father about 2 compartments down briskly walking with a cup of coffee. He gestured to me to run behind to the compartments he was near to from inside the train. And boy did I run! I rushed to the third last coach and panting drew up to the door. Alas! My father was about 5 metres behind the door and limping. My heart sank. The train was speeding and the old man stood no chance. Suddenly I realised he was laughing and he was gesturing to me towards my feet. I looked down. The cunning old infantryman had improvised! He had kept the cup of coffee on the footboard! And I being the fool that I am had almost kicked it over. He guffawed at me. I had often laughed at his ideas as being impractical, but as I picked the coffee cup from the floor and took my first sip, I realised he was still the man. And I the boy. What he lacked in physical prowess he had made up in cleverness. I was still the novice and my dad was still superdad. I felt a wave of relief pass over me

For Fathers- The Men Of Few Words