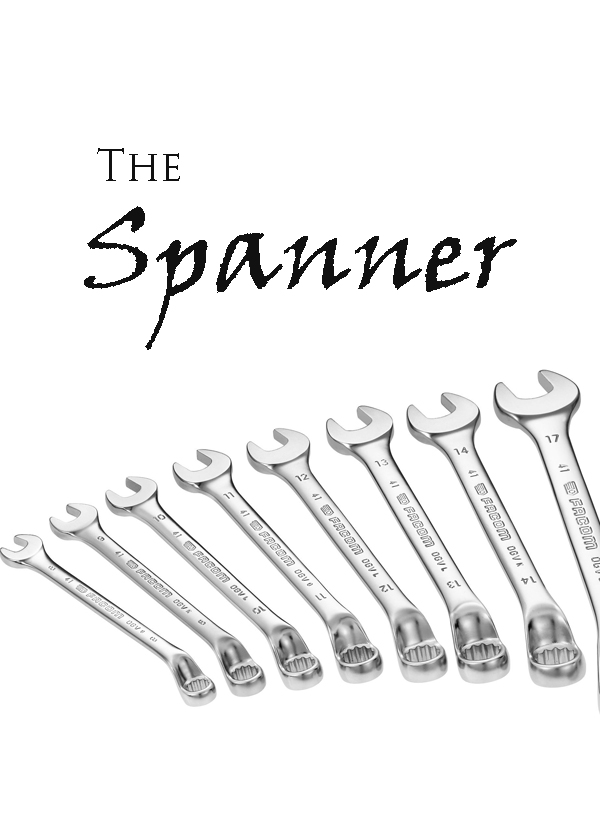 "Not this the other one... you lazy bum... when would you ever learn! I wish my sister never married. Got married, fine. Why did she have to have a kid?! Had a kid, fine. But why a lazy kid?! And why suddenly want to go for a boat ride?! Boat ride, fine. But why let her duffer hubby till the boat?! Dragged straight into the vortex and smashed on the rocks. What am I do with an orphan now? Am almost one myself, just getting by. How am I to be a mother to him when I have never known one

for 20 years now. Poor bugger, doesn't even realize his predicament. Childhood's bliss. But for how long. What am..."

Ajju could only smile a faint watery smile. Ga, as the kid called himself, had found all the nuts lying around the small cycle repair shop and tightened them around the bolts he could find. The kid was

dexterous but had no idea what to do with it. Ajju, was trying to teach him his craft- repairing cycles. But he was desperate. Ga was his only remaining family and in spite of all cussing and ranting he loved him beyond the beyond.

Ga loved the spanners. The smallest in particular as it fit his tiny 4 year old hands. It was almost impossible to get it away from him when Ajju wanted to tighten the brakes of an old Atlas. He would throw the most vicious tantrums, which would threaten to break Ajju's short lasting calm. He would have to muster all his composure to not to hit out at Ga. The kid even slept with the spanner.

One day, business was especially good and the tiny workshop was almost bursting at seams. Ajju was trying hard to set a failed brake of an old rickety Atlas which belonged to a student in a hurry for his exams. But Ga just didn't let go of the spanner. First endearments, then cajoling, then bribing and finally an explosive snap. But Ga didn't budge. He ran all over the workshop. Ran out of it and into their shack behind. Ran out of it too. With the student getting panicky and threatening himself, Ajju lost his final straw and slapped Ga across his face. The kid just sat down where he was standing. His fist opened itself and the spanner fell out.

It was time to close shop and Ajju had a good pocketful. Now that he was free for the day it suddenly bore heavily on him that he had hit Ga. He suddenly shuddered and ran into the shack. Ga was sitting in a corner, staring blankly out of the starry hole in the shack corner. Ajju was overcome with guilt. He ran back to the shop and got the spanner. He went and sat next to Ga and started cleaning the tool with his shirt corner. He buffed it to a shine and gently placed it in the kids palm and closed it into a fist. He lovingly combed his finger's through his curly hair. Ga, still sat as if in a shock. Ajju's guts wrenched inside him and he couldn't help cursing himself. He ran back to the workshop and got Ga's "spannered" nut bolts. He put them in his other hand, but to no avail.

Ajju was in tears by now. He was fighting to keep his sobs in check. He scooped up the kid and held him tight against himself. The sobs won and Ajju body heaved under their impact. He kept saying how sorry he was and that he would never hit Ga again. Just as Ajju's emotions were draining out he felt two small, skinny arms slow wrap themselves around his neck and a head full of curly hair rest on his shoulders. He felt Ga was now breathing easier. Suddenly, Ga pulled up his head

looked long into Ajjus teary eyes. He brought his fists, still gripping the spanner to his face and wiped the tears with its back. Looking with a child's innocence into his eyes he said,