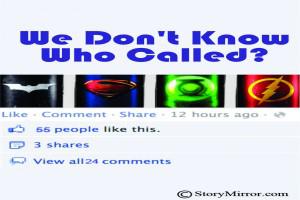 As Rohit thanked his school friend for helping him with his car’s insurance, he thought of his school days. Those friends, the playground, the teachers and everything else a boy in his teens does in school. He was happy that he was still in touch with some of his school days’ chums and would take out time to meet them every once in a while. Well, all was good until one day when he came to know that his friend had charged him Rs 5240 extra, over and above the actual insurance amount. Rohit felt duped and cheated. By his own school buddy ! His efforts at contacting his ‘cheater’ friend went in vain. Maybe, Atul really wasn’t in a position to answer or maybe he really was taking him for a mean, mean ride. Anyway, the next thing Rohit did was to go on his school’s main page on Facebook and post a longish note on the wall about what had happened, serving Atul a meal of public scorn, replete with heavy contemptuous words and peppered with sarcasm and shared the feeling of unnerving shock at learning the true ‘character’ of a friend from the same school as him. His post got 35 likes and 17 comments, most of which shared his sadness for the unfortunate event. The president of his school’s alumni committee responded quite vehemently at what had happened and told Rohit that the whole group is with him and that they will catch this fraudster and make him pay up. A teacher from school wrote, “It’s sad to know that these were my students.” Others pitched in about intolerance and character and lowly conscience and what not! Yet, many others, who ‘liked’ the post but did not comment were the passive audience to the post, who just sat back and enjoyed their notifications which just kept streaming in, one after the other. Rohit relished the feeling. He felt extremely righteous about himself and about what he had done. It was time to teach Atul a lesson, he thought. Two days had passed and one of the comments read, “Hi, pls give me a call when you get the chance. Inboxed you the number.” Puzzled, he called the number and the guy on the other side told him that his elderly uncle wanted to talk to him but was presently unavailable, asking him to call back after some time. Rohit was confused. There was nothing to worry about, but he wanted to know what the old man wanted to chat about. He dialled again in the evening and was told by the same guy that his uncle was hospitalized and so he was supposed to convey the message. He was told that Atul was his uncle’s son and his uncle asked for Rohit’s bank A/C number as he wanted to clear his son’s dues. Rohit was embarrassed. He didn’t know what to say or how to react. Earlier, that same day, he had added some more distasteful adjectives to his post on Facebook and had last registered 55 likes and 24 comments. He managed, “Oh no its all right. So nice of you to call. Is your uncle okay?” The guy on the other side replied, “Mr Rohit, the money has to be a lot for someone who decides to put it on a public forum as public as Facebook. Please give me your a/c number and I’ll ensure no further problems are caused to you.” This killed Rohit. He let out an abrupt “Err” and gave the man his a/c number, thanking him again for calling and apologizing for anything that he may have done wrong. Within 2 hours, his account status showed a credit of the exact amount. After a while he commented on his post, “Hey everyone! Thanks for showing concern, the problem is sorted!” End of story. The reality to which Rohit wasn’t treated was that neither did the guy who called him have an ill uncle, nor the uncle was Atul’s father. The caller, in no way knew or had ever heard of Atul. But, does that matter? I guess, no. What matters is that bad words written about someone’s character and quality were taken off the internet and those who were enjoying the event had to move on to some other sources of mean gossip. Mission accomplished. After one week, Rohit got a call and a rather old and tired voice spoke to him. “Beta Rohit, I am Atul’s father speaking. Atul wasn’t keeping very well and passed away three days back. He told me that he had got to know that the insurance he got for you was available at discounted rates and that he was to return Rs 5000 to you. Beta, take down my address and drop in sometime…” Rohit started to cry, the little boy in him unable to take any more. He couldn’t stop saying sorry and at last said, “Uncle I’ll come to see you, but promise me you wont give me any money. I’m really very sorry. Atul was a great friend.”

Again, we still don’t know who had called Rohit. But we can sure be happy about it. Someone somewhere had a heart and did what had to be done, and that too in the most unsung, most inconspicuous way. A real hero? Probably Yes.

We Dont Know Who Called