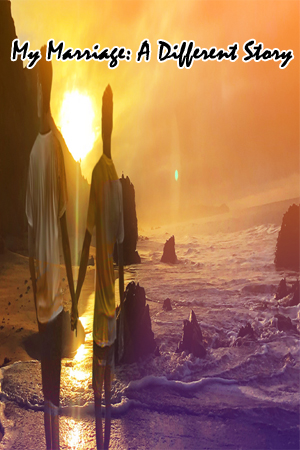 My Marriage: A Different Story

My Marriage: A Different Story

As the train went on to the Bharuch station, my heart started to beat faster. In the train coach were my aunty, my father, my mum, and me...

We were together after a long time, with the agenda which every parent forces on their child after they have completed their studies and are doing a job..yes, my marriage.

My aunt was pretty happy, (she was the one who had found the girl out).. and so were my mum and dad..but not me. I didn't want to marry, at least not now..

The train reached Bharuch and the girl's side came to pick us up. "Oh, welcome Vipul!!, Come here" and "Arey samdhi ji!" (in laws)... These were the sounds of their greetings. We then went to their house and freshened up. After that, a kind of funny interview mode started, each side was asked questions, like my salary, living area, job, company, preference, etc. and whether she could cook, her job , post, salary and future of her job was also discussed..which was favourable.

After a few minutes, which seemed like hours to me, there was a voice from my dad "So, lets leave them alone right? Let them talk, open up?"

She had eyes of a deer, smile glowing all over her face and body which seemed fit .. I could see that she liked me. I on the other hand was not at all interested..."So, what hobbies do you have?", She started. "Listen, I cannot do this marriage, I won't be able to keep you happy.", the words forced their way out of my mouth before I could think of anything. "Oh", she said. After 30 seconds of silence, she said "Is there someone?" I nodded, for the time being. "She would be very lucky to have you, good luck!", She said. "Thankyou". Then we talked a little so it would seem that we are bonding, and then after another hour, we took off.

We were in the train again, where my aunt was still staring at me, as if she wanted the answer right away. "No." I said. "But why???", They all asked in an exasperated voice, together.

I remained silent. A phone ring came on my dad's mobile, which he picked up in an instant. Mum and my aunt were looking at him in desperation and hope at the same time, as he talked and i looked out of the window..

After the call, my father said " They have rejected him, and said that, we needed to talk to our son." So maybe she came to know...

They were all now looking at me,

My aunt started "Beta, what is the matter, you are ageing, marry someone or you won't get anyone!"

I was done now, and I finally said it. I couldn't and should not hide it anymore! Its been 5 years now..

That word was like a shock to my parents and my aunt. Mum began wailing, Dad was silent and aunty was staring at me, as though an alien.. "See, what has happened to our son! He's ill now!", Mom said. Dad looked at me ...and said "Beta...." "Mom, it isn't an illness!, I was born like this, I have a different taste, a different choice!" Slap! Slap! Another slap! One from my aunt and two from mom. Dad was still watching..

I was weeping...these were my parents?! Unable to accept me? What thoughts they have, after raising me with good values and open mindedness!! I went on to the upper berth..and left them alone.

They were all in shock. My mother wailing, Dad thinking, maybe trying to remember any hints, and my aunt, ....furious? I couldn't say.

I am leaving the town today, to return to my job. In these two days, not a word was spoken to me, nor was I given any water or food. I had food and water in a nearby restaurant, all meals, other times, I was in my room.

I packed my bags and was ready to leave, my parents standing, tears in mom's eyes.. not saying a word. My aunt had already left for Kolkata, so I supposed that my family now knew. I started to go after forcing a weak smile and saying "bye", when my father said, "Beta..when...I mean...since when...?"

"Almost 6 years, Dad... I have known this for six long years..and did not dare to tell you two anticipating the reaction", tears rolled down my cheeks, " I tried ma! But, its not a disease or anything, and I went on dates with girls, but I couldn't but accept myself, hiding myself from you..but don't worry, I will never trouble you, I will cut off my ties and you will not be hearing from me again."

Slap! Went on my mom! The second one was about to hit when my dad held her, and said "Stop it! With nobody supporting him, he needs us! He's our son for god's sake! And there is nothing wrong, nothing! Stop the hitting! We need to support him right now, accept him. Can you imagine the pain he has suffered from in hiding himself from us?? And we pressurised him to marry everytime! Oh my god!"

There were tears in all of our eyes, some of acceptance in theirs and some of a relief in mine. I was finally, ... accepted..

I am in the mandap, or the place of my marriage, the mantras going on, and I look in his eyes, and see my world in them. I am finally getting married. Married! To the man of my dreams. Oh I'll also get a happily ever after? I will make that happen of course, but it is truly significant to see all my relatives smiling and blessing us both. And I still could remember the wedding hall sign