"Why do I always have to instruct you to do these simple things? When will you grow up? You are already 25 and in a few years, your mother-in-law is going to call me and tell me that I haven't taught you anything", her rant had lasted for 15 minutes that day. I had yet again forgotten to do my single assigned chore-dusting, and like any other day, she had a lot to say about that. I wished she could learn to summarise these things in one statement and be calm and quiet about my perspectives as a future 'someone's-daughter-in-law'. But, after living with her for these many years, I had understood that as we grow old, we also grow rigid-in our bodies, in our beliefs and in our habits. So, instead of even trying to argue or change anything about her, I kept mum most of the times.

"I've already gotten your breakfast ready. I'm leaving for the office. See you in the evening", my dad's words, after an hour of welcoming me into the mum-less house have shaken me out of my reverie. He gets up to leave, turns around to look at his most precious possession and obsession for the day-the newspaper. I get it, that unlike any other day, when mum prepares breakfast and he sits on his usual chair reading about the events of the world, today he hasn't even got time to go through the headlines. And so, the craving.

"Why don't you take it along with you? I won't read it anyway."

I usually read the news from my phone (courtesy-viral FB posts).

"No. I will read it after coming back, otherwise I'll get bored then."

I didn't answer. I was busy realising the worth of the regular conversations my parents had everyday, after dad came from the office.

Often, he would switch on the TV for the news and business channel, while mum kept going on about the happenings of the day, a few decibels louder, so that he could hear them from the kitchen.

And if not all, on most days, they would end up in an argument where mum would complain of his lack of attention and the strain on her vocal cords, and he would deny it plainly with "trust me, my eyes might have been on TV, but my ears were open only for what you were saying".

After latching the main door, I take one look at the house and it looks back at me in a bored, lifeless kind of way. I start cleaning up and move from one room to another as I listen to my 'fun' playlist to keep the silence away.

Dad has warmed all the milk in the house, unlike mum, who knows that I love to begin my mornings with cold coffee. I decide to drink hot coffee today as I scold myself for being so overly dramatic.

It's just a few days, and she'll be back. I tell myself to keep the mood upbeat. One of my favorites comes to play, and I start zooming around to its rhythm. I never dance when she's around. She is proud that I'm an above average dancer and smiles when she catches a glimpse of it, before I self-consciously stop. On some days, she joins me too and we have our own mother-daughter kind of fun then, but, even grooving today doesn't seem to fit.

I look at the doormat and somehow, I know it's not in the right place. And next, I'm surprised at how oblivious I'm to the tiny details of her and her house. I try to remember the correct place, the 'her decided' place for the mat, but can't, and eventually give up.

The doorbell rings. It's the sweeper who has come asking for mum, for her bank account details. I realise I don't know a thing about her passbook or when did mum get her a new account in the nearby bank.

"Hello, maa. Where is Satyaprabha Didi's passbook?", I think I should feel embarrassed, but I cover it with my mum's super efficiency that's incomparable to mine and also the fact, that I've lived in hostel for the past 5 years.

"That's in the basket near the dining table. Don't give it to her. She'll misplace it. Just give her the account number and tell her to go to the bank and tell Amit that since I'm not there, take care of whatever she wants."

I repeat this to the sweeper, like a 2-year-old, word-by-word, without knowing who is Amit or what will he do to help her.

It's been 3 hours since I've returned and there have been 3 people on our doorstep to ask about the whereabouts of my mum. I feel somewhat tired of repeating the entire story and simultaneously trying to fight the dullness that lulls over every corner of the house.

While 'dusting' the house, my thoughts wander to her.

God, I miss her. I miss the way she makes the sounds of utensils in the kitchen. I miss the way she comes into my room every time and switches of the WiFi router assuming that it's not in use while 4 downloads are pending on my phone. I miss her humming which I make fun of most of the times because of the wrong lyrics. I miss her high pitched calls from the other end of the house to show me how 2 pigeons are dancing around the water pot she's kept for them.

I wonder how much I've underestimated her and the tiny things she does while walking around the house. The chores, the people she talks to, the affairs of our 24-apartment building where everyone has their own quirks-it's like all others here have been and are more aware of her presence than I'm.

And like any of my realisations, this one ends in a resolution-to tell her more than ever that she's being missed and she's important enough to never forget. I also promise myself to write her a poem in Hindi (her proud preferred language choice) on her upcoming birthday. I know it's just the heat of the moment, and it'll be forgotten as soon as she returns. But, somehow, the promise makes me feel better.

"Hello, maa! It feels pretty dull without you here. It's like the life of the house gone", I feel crazy for calling her to tell this, but, I guess it's needed.

"Obviously", she replies, trying to act all cool and nonchalant about it.

"How's Dad been managing food?", She asks her most important concern.

"He had made lots of rotis and parathas for himself on Sunday. It has lasted 5 days, including today", I tell her, remembering how he used to fret when she did the same for him before leaving for any (short/urgent) tour.

"Now I'll prove my point in front of him", she smiles through the phone.

I smile too. Their fights are always like that. Once each of them have proven their points, spoken enough, they revert back to their normal bond, as if the other phase never happened.

She has to go. So, I hang up and make my return to the solace. I'm still awestruck at the overwhelming feelings I'm having for her right now. I try to remember her scarred fingers which get burn marks every now and then and how she ignores them as easily. I recall her eyes and the wrinkles around them that show her physical age, but, not the age of her heart that's still years younger.

And lastly, I play her different, irritating lectures in my head, in her voice. And it's then, when I look around, I realise that we don't have wind chimes in our house. I think we don't even need one, because in the rooms that are so disturbingly quiet now, in the corners that currently lack the lively vibes, there's her sound that's everywhere and always to keep everything in place.

I realise she's not only the chime of our house and our lives, but also the wind that creates it. 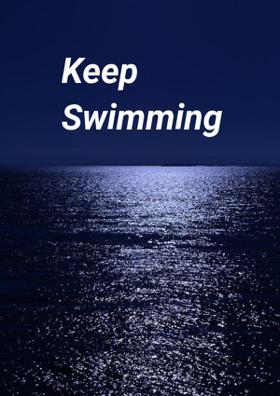