Keisha swivels her hands in the air, attempting to bring out the power inside of here."Ancestors, oh please help me", she whispers. Just then, a sphere of water rises from the ocean, droplets also floating in the air. Then Keisha performs a series of precise moves."Left then right, back, and front", she thinks to herself as she does the actions. Suddenly, a hand lays on her shoulder. Keisha, startled, messes up, turns around with the water over her head, and puts her hands down. Unknowingly, she drops the water on the creeper's head and realizes that she made a mistake.

The creeper was her brother, Maro. Maro replies as he tries to unwet himself with a slow voice, "What are you doing at this time."Keisha looks around and sees the cool breeze crash against the bright moon."Oops, my bad, I didn't know it was night", she lies. Maro, shivering with the wind, grabs Keisha's arm and marches her home."Now sleep, Maro says, and don't even think of waking up." The next day, Keisha eats her breakfast slowly just as Maro comes in urgently."Take cover, we are under attack by the Light nation", he whispers. Keisha, however, doesn't listen to Maro.

Instead, she arms herself, and gets out of the tent, met with an unfamiliar face."Who are you", the soldier asked. Without replying, Keisha pushes the soldiers, confident that she broke his bones, and made a run for it. As Keisha was just about to climb the raft to escape, she was held back but some soldiers with knives in their hand.

Keisha was smart enough to cooperate or it would cost her life. She was brought as a prisoner to the giant ship that lay across the ice shore. Soon after she stayed at the ship, she was met by a kid who looked like the same age as her."Who are you", he asks. Keisha doesn't reply. With a slow voice, he asks, "Would you like it if I introduced myself first."Keisha nods as slow as a snail."Oh well, I am Nico, son of the king of the Light nation, now you must tell me who are you", Nico says, raising his voice. Keisha replies with a soft and nervous, "I am Keisha, one of the only water keepers left in the Northern Water tribe."Nico tipped out the sound of this.

Then he whispers to the soldiers about something. Keisha only heard little of the conversation, for example, the words father, report, test, and warrior. Soon after the soldiers leave, Keisha asks what about the conversation."What were you talking about", she asks."Nothing, none of your business", Nico replies, slightly worried. Once the soldiers come back, a pot of water is visible."Do your thing", Nico says, with an impatient voice.

Keisha finally understood him. She performs her ancestor's series of moves. Then she raises her hands. With her hands, the water from the pot began to shake."Oh my", Nico said. Keisha swivels her hands in a spiral-like formation and releases her strength out slowly. The water begins to rise as Keisha struggles to keep herself in her position. Suddenly, a man in a black cloak barges through the door. Keisha's concentration is broken and she turns to face her horror. A dark face with bright red gashes on his cheeks appeared right in front of her. 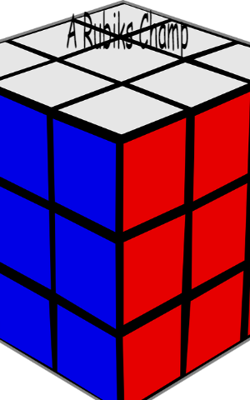 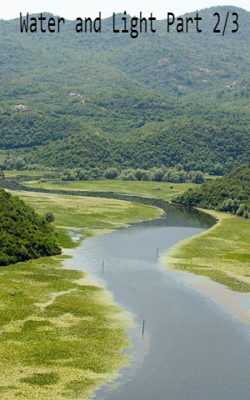 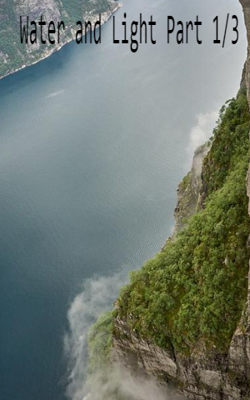