Under the Blue Sky

Under the Blue Sky

"Those who have never seen a leopard under favourable conditions in his natural surroundings can have no conception of the grace of movement, and beauty of colouring, of this most graceful, and the most beautiful of all animals of our Indian jungles." - - Jim Corbett.

Prologue - Produced below is a story made up of pure imagination inspired by the reading of Jim Corbett at many stages in life. Care has been taken to respect the theory of conservation of wildlife.

Jodu got up hurriedly and rushed outside his small thatched house. He went straight to the coop where his hens were kept. Because he had heard a lot of rustling of feathers and the cackling sound from his hens. Beside the coop was the shed where two cows and some goats were kept. He had heard the bleating of goats and mooing of the cows too. Something must have alarmed the animals. It was still dark and there were few hours left for day break. Curiosity got the better of him and couldn't keep Jodu in bed. It was difficult to count all the hens but he suspected something was amiss.

Later on in the day Jodu's wife informed that there was one hen less in the fold. Jodu didn't give much thought to it but couldn't ignore it either. What was it that had made the animals restless in their sheds?

Jodu was a small time animal keeper from whose produce he maintained himself and family. Like Jodu there were other people who depended on the livelihood of animal husbandry in this village of Ghola. It was a small village with fifteen to twenty households. All the occupants were into animal husbandry as a source of living because farming was not possible due to the terrain of the land.

The village of Ghola was set on the western banks of the river Foli and on the eastern bank was a big forest. The forest was very thick and deep and covered a huge area of some good many square kilometers. The sun's rays hardly reached the bottom of the jungle being so deep with foliage and under brush. People of Ghola rarely ventured there except for emergencies like fire wood. Because there was a fear of wild animals. Once in the forest the villagers ensured to come out of it in the early afternoon because much before sunset it became very dark inside and it was difficult to trace one's way out of it.

The next day Raghu the neighbour of Jodu shouted out to Jodu to come over. Raghu also had an identical farm stead like Jodu with equal number of hens, goats and cows. Raghu complained that he was finding one hen less in his fold and asked Jodu if it had crossed over to Jodu's. Jodu confirmed in the negative and joined in saying that he had also one less in his fold. Both agreed to keep a watch out for suspicious activities.

Few days passed without any incident. Then one day another villager Dayal having his house and animal shed few houses away from Jodu's shouted one goat kid was missing from the shed. However no one had observed any suspicious activities in or around the village of Ghola.

One fine morning all the fifteen twenty male villagers camped in front of the forest rangers office. The ranger was Debi Prasad and he had a team of a dozen people. Among them was a sharp shooter

Shambhu Roy. This Shambhu was a dare devil and had helped track many wild animals that had threatened human lives in the past many years.

As usual Debi Prasad entrusted the job to Shambhu.

Shambhu assured the villagers to leave the worries to him and go back home.

Shambhu took two of his crack assistants and camped at the edge of the village from where the forest began across the river. All night they would be on patrol duty keenly observing any wild animal movements. The first couple of nights drew a blank. On the third night just few hours before day break Shambhu and his team were alerted by a stealthy movement. Years of handling such cases had sharpened the instincts in Shambhu and his team.

All of a sudden they saw a flash of movement. Some wild animal had secretly attacked a farm stead and was carrying a hen in it's mouth and bolted away towards the jungle. Before the team could realise what it was the creature had vanished into the darkness of night into the forest.

Shambhu and his team decided to put up two trap cameras on to two tree branches above one opposite to each other. The camera were connected to a monitor based in the forest office where the images would be tracked.

Some days passed without any development. The villagers became relaxed. But Shambhu could not relax. His team's worry mounted. Dealing with wild animals for many years had taught Shambhu to be patient and his team also were mentored likewise.

The camera also did not record anything so the monitors due a blank.

Then after few days there was an event. One night a villager screamed that his goat was bleating insanely. Shambhu and his men ran towards the direction of the shout. In the commotion they saw a flash of movement of bright golden yellow in the dim light of night. A goat kid was being dragged but could not be accomplished and left abandoned. From the images caught in the trap camera it looked like a leopard but as the images were hazy couldn't be ascertained.

Shambhu and his men thought of a strategy. They convinced the villagers of using the idea of live bait to lure the big cat. A young goat kid was kept tied to the trunk of a tree. Shambhu and his men took up positions on the trees near about on observation.

At the dead of night when there was no sound and silence all around, a slight rustle of bush leaves alerted Shambhu and gang. The kid started bleating wildly. Then all of a sudden there was a fierce flash of bright yellow. A leopard had just struck the goat kid. Shambhu and his men were sitting in their position armed with their guns. Nowadays the guns do not hold actual bullets for killing but in their stead the bullets are tranquillisers to incapacitate the wild life temporarily. After tranquilizing the animal then a decision is taken about the future of the captive.

Seeing the leopard attack the kid, Shambhu fired a round of tranquilizing bullets. All of the shots missed the target. The leopard seeing himself not being hit left the kid alone and bolted away towards the forest.

Soon after this Shambhu got down from his perch on the tree. His team also followed suit. Then Shambhu having a hunch gave himself a try and ventured towards the forest. Slowly the night was coming to an end and long slanting rays from the early morning sun was filtering through the thick foliage. Shambhu had a hunch that the leopard was close by and would certainly return.

All of a sudden there was a big leap and before Shambhu could realise the leopard was about to fall on him headlong in attack. By sheer reflex action the trigger went off his gun by the impact of suddenness. The bullets hit the soft belly of the leopard square on and made it fall headlong just way ahead of Shambhu. The impact of the falling leopard had cautioned Shambhu to plunge himself out of the leopard's path. In a fraction of a second all of the action took place. The leopard fell down on the ground dazed and almost like dead. It would remain this way few hours and whatever had to be done would be done before it's awakening.

Immediately Shambhu's men tied the leopard by the legs to a thick bamboo pole and carried it suspended from it. The leopard was put on a caged truck of the forest department and driven away to the vet hospital to the block town some distance away.

There the doctors examined the still sedated leopard. It was a beautiful creature, golden yellow with deep black spots. It was a male just past it's prime but still had some years of life. He had injured himself and one of his canines had broke rendering himself helpless in catching his prey. So he fell upon hunting of innocent prey like hens and goat kids which were easy to catch.

Later on it was decided to transfer the leopard to a safari where it would be under the protection and secure with available food. He would not have to search for food. In the safari he would stay in surroundings similar to his natural habitat under the Blue Sky. 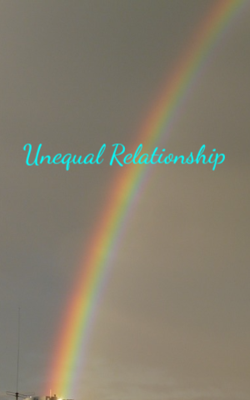