The Jatayu forests received a visit from Inspector Chetry. Cops came forming groups in three PCR vehicles. Hound dogs accompanied their masters. Inspector Chetry hereditarily joined the Police Service. Most of his family members belonged to the Gorkha Regiment and the Special Protection Group. Some of them retired the reverent force due to the new leader, though. Chetry was no extraordinary but trustworthy and highly active. He was distinguished on terms of the fitness and strength prowess.

Chetry allocated his men in a fixed pattern. Five havildars were sent to the entrance in order to obstruct civilians. Sub inspector and four other policemen accompanied Inspector Chetry. The lush green forests with an expanse size were a heavy duty for the team. They were equipped with sub machine guns as precautionary measures in case of Tiger interference. Owing to the state of fear among the public, civilian interference was not there. The team walked on straight for many a minutes without any affinity. “No blood yet” Chetry murmured to himself. “We should be looking for grass being stomped upon. They would indicate, you know, shoeprints” the sub inspector suggested to his senor. Chetry showed him thumbs up and the police started looking. The Jatayu forest was vast and deep. Branches hung down from many trees. Sacred Firs stood tall making the forest darker at several spots. “What do you think about the tigers, people?” Chetry asked.

The policemen showed their guns and everyone shared a laugh. “I guess we should have bought the Forensics” the sub inspector commented. Chetry agreed with a nod. As they walked on, the wireless of Chetry received a message, “Sir, a recommendation named Gabriel says he should be joining the search. Permission?” Chetry recollected the memory of SP Shah saying the name last night. “OK! Please let him in. I am sending a policeman.” Chetry commanded. The walk resumed for the rest as they could not find the shoeprints or blood prints. Some moments later, the policeman and Gabriel came running towards the team. “ Sir! Sir!” the policeman clamored as he ran along with Gabriel.

Gabriel wore a Blauer hooded leather jacket and boots. Chetry approached him with a handshake. “Gabriel Orang, people. He is currently a trainee and will be joining upper rank after a few months bossing policemen like us” Chetry introduced Gabriel to the team. A narcissist Gabriel broadly smiled and did a Navy salute in return. He accompanied Chetry side by side. “We are looking for probable shoeprints. There are none. Maybe, we should have bought the Forensics along with us” Chetry said to Gabriel. Gabriel gave a sly smile. “You know Sandip Gurung?” Chetry asked him again. “Yes! He is your brother’s son. Is not it?” Gabriel replied.

“How do you know?” a slightly surprised Chetry asked. “I prefer knowing things when it comes to associates and enemies, Sir” Gabriel said. Chetry latently appreciated the new guy. Gabriel took out his field glasses and started running at a low pace tilting his head in all directions. Chetry instructed the others to follow Gabriel. “Please walk and look for shoeprints” Gabriel said. The hounds got more alert and the atmosphere became energetic. All of them got busy looking for leads. They covered many kilometers bushing off the shrubs and weeds. A few squirrels ran along Gabriel too. Gabriel stopped at a point and adjusted his field glasses for better focus. Chetry and the team took a halt too. Gabriel turned back and indicated a lead as he broadened his eyes and pointed his index north.

The team started running. “Who are we approaching, Sir?” Chetry questioned. “Wild Dogs!” exclaimed back Gabriel. “I see a pack of Dholes running in the direction. Fasten up our hounds” he advised. They tried the best not to clamor. The hounds got elevated near a fresh portion of the jungle. Gabriel took slow steps at that point and saw the pack of Dholes feeding at something. The pungent smell of the dead made the doubts disappear. Gabriel made harsh onomatopoeia sounds and the Dholes cleared the way for the strangers. Gabriel went towards the body pressing his nose hard.

The policemen took out their masks apparently. A naked lifeless body was dug inside partially with only the face and legs being visible. Centipedes and wild cockroaches were inside its empty eye sockets. The face was bludgeoned infinite times and the skull got stomped. “We will need a shovel, Sir” Gabriel said. The sub-inspector communicated the message in the wireless. “This is not at all, Jaan Patnaik” Chetry said sadly. Gabriel just looked at him blankly. He started taking rounds around the body. He could see eagles in the forest and got the reason behind the empty eye sockets. “The pungency is affected by acid” Chetry told. Gabriel sensed the smell and agreed that acid has been poured. The havildar came running with two shovels.

The body was not dug properly. It looked like an exhausting dig with close substitutes of shovels. Two policemen started digging out the body and a horrific end of inhuman actions came out in a physical form. Gabriel got close to the body and examined it from top to bottom. The police personals turned back their faces swiftly. Gabriel was not heavily bothered, unlike his associates. The whole body had been lashed and whipped with some bludgeon object and the genitals were defaced. “You were right, Sir. His balls are reduced to nothing with acid” Gabriel told Chetry. “But, is he even connected with the ‘Jaan Patnaik Case’”? repligred Chetry with intonation distinguishing the Jaan Patnaik case. Gabriel moved his head side wards saying “No! He is connected.

There is no other dead body in this vast forest. The shirt of Jaan Patnaik had minimal blood and the resemblance of the blood is with this dead guy’s bludgeoned face. There was blood in the shirt’s outer layer instead of the inner layer as if it flowed. If anybody is killed, there would be blood covering both the layers and we missed that. Gabriel added saying “Jaan took the flowing blood from this dead guy’s face and genitals. Then, he gave us the false impression he wanted to give. But, we need the forensics to be sure”. Chetry and the team were in awe of Gabriel’s skills but devastated at the same time.

A call came to Chetry in the mean time. He picked it up and stared at Gabriel. “What?” Gabriel asked with curiosity. “Civilians near the toll gate saw Jaan dancing inside the car” Chetry deeply breathed saying so. Gabriel walked away from the team for a while and lit a Marlboro. He looked at the dense Sacred Firs and realized how his dream of seeing live dead bodies set his mind ready for the night’s nightmare. 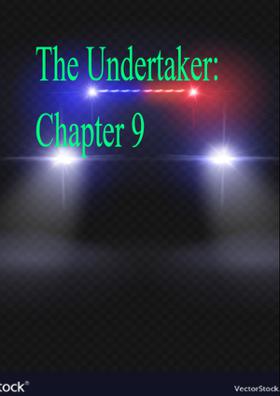