It was a hot summer day. Sofia said, "Jafar, Jafar please announce in the whole kingdom about my marriage proposal and write in the letter that the man who will solve my five questions will be my husband and the Prince of the empire."Jafar said, "As you say my majesty ."Sofia wished for a king who could be capable of controlling the whole empire, under whom the empire would never disintegrate. She wanted a king who would be loyal and take care of the needs of all the subjects of the kingdom. Jafar sent a messenger to give the command of Sofia to all the people of the kingdom. The messenger announced the marriage proposal of the princess and told about the timings.

It was evening, several people gathered in the palace to see who wins the heart of the princess. Princess addressed the people, "As you all know that I want to marry a man who can take care of my kingdom and will be good in behavior. So now I will select 10 men amongst you all and then rest can leave. I will ask the question from that ten people "So now the princess selected the 10 men and others went away. Princess said, "Now it's time for me to ask the five questions ."Princess said, "Jafar please ask the questions from that paper. "Jafar said, "As you say my majesty ."So here's the first question, "What can you break even if you never pick it up or touch it? Everyone answered turn by turn but the only one guessed the answer. Jafar asked another question," What goes up but never gets down".The crowd received the same kind of response. Now it's time for another question that is, "What gets wet while drying. "Again same response was there."Jafar asked another one that is, "I have branches but no trunk, leaves, and fruits."Again nobody can answer except one."Now it's time for the last question that was," I follow you all the time and copy your lives but you can't touch me or catch me. What am I?"The crowd was surprised that the person has answered all the questions but we are not able to answer any of them. So the crowd saw a clear winner who could answer all the questions correctly and the name of that person is Chandra. Chandra was a nice and kind-hearted man. He was very intelligent and the princess was very happy to see Chandra because she believes her that he can rule this kingdom. The next day Chandra and Sofia married. Princess was also very happy because she completed all the steps which her father said her in the letter and got a nice guy who is good at all the works. So the Sofia and Chandra lived happily ever after.. 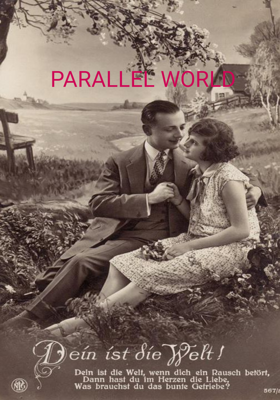