He looked intently at the fingers moving swiftly over the keys of the piano and listened keenly to the symphony which emanated from those fingertips. With his hands gripped tightly around the bars of the window, he leaned closer to have a better view of the musical notes before them, which were a combination of musical symbols which he couldn’t decipher. The spacious hall with high ceilings reverberated with the sound of musical instruments, the music sinking deeper into its white walls.

He tiptoed at the window to catch a glimpse of the diverse activities within the music school. There were few of his classmates revising their piano lessons, their heads bent over the keys and a few strummed guitars in a corner, trying to strike the right chord. The high- pitched sound of violin arouse from the room nearby and on craning his neck, he could see people drawing their bows across the strings of the violin, producing a melodious tone.

On most days after the class hours, he found himself at the window of the music school, observing all the activities within with keen interest. He always imagined himself amongst them, at the keys or may be strumming a guitar at the corner. But deep within, he knew that the dream was so elusive.

At night, as his mother pulled the bed cover upto his chin, he reluctantly asked,

‘Mom, can I join the music school?’

He could hear the storm raging outside the window in the silence which followed his words. His mother’s warm fingers lingered lovingly at his cheeks for long before she replied softly,

‘You know that we can’t afford it, Rian’

‘But I love music so much, Mom.’, he said and sat upright on the bed, pushing away the bed cover.

A gush of wind entered the room as if to embrace him. The downpour lashed against the window and it creaked, unable to resist the force.

‘Good night Rian. It’s getting late.’ his mom said, planting a kiss on his forehead and left the room much to his dismay. His eyes started welling up, partly due to rage and partly due to sadness. In the dark, he sat listening to the heavy breathing of his brother beside him and slowly drifted off to sleep after so much of effort.

The next day, as he passed the gate of the music school with the symphonies flowing out of its windows, he looked longingly at the huge building for a long time, the same way he gazed at stars in the night sky, beautiful yet unreachable. A stream of students came out of the huge wooden door after their classes, carrying their musical instruments which were carefully secured in their respective cases. Rian averted his welling eyes away from them and moved away.

As he crossed the street on his way back home, he noticed a small gathering at a corner, which was quite rare in his neighbourhood and moved towards it, beaming with curiosity. He noticed that the crowd comprised of people from all walks of life, who had stopped by amidst their rush back home and all of them were talking in hushed tones amongst themselves.

At the centre of the crowd stood a man, who was dressed in a denim shirt and faded black jeans. The hood of his shabby sweat jacket concealed most of his face. He stood with his back casually resting against the wall and held onto a brown acoustic guitar. The man tuned the guitar and soon started stringing it. Rian was amused by the ease with which his right hand strummed the chord, with his left hand holding the neck of the guitar. His fingers moved swiftly over the chords and he started humming a song by ‘The Beatles’,

‘There’s nothing you can do that can’t be done,

Many started tapping their feet as the music flowed effortlessly from the tips of his fingers and his lips. Rian stood entirely lost in the piece of music as if entrapped by its magic power. It was different from the music which he had listened to while peeping into the music school. He couldn’t ascertain what made him feel so, but listening to the man felt like an out of the world experience for him. Rian felt the blood rushing in his veins as the song finally ended with the line,

The crowd broke into applause but the man stood indifferent to all of it, still cradling his guitar. The sun cast a long shadow of the man on the ground and Rian felt the beads of perspiration appearing on his forehead.

The crowd receded with each song as time passed by and at twilight, Rian found himself all alone with the man. He was still strumming the guitar even as the streetlights came to life one by one. The music echoed in the deserted street, under the night sky speckled with stars.

After a few more minutes, his fingers finally came to a halt and the man removed his hood, revealing his face in its entirety. Rian observed that the face of the man offered a striking contradiction of both extremes of age. He felt that the man could’ve been twenty and fifty at the same time. He had a salted beard along with hazel eyes that held a youthful glow within. The man placed the guitar in its case with his sturdy hands and swung it on his shoulder, humming a tune all the while. He took out a cigarette from his jacket and was about to light it when he noticed the boy, still dressed in his school uniform, with the schoolbag clinging to his shoulder.

‘Hey, why don’t you go home?’, the man asked, dropping the cigarette back into his pocket and eyeing the boy with curiosity. The glow of the streetlight from above illuminated the curves of his long face more clearly as he motioned towards Rian.

Rian felt his heart racing. He felt an urge to turn on his heels and run straight back to the warmth of his home. The man was entirely puzzled by his reaction.

‘May I know which music school did you attend?’, Rian finally asked, mustering up the courage.

The man was taken aback by his question but soon his lips broke into a huge grin. He bent towards Rian and replied,

‘I did not attend any. In fact, I got kicked out of all the music schools midway through the course.’

Rian could hardly believe his ears. The man let out a small laugh and beamed at him.

‘But then, how could you do this?’, Rian asked, his eyes wide with wonder.

The man considered the question for a moment before answering. Then, he knelt down before the boy and gently pulled him closer by the arm. Rian felt a chill down his spine as he looked closer at the man’s hazel eyes.

‘What matters in life is not what’s here...’, he said, dipping his hands into the pocket of his jacket from which Rian could hear the rattle of coins.

‘It’s all about what’s here...’, the man said, placing his hand on Rian’s chest and patting it gently. Rian saw the flames of passion in the man’s hazel eyes which he had never seen in those at the music school. Instantly, he realised what had crafted him differently from the others musicians which he had seen till then.

The man rose with a smile and moved towards the empty street, a tune still playing on his lips. Rian looked admiringly at his silhouette walking away, the guitar swinging on his shoulder.

The amphitheatre buzzed with activity just before the commencement of the recital. People hunted for their seats and children were hushed up by their parents. The crowd suddenly fell into silence as the spotlight revealed the young pianist at the centre of the stage. Dressed in a black suit, he bowed before the crowd with a gentle smile on his lips. He progressed towards the low chair behind the piano with shining black surface. Slowly shutting his eyes, he placed his fingers on the keyboard as if caressing them. The audience waited with bated breath and his fingers finally came into action, moving swiftly and gracefully.

The music emanated not from the black and white keys on the keyboard, but from somewhere deep within the pianist himself. It felt as if the music notes were parts of his soul, which were strung together to create a masterpiece, that was presently echoing in the great hall. Amongst the crowd, many listened to the recital with their eyes closed, as if the music had transcended them from the mere plane of existence to somewhere far beyond. Some tried to dab their tears by the back of their hands, as the music notes unleashed emotions that were buried somewhere deep within.

As the pianist finally finished his recital, he was greeted with a standing ovation lasting for a few minutes. The young pianist bowed down before the audience, his eyes filled with gratitude. On the screen behind, flashed the words 'RIAN PAUL, MUSICIAN'. 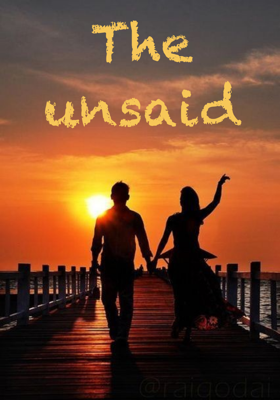 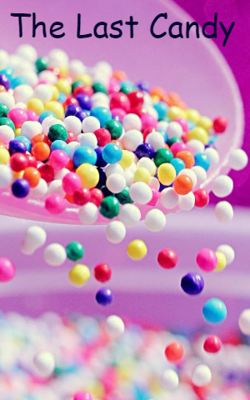 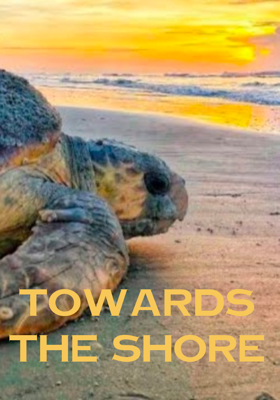 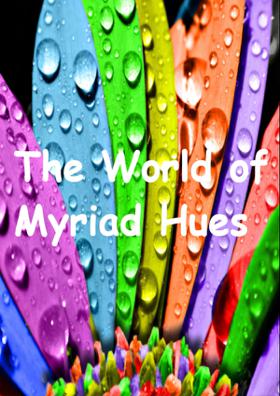 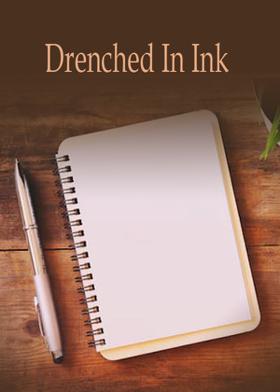