It's been hardly three months since my narrow escape from the hook of a fish pole. Therefore, I was not surprised when mom restricted me from swimming towards the surface. For the past few months, my exploratory journeys were limited to the coral reefs and rusty shipwrecks on the ocean floor. I spent most of my time gazing at sea anemones and chasing turtles and sea horses. Till a few days back, we used to have visitors every day, two-legged creatures with masks on their faces. They used to carry a huge tank on their back which looked pretty heavy to me. At times, they flashed lights on our faces and moved closer to harmless ones like me to get a better look. Every time it happened, I would pompously swim around them, exhibiting my colorful fins and scales which always impressed them, even though I had been warned against this act by my friends.

When I started getting bored of the red algae and corals, I decided to break my code of conduct and venture up towards the surface. I could feel my heart beating faster as the water started getting warmer. I peeped out and gazed at the surface of the vast sea extending all around me. A bunch of dolphins leaped above me, before gliding into the depths. As I swam around, I saw a seal leisurely sitting on a rock along with seabirds. A shark rushed past me sending a ripple all around. I looked up towards the clear sky above with the clouds roaming around lazily. The sun shone bright and I had to squint my eyes. I looked around for the black smoke which I had seen drifting out of a large pipe into the sky but saw none of it. The huge ships and boats with the two-legged creatures were also missing. As there were no fish hooks to look out for, I moved at a slow pace, taking in all the sights around. Unlike last time, I could breathe much better at the surface which spared my journey to the depths to catch a deep breath in between. I was quite perplexed by the sight of these many deep-sea creatures at the surface. I should say, there is definitely something unusual going on. The machinery stirring which pierced my ears on the previous visit is replaced by the howling of the soft wind. Also, I did not bump into cans and metals as before.

I could see the shore far away and I almost gasped with wonder as I saw plants interspersed amongst the brown terrain. I always believed that plants existed only on the ocean floor. Even though I tried hard enough; I couldn’t spot even a single two-legged creature there. There were no children chasing colorful balls, no one lying on the sand, basking in the sunlight, and not even a flicker of movement there. Just then, to my amusement I saw turtles, hundreds of them moving towards the shore. I turned back and saw many of them swimming past me and approaching the land. Within a few moments, they were spread all across the sand, rambling around with delight. They looked happy to finally enjoy the part of the planet which belonged to them as well.

I glided closer to the shore fearlessly, oblivious of the tiny virus that was creating havoc amongst the two-legged creatures, forcing them to stay indoors. For a long time, I relished the sight of this new world before deciding to swim back to the depth. 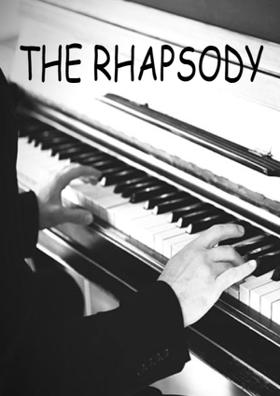