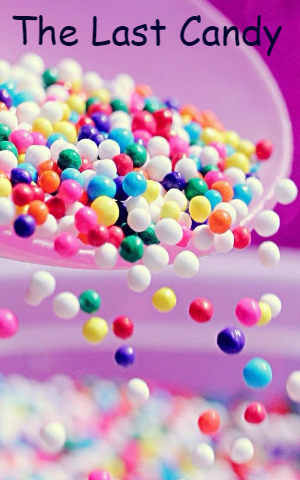 Iyra stood looking at him, her tiny hands grasped tightly around the metal bars of the window. He was panting when he stepped in through the gate. By the time she sprinted to the living room, he had seated himself on the sofa. She approached him and smiled expectantly at her granddad’s face which glistened with beads of perspiration. He gazed back at her with tender eyes, that were shielded by his black rimmed spectacles which he misplaced more often lately. Smiling with the proficiency of a magician, he dug his hands into the breast pocket of his shirt and Iyra’s eyes grew wide with excitement. He held out a few coloured candies in silver wrappers, the shiny gleam on their surface reflected in Iyra’s eyes. Grinning widely, he placed them on her palms which soon overflowed with coloured sugary globes cloaked in silver.

She ran back to her room in search of the blue box that was lined with pearls and had the image of a mermaid on the lid. Iyra placed the candies in them alongside the remaining ones from the last time. She placed it beside the stuffed penguin on her table.

On returning to the living room, Iyra found her granddad fast asleep on the couch. She moved towards him with gentle steps and sat quietly beside him, noticing his chest moving up and down with each breath. His mouth was slightly open and his glasses had slipped further down the bridge of his nose. Iyra ran her fingers through the wrinkles on his face while he slept, hoping that she could flatten them out the same way her mother straightened the creases on her dad’s shirt with the iron box every morning.

When Iyra was half way through the second grade, she noticed that the ‘Z’ word had been lurking in her home since a few days. She heard it frequently in late night conversations between her parents and in those YouTube videos that her mother watched with rapt attention. She was hushed up whenever she inquired about the long word which she found hard to pronounce.

‘ALZHEIMER’S DISEASE’, Iyra had to spell it multiple times to get it right. Apart from the fact that it was the hardest word that she had learnt till then, all she knew was that it had something to do with her granddad and his memories. Last week, he had lost his way back home and wandered for a few minutes in the opposite lane, before being redirected by someone. After this incident, he had been confined to his room on most days, wherein he read the thick books on the shelf which were layered by dust and slept soundly during day hours. His daily evening stroll which brought home Iyra’s coloured candies came to a halt eventually.

Midway through his usual story telling routine with Iyra, he often forgot the course of the story and mixed up characters. So, they decided to switch roles, with Iyra narrating the stories from her textbooks while he keenly listened. She also started noticing that he couldn’t recollect the names of his relatives when they dropped in for a casual visit and he would often detour the conversation to insignificant incidents in the past. Iyra’s parents flashed an apologetic smile at the guests whenever this occurred.

One night, Iyra opened the lid of the blue box to gobble up a coloured candy and was startled by the sight of the single one that was left. The yellow candy twinkled in the box amongst the vacant silver wrappers. Tears rolled down her cheeks as she closed the lid. She grabbed the stuffed penguin from the table and paced to her granddad's room. The room was still, interrupted occasionally by his snoring from the bed.

Iyra gently placed her stuffed penguin and the box with the yellow candy on the headstand, right next to his folded spectacles. For her, the last candy resembled the dwindling memories in her granddad's mind. Iyra imagined his mind as a huge blue box in which coloured globes of memories where once neatly arranged. But overtime, they started to become haphazard and lately contracting. She wasn’t sure how many more candies remained there. But she wanted to be one of them. 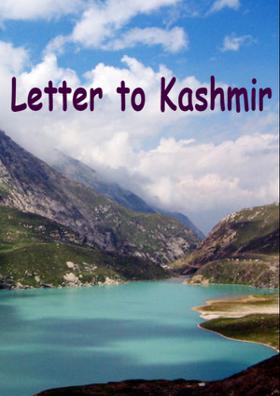