The seven members of the family sat around the hospital bed. One of the children in the family was recently shifted to ICU. Earth was barely aware of his surroundings due to the heavy dosage of painkillers.

“Why do you take so many painkillers? You know it is bad for you”, said Venus.

“My twin brother, I can’t help it. The species I helped to preserve and conserve are trying to destroy me and the worst part is that they don’t even know they are slowly killing me. They fight for things like air, water, and land which do not even belong to them. They even kill their own species and other species in the name of things which was created by their ancestors. With so much pain and suffering on my watch, I can’t help but ease it with some painkillers”.

Saturn and Jupiter came close to the bed and held Earth’s hand.

“Mum, Dad why are you crying? I have seen much worse things right? Remember the asteroid collision? Your son came out the other end like a champion. Also, we knew that I would be decayed from within when the Creator added mankind into the mix”.

“That is what I am saying for so long! Adding mankind was a huge mistake and I have sent petition after petition to the God of Destruction to eliminate the species but none of it was accepted”, said Uranus.

“Brother, you can’t be sending petitions like that to a God. He has other Universes to look after”, said Neptune.

“So what? Does that mean we are expendables?”, asked Mercury.

“I am very nervous and scared, to be honest. This so-called ‘mankind’ has begun to travel to me. I hope I will continue to remain inhabitable for them”, said Mars.

“Don’t worry Mars dear, they are not an intelligent species to figure things out as advanced as colonizing a new planet”, said Saturn.

“You might be underestimating them, honey! They may not be smart like the Senital species but they are becoming smarter at a fast pace. Let me go and visit Alpha Centauri and talk to few planets to find out a solution to this”.

Someone who was hearing the conversations between the planets decided to show up. The hospital room suddenly vibrated vigorously and a white fog filled the room. The white fog soon evaporated as the Creator himself appeared in front of them.

Everyone bowed down to the Creator. After approaching Earth, the Creator conveyed his wish to get well soon.

Uranus stepped forward to speak when Neptune stopped him. Neptune secretly nudged and whispered to Saturn to speak to the Creator about the issue. Jupiter upon hearing the whispers got upset.

“My Lord, kindly excuse my ignorant and intolerable son for his behavior. I tried my best to bring him up as a disciplined child yet he often chooses the path of a rogue”.

The creator smiled and said, I don’t see curiosity as ignorance Jupiter. Maybe someday you should also try and be curious and who knows it might help you to reduce your temperament which Saturn also wants you to reduce”.

The Creator came close to Jupiter and whispered, “A good husband always hear out his wife’s wishes and that my child is the secret for a happy marriage”.

The Creator then turned and said, “I would like to hear what your eldest son has to say”.

“Dear Creator, there is nothing you don’t know in the mighty life you create every day. However, I would kindly request you to enlighten us as to why you have created mankind species on my beloved brother. As you know my brother only had troubles from the day the species was created”.

The Creator answered with a smile on his face.

“My child, you need to put more confidence in your little brother. If I am correct, out of all of you in this room, Saturn knows the true potential of her son. However, I can see a newly developed concern in her eyes although that could also be because of the bond of motherhood. Let me give you all a brief explanation of how life works. Pay close attention as not many know this. Firstly all of you need to understand is that not all species are created equally. Just like how I and the destroyer God exists, some are created to spread hate, eliminate and destroy while others are created to love flourish and expand. Now does that mean the destroyer God is the villain? Absolutely not. When I created mankind, I made them balance each other out. I created ones that have a more sinister thought than the destroyer God and I have also created ones that are purer than our angels. However, most of them have been created with both good and bad within them. I do understand your concern as most of the species of mankind currently is exhibiting the evil side of them but I urge you to wait for a little more as I am sure that the species would turn over a new leaf in the upcoming centuries. Secondly, we need to keep in mind that this is a relatively new species with less brain development given to them compared to other species. I personally think it would be unfair if we take them away before they get a chance to shine”.

The creator held the hand of Earth.

“That being said, my child, if you do not want them in you then I will personally ask the destroyer God to eliminate them from existence.

While the entire family was in favor of eliminating the species, Earth had other plans.

“When I was created I was only a dwarf planet, but I was given the chance in the form of time which made me the planet I am today. I would like to give mankind the same chance, my Lord”, said Earth as the room once again was filled with fog. The Creator vanished into the fog with a smile on his face showering his blessings on Earth. 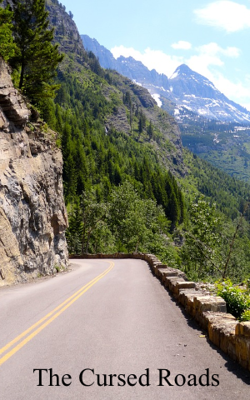