Once a Sailor named Jai was sailing by ....suddenly the sky which was covered in pitch-black clouds, started giving out thunderclaps. There were lightning, heavy rains and a dark and stormy night. Everyone aboard the ship got up scared and wondering what to do next. Suddenly his ship was stuck by lightning and his shipwrecked. People fell in the water like ants flung around. People were screaming, there were cries of help in the dark reverberating from all directions.

Jai swam around holding a wooden plank and somehow managed to swim to the island. He was so tired and sleepy, he slept in the dark. In the morning when he got up he looked around and was surprised to find himself on the island. He walked around and soon found the cave and the waterfall. He also found a grove with juicy fruits. Jai was trying to light fire to seek help and he was just walking past the shore when he suddenly saw a girl with beautiful silky long golden hair flowing on her back. she had a melodious voice and was singing a song which was so mesmerizing that Jai started following her in the water. He waded through the water and was slowly walking behing her as if hypnotised. suddenly something bit his feet, Jai screamed and ran back ashore. He looked at his feet, there was a crab which was stuck on his feet. Jai removed the crab and he remembered the girl with the melodious voice and he looked around for her. She had disappeared mysteriously. Jai thought maybe he was imagining things and went about gathering firewood.

Suddenly a fish grabbed his toe and he was about to stumble and fall. He angrily grabbed the fish and was about to throw it away, when the fish started talking. "Don't throw me please, i am here to help you, don't get into the water following the mermaid"

"Really" said Jai and held it in his hand. The fish told jai to whistle softly and stay on land.

Jai stayed on land and whistled softly. The mermaid turned back and she was so beautiful, he shiny golden hair flowing beacuse of the wind. She told Jai to follow her, Jai nodded his head and refused. She tried persuading him for some.time and started walking closer and again told him to come near her. Jai was adamant and he refused to go near. She got very angry and suddenly she transformed into a different being. Her hairs turned into tiny serpents hissing angrily, her teeth protruded from her mouth and she pounced on Jai. Jai ran towards his cave and when he looked back, she was gone. Jai didnt go near the water for some days out of fear. One day he was trying to catch fish on the shore, he caught a fish and it turned out to be the same talking fish. The fish told Jai that the Mermaid gets energy from eating black pearls. Jai should hunt for all the black pearls which are normally scattered aroud the island. The mermaid should be somehow made to eat a golden shell. The fish jumped back in water and disappeared. Jai quickly picked up. Aall the black pearls around the island. He had collected heaps of black pearls and stored them in his cave.

After making sure that he had collected all the black pearls, Jai waited. One day the mermaid came looking pale yet angry. She screamed at Jai, demanding the black pearls. Jai asked her to follow him to the cave. She struggled to slither through the sand. She slithered with a lot of effort and reached the cave. Jai tricked her and fed her the golden shell instead. Suddenly there was pink smoke around her and she transformed into a beautiful mermaid with a golden crown. She thanked Jai and told him that a sea monster had kidnapped her and cursed her to become a monster and she would feed on sailors and passersby's. She was waiting for someone to rescue her from the curse. Finally, Jai had rescued her...she touched the pile of black pearls and they all turned into glittering diamonds. Jai was astonished to see such a huge pile of diamonds.

The mermaid told Jai that whenever he wants to talk to her he can come near the shore and whistle and she will.appear. She arranged for a beautiful ship and escorted Jai till he was onboard and bade a final goodbye and dived into the ocean. Jai reached his home and built himself a huge ship and hired a crew. He went on to explore many more islands and places around the world and became an explorer. 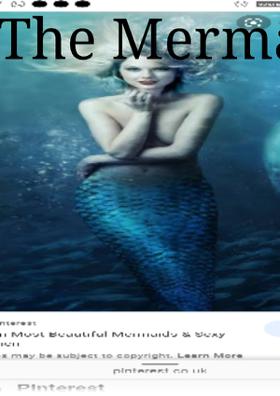