Beer has been brewed since 5000 BC, originated probably in Iran (Mesopotamia) and simultaneously in other parts of the world. Brewing beer was more of an art than science. However, the art turned to science post-renaissance. The paradigm shift happened because of the advancement of science and human needs. Brewing transformed from being an art practiced by interested individuals to a very meticulously and methodically executed, robust process.

A rich philanthropist, art collector, J.C. Jacobsen, had a brewery in Denmark. His beer was called Carlsberg...Carls was his son and berg meaning Hill...the brewery location. They brewed very good beers and gradually transformed the art of beer crafting into a rock-solid science of brewing. , The Carlsberg Laboratory in Copenhagen, Denmark, was created in 1875 by J. C. Jacobsen, the founder of the Carlsberg brewery, for the sake of advancing biochemical knowledge, especially relating to brewing.

Emil Christian Hansen was a Danish mycologist and fermentation physiologist. He was hired by the Carlsberg Laboratory. He had figured out that "Bad Beer" was a result of bacterial contamination or a result of wild yeast growth in the brew. Until then brewers would use old beers for fermenting newer batches. The use of a pure single culture ensured that the quality of beer produced upon fermentation was consistent in its taste, color, texture, etc.

Emil Hansen, a person belonging to an extremely modest and humble family, was the first to devise a method of isolating pure yeast cultures. He figured out that yeasts grow well when grown in solutions containing sugars. Hansen isolated two species: Saccharomyces cerevisiae, a top-fermenting yeast, and Saccharomyces carlsbergensis, named after the lab in which it was isolated. This is the yeast which is used to produce all the lager beers and is a bottom settling yeast.

His method revolutionized beer-making around the world. He became and remained the director of the physiology department for a very long time. There was another department, the Department of Chemistry at the Carlberg Laboratory waiting to revolutionize the world of science. A Chemist named Sorensen joined The Carlsberg Laboratory.

The pH of beer is critical, the yeast which ferments the beer is acidophilic (Grow at low or acidic pH). So pH is a critical parameter for the growth of the yeasts.

Till 1909 there was no concept of pH. Litmus paper has been the oldest method of determining the acidity and alkalinity of a solution. Then there was a transition from litmus paper to electrical methods.  A highly sensitive galvanometer which measured the current generated in an electrochemical cell.  Sorensen gave the pH scale to the world!! 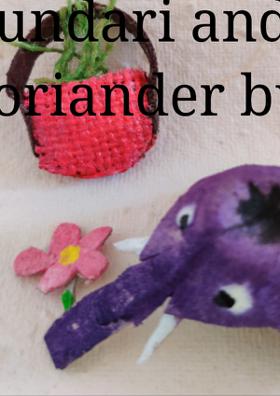