Emily had shifted new to the town "Royal town". She had found a job in the mall of that town. Emily was a shy girl with dark brown hair, charming blue eyes and a round shaped face.

It was her first day in the mall so she went into the parking and saw the first, second and the third floor. They didn't have that many cars and bikes but Emily thought otherwise so she went on the third floor and parked her bike there. There was also one old rusted car. Emily guessed that as it was still early that's why people hadn't yet come to the mall yet. But little did she know that there was a completely different reason and a very haunting one as well.

Her job was 12 AM to 10 PM so at 10:15 PM she went into the parking tired out but when she entered she noticed something creepy there was still no vehicles and she also got a feeling that someone was right behind her. She was feeling very frightened now so she quickly went to her bike and then something terrifying happened as she was opening the car she got a glimpse of a reflection it was a reflection of none other than a ghost.

The ghost was a she as she had long black hair and a evil smile which showed all her teeth. Her clothes were all teared up and she was levitating in the air. And just then the the parking light went out. Emily's face went just as pale as a white bedsheet cover and she trembled very hard. And to make it worse a horrifying crying voice came and then it changed to a deep emotionless voice which said "I will find you I will, I will, I will" and then Emily fainted. She woke up in the hospital bed and saw 2 blurry figures staring at her she noticed it was a doctor and the owner of the shop she worked for. "Are you okay dear I found you lying on the fourth floor parking". Emily noticed that how she shuddered while saying the fourth floor". "That parking is haunted" Emily said with a lot of fear in her voice. "Yes my dear" and like that they told her to rest.

Emily never visited that parking again in fact she got nightmares about this every day. 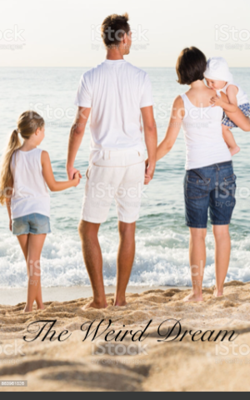