In my childhood days, my grandmother recited many stories to me. This is one of her story. The story goes like -

Shambu was very hardworking. He should strive the whole day to make iron ware. One day Shambu was sitting with two his friends. One of his friend said to Shambu, "Brother, I have heard that the haunted well has killed one more person." His another friend said, "No idea, which cursed ghost." Shambu said, "There is nothing like ghost in real life. All these ghosts are imaginary."

His friends said to him, "Shambu, you are very courageous. If you think so, why don't you prove it. Let's have a bet."

Shambu said, "Why not? What is the bet?"

His friends said to him that you will have to go to the haunted well at midnight and bring ten leaves of the Banyan tree that stands beside the haunted well. You will get 100 rupees for each leaf.

Shambu said, "Oh great, this will last me for a whole month. I accept your bet."

As soon as the clock struck 12, the three friends gathered at the village edge. Shambu's friend said, "From here you will have to walk alone. We will wait for you here only."

Shambu started walking alone. It was too dark and the wolves were crying as well. He heard some noises and a snake ran by his legs. He was frightened but he didn't stop. He kept walking and finally saw the haunted well and the Banyan tree.

Finally, he plucked all the ten leaves and went back. Now he was happier than before. Shambu reached the village and handed over the leaves to his friends. He said to his friends, "Count them. They are exactly ten in number."

His friends said, "The ghost didn't do any harm to you."

Shambu said, "If there would have been a ghost then only he could have harmed me." His friends asked him, "What are you saying?" He said, "There are no ghosts near the well or on the tree. It's just a weird owl. Looking at the owl the villagers were frightened and thought it as the ghost.

In this way, Shambu became the hero of the village. 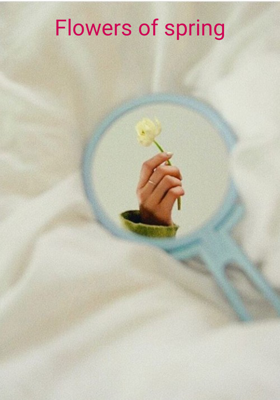