Kundan got up so early today and picked up the newspaper that was lying infront of the door. He went to the garden, like every day, after touching, kissing flowers, and leaves, sniffing them he settled on the chair. He loves to spend hours amidst the greenery, and this is like a mini-heaven created by him as he loves gardening. Kundan opened the newspaper and started looking at the headlines, but couldn't concentrate as it was a chilly winter morning and he was needing a cup of hot coffee. But, Neena is still sleeping. Last night she was busy with her office projects and slept so late.

Though Kundan loves cooking and makes tasty coffee he waited for Neena to wake up, so that both of them can have coffee together and can make some interesting weekend plans. Both of them work in the IT sector, and every weekend they do something new, go for outings, enjoy watching new movies, participate in charity events, visit friends and enjoy yummy foods. But, this time he won't allow Neena to win, though he knew that at the last moment Neena will emotionally blackmail and convince him to buy tiger prawns, or mutton, or pomphrets, hilsha or any other expensive seafood stuff for Sunday cooking.

Kundan has not eaten his most favourite small fish curry and dry fish cooked in with mustard gravy since last one year. He wants to have some stuffed dry fish and water rice. When it comes to food, Kunand and Neena are totally different from each other. Neena has got super expensive taste bud while Kundan has an inclination towards the typical middle-class foods. He loves foods cooked by her mother, especially small fish curry in mustard gravy. Last time when he had visited his hometown, his mother had prepared it for him. But, after coming to Banglore he is dying to eat.

Though Kundan has tried several times to buy some small fishes from the market and cook it with mustard gravy, yet Neena spoils his plan in the last moment. Because, she always loves to eat expensive fishes, seafoods and laughs at the idea of dry fish and small fish curry. For her that cannot be counted as fish.

Kundan is missing her mother a lot and also his favourite dish. He has grown up in a typically middle class family. They are five children of their parents. Kundan is the eldest son. His father was doing a small government job and with his limited income it was very difficult to manage the family. They had to live a very normal, low budgeted life and Kundan always remembers how his parents have struggled a lot to raise them. But the food made in the middle class family has no alternative. It is almost cooked with love that makes the food more palatable. But, he and Neena are totally opposite from each other when it comes to food selection be it at home, or at restaurant. Though they belong to the same city, childhood friends turned into lovers and finally husband and wife, yet they are different from each other in their eating habits.

Sitting in the garden Kundan strolled down memory lane when Neena and he were going to the same school. Both were classmates. Neena was then a very sweet, cute and jovial little girl. She was very smart, straightforward and outspoken girl while he was a very silent, reserved kind of boy. Neena was very regular in his class and reaches school on time, never misses a single class unless it's very urgent. One day, during the final exam, Kundan's ink got finished and that day he had forgotten his extra pair of pens at home. Seeing him so worried, Neena immediately gave her extra pen to Kundan and from that day they became good friends. Gradually, they started sharing their lunch, their notes and books with each other. Kundan always loves to eat what Neena gets because she brings yummy yummy foods everyday.

One day, Neena's father couldn't come to take her from school. So, Kundan gave her a lift in his bicycle and that day both of them went by Kundan's bicycle for the first time. After crossing three kilometres came Neena's home and she told Kundan to drop her near the Shiv temple as Neena lives at the backside of that temple. Since the road was very bad she did not want Kundan to ride on that road. But, Kundan decided to keep his cycle near the temple and accompany Neena till she reaches her house. Both of them walked, it was a narrow mud road, water logs at several places and pits. If you become careless chances are there that you may fall. Neena was guiding Kundan and Kundan couldn't believe that Neena is staying in such a place. It was a slum and most of the houses are semi concrete and asbestos houses. Neena's house is a asbestos house with concrete walls.

Garbages were dumped and spilled everywhere and the place was stinking like anything. Due to bad smell Kundan was covering his nose with his handkerchief. Neena invited him to her house. Kundan went inside and Neena's mother was very affectionate and greeted him like his son. She asked Kundan to have some food with them. But Kundan was very uncomfortable and he was feeling like vomiting. That day, Neena's mother had prepared tiger prawn curry, hilsha curry and pomphret fry as prawn is Neena's favourite, her brother loves pomphret and hilsha curry for his mother and father. Though Kundan loves all the dishes, yet due to the bad smell coming from outside he was in a mood to leave that place as soon as possible. Somehow, he managed to take a leave. But, after coming back, that night Kundan couldn't sleep. He was thinking about Neena and how she is staying in a slum and surprised to know that Neena's father earns through begging, he begs infront of the temple and at roadsides. He saw heaps of coins at Neena's home and when he asked why so much of coins, Neena's mother told him that "Neena's father begs them from people and that is how their family is being managed".

Kundan was feeling pity for his friend that she is living in a slum and belong to a poor family and his eyes filled with tears thinking about Neena. Then he was also thinking about the food served and couldn't understand that being so poor how Neena's family can afford for such expensive seafoods. Though Kundan loves eating them, yet in his family it is rarely bougt and cooked. In his father's limited income it was not possible to buy such seafoods.

Once in a year perhaps, his father brings hilsha fish and tiger prawn taste he has forgotten almost as he had eaten that in his uncle's wedding party two years back. But, how come Neena's family can afford buying them? By analysing the things he could understand that "Neena's family may be poor, but they try to live like rich and they try to live in the moment, they enjoy and live happily in the present". Being poor they know how to love life, how to live happily, whereas we middle-class people are so scared of life, scared of the future, thinking about tomorrows we spoil our todays. That's why we cannot be happy, we forget to smile, to laugh and enjoy. And he could understood that "perhaps that's the secret to Neena's happy recipes."

Their friendship became so strong day by day and ten years in the same school, and after that they studied in the same college, and also completed Engineering from the same institution too. From friends to lovers, and now they are life partners. So, Kundan never hurts Neena and doesn't like to see her sad and that's the reason why he always brings home what she likes to eat and both of them enjoy, cook and eat together the way they were enjoying during their student lives. 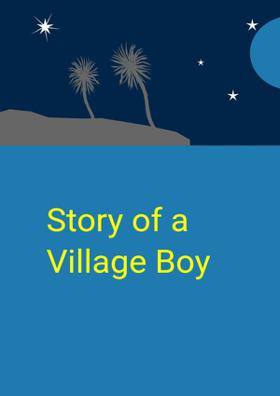