13-year-old Vistal Barendale sat on the steps of the orphanage. She had always felt that she didn't belong there. She always alleged that she wasn't an orphan. Her father had died before she was born. But she knew her mother was out there.

Miss. Adney was a young woman of 23 who helped out in the orphanage was the only pal of Vistal.

Vistal had been living there since the age of three. As she grew, the image of her mother still meandered her mind. Her mother's smile appeared in her thoughts time and again. She was told that her mother was dead. No one took her seriously when she said that her mother is still alive. No none except for Adney.

One morning as Vistal was reading the magazine that had arrived the previous day, she came across a headline 'healthy living', and it wasn't the article that caught her eye, but the writer of it. 'Racheal Barendale'. She sprinted over to Adney and told her. Adney looked the name up on the internet. Adney contacted her and asked her if she could come to the orphanage. Not knowing the reason, Racheal disagreed at first. Adney soon persuaded her and she agreed to come the following day.

She came the next day, Vistal went over to her eagerly. The woman looked perplexed and asked: "why was I called here?"

"Are you my mom, I know you are" asked Vistal.

The woman looked even more confused.

This wasn't the first time she confounded a woman to be her mother, this was the fourth time.

Maybe her mother is dead, said a part of her. 'NO' she told herself.

Every Saturday Adney would go into town. Some days Vistal would tag along.

One Saturday as usual Adney was heading into town and saw Vistal at her typical spot: the steps of the orphanage.

"Do you want to come Vistal?"

She was about to say no but changed her mind and said "yup, let me get my jacket"

As they stood waiting for the bus back to the orphanage Vistal saw a woman walking towards a building. Her mother's smile entered her mind.

"What are you saying?" queried Adney

"Adney, trust me on this

Adney knew she was off beam. But Vistal pulled Adney towards the woman. Vistal stopped the woman as she was about to get into the building.

"Hi, may I know your name please?"

The woman didn't respond like the previous ones. Surprisingly, she beamed. Tears streamed down her cheeks.

Vistal smiled. They hugged. Vistal could hardly believe it. All her life this is what she had waited for and it was finally happening. There was nothing else she desired. Nothing at all.

Vistal was lost. Lost in a new world.

"I need you to stay one more night in your present place. I need to get a lot of things prepared for my girl" said Eliana excitedly.

"Tomorrow at exactly 9 sharp I'll be there," said Eliana, her eyes radiant.

The next day Vistal sat on the garden bench in front of the orphanage at 9.

Vistal quietly stood up and went back in. she lay on her bed. Tears running down her cheeks. 'She said tomorrow, she said she would come' Vistal sniveled and muttered to herself.

She asked Adney if they could go visit her in town the next day. She agreed.

Vistal was about to get into the building that Eliana had walked into the other day. But she didn't have to. Elaina stood outside when she saw Vistal she retreated. But then came forward and said: "I know, I never showed up. I know I said I will. I know you are my daughter. I already knew that you lived here. Knowing you would look for me I left town but decided to come back as I couldn't get a good job elsewhere. But alas, you found me and I didn't say anything at first because I didn't want to ruin the moment. I am leaving back to where I came from. I can't tell you where. I can't. I'm sorry, I just can't take you back. I never did want a daughter. But that's what I got. I got something I never wanted and so I had to leave it and I did. I'm sorry Vistal. But don't come looking for me again. I can't……." Eliana went.

Adney watched from a distance.

Vistal fell onto the ground. She concealed her face in her hands and cried. She had never felt agony like this. She wasn't an orphan. She was abandoned. Abandoned by her mother.

She cried and cried. Depression, regret, and hate stirred inside her. She wanted to die.

You never know, do you? You just don't know what lies in store. It can be a whole different from what you wanted. It can give you the happiness nothing ever could. It can break you down into a million little pieces and leave you scarred for life. It can change you for good or the worst.

It happened. Over. Past. She told herself to move on. She lived this long without her. She didn't need her. She needed only herself. No one else.

She became everything she wanted to be and fulfilled her dreams. She forgot the painful past and made the best of what she could with her life. But deep inside she still thought why her mother had left her. 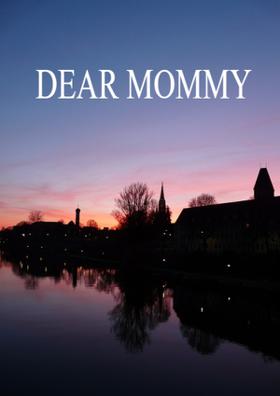