Mansoor was just 16-years-old when he realised his calling was not in the mainstream mundane life that all his classmates were aiming at. He was walking along a busy road. He spotted that old man lying down on the footpath in his tattered clothes, shivering from the December cold. Hundreds of people went past him but none thought of finding out what was wrong with him. A few of them at least looked back at home for a moment and proceeded while the rest of them just ignored him, as if he were a lamp post or a piece of rock! Mansoor could not do that. He bent down and observed that the old man was shivering from fever and had wounds on his feet and head, maybe from the fall. He immediately went to the local police station and reported that a destitute man was lying on the footpath, wounded and sick. The police gave him the number of some NGOs which took care of destitute and sent him away. Mansoor went back to the footpath and engaged an auto. Nobody around would come forward to help him lift the man. He did it all alone and dropped that man in a shelter run by another good samaritan Auto Raja.

Thus began a long journey of social service for Mansoor. His father, an ex-serviceman, motivated him to always keep doing such deeds. He continued his studies and completed his Diploma and later B/E too but all the while getting involved in social service. He has no specific plans. He is all over, whenever someone is in distress - destitute men, women, children, abandoned children, minors forcefully converted to sex workers, poor people in need of financial assistance for education and medical purposes and even animals in distress. He is ever on the run. In his journey, he has come across so many NGOs and has established contacts with all of them. So, whenever there is a call, he taps on the right source and networks.

He spends all his time only for the social causes, running from hospitals to shelters, to police stations, to blood banks, to schools, to Government departments and even to the crematoria. He himself is a blood donor. He worked for Datri - Registry of stem cell donors for a few hours. He conducted many awareness camps in many companies and organisations, got totally involved in arranging for donors, convincing them, getting them prepared for the donation, taking them to the hospitals for the procedure and later transporting the stem cells to the hospital which needs them, around the country. Such is his dedication that he when he is on such missions, he forgets his home, his hunger, and sleep.

He has groomed many volunteers in his journey and not many sticks on to such a mission for long. He does not bother. For him, life is all about being of use to somebody in need. His family feels that he should get into a job and have a stable income. But, Mansoor’s heart cannot settle down in a 9-5 job just for income. I have never seen such a soul so far, who is so passionate about social calls that he is least bothered about his own life, his comforts and about the comments that people around him make.

Anybody in distress calls him for help and he runs. There is a family with three children suffering from werewolf syndrome, whom he has been helping by taking them for an experiment in Russia, arranging sponsorships for their education and medical expenses and so on. He once happened to help a bunch of young girls who were rescued from sex workers, by admitting them to suitable shelters and the touts who had kidnapped the girls started harassing him physically and mentally.

Nothing stops Mansoor. He goes on. ‘Be the change’ is his motto. We can sit back and complain about a thousand things but we have a choice of doing our bit to make a change in society. Mansoor is doing exactly that. Many NGOs avail of his services for identifying causes, sources, networking and even finding a purpose to work for. He has ready answers to all of them.

Mansoor is one of a kind! My salutes to this great human being. 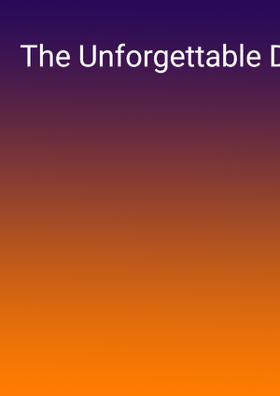