Locked Down In The Garden

Locked Down In The Garden

Yesterday was a great day! We had an art convention. Uncle still has a manicure to prove it. The decor is still up and we are still going to the stations. But soon enough, the forces of nature decided we were better off without electricity. Don’t ask about the relation of our garden with the electricity. You’ll find out soon enough.

The art convention banner was dangling from its post. We had used it so much since yesterday, but not as a banner. We swung on it like a rope swing and eventually broke it. Aunt didn’t care. She wanted it gone. So anyway, we were just watching TV, doing nothing, so on so forth, when the AC turned off. We thought something was wrong with it, but the room was so cold, we didn’t care. Once the TV flickered, though, we found out what happened. There was a power cut. We all went into the garden, cause it was so full of trees, we could probably live without a fan. Since we were in the garden, we decided it was better to get the water guns and balloons out and have a water fight. Aunt didn’t like it. “I want my roses white, not rainbow.” “We’ll use only water, no colour,” we protested. “Fine,” Aunt agreed. “But you have to stay in the pool.” We called uncle, got the floaties, balloons, and water guns, and jumped into the water.

Uncle joined us a few minutes later and we began the games. After an hour, though, all we wanted to do was sleep. So we took turns showering in the outhouse and slept under the trees. After a few minutes, it was raining oranges on my head. I looked up to see the triplets climbing up the tree, and Pepper hot on their heels. They were plucking oranges and were dropping them all on me. I climbed up with them, and we were soon enjoying a late lunch of oranges and apples. (The next tree was an apple tree, with its branches entwined with the orange tree). We threw the peels and seeds down, but we thought there wasn’t anyone down. But it turns out, the uncle took the spot under the tree once I left it. So he took an orange bath. Tamara walked up to him, took the orange peels, and put them all over her face. She thinks she can make everything into a face pack. But it works. She has flawless skin.

After our lunch, we went in search of Aunt Maureen, to see if we could do anything for her. She asked us to prune her rosebushes, with uncle. So we set to work. We found some pliers and began to cut away the extra twigs. But we didn’t know that a bud buried in leaves was also a flower bud. And we also had no idea that we didn’t have to thin the bushes. We just had to cut the little twigs popping out. But when have ever done anything right while working with Uncle Percy?

We snipped out all the twigs and began to look at them. We found a few rosebuds we snipped off and put them in uncle’s pockets. The roses we snipped of were tucked into our hair, as a self-decided payment. Then we saw that there were still a few sticks sticking out. We began to snip at them. We lost more rosebuds, roses, and thickness (of the bush). By the time we were done all that was left of the bush was the bits we snipped. So we gathered the roses, stuck them into the grass, and hoped they would grow.

Aunt didn’t seem to be surprised that we ruined her prize-winning rose bushes. She just shrugged us off. “I had to get rid of them anyway. I’m in a mood to grow pom-pom dahlias now. That’s why I let you prune the bushes.” We were offended, but what can we say. We actually do destroy stuff.

In all the ruckus, we didn’t notice it was going to rain. By the time we noticed it was raining, we were so wet we couldn’t go inside the outhouse because all the dirt would stick to us. So we jumped into the pool. Crazy logic. Right?

It stopped raining as soon as we got into the water. So we dried ourselves down and were greeted by the rain. We decided it was safer to go back inside and face the awkward weather than get wet and sick in the rain. We went in and found Tamara sitting on the sofa, watching a movie. “When did the electricity come back?” we asked. “It was never gone,” she replied mysteriously. I wonder what she meant. 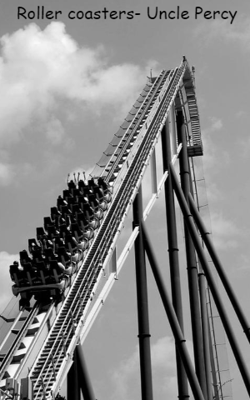 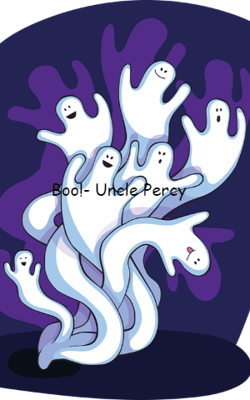 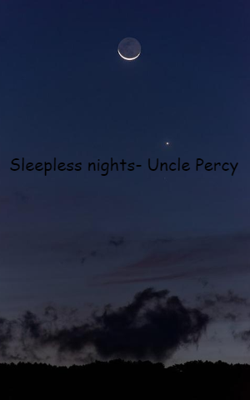